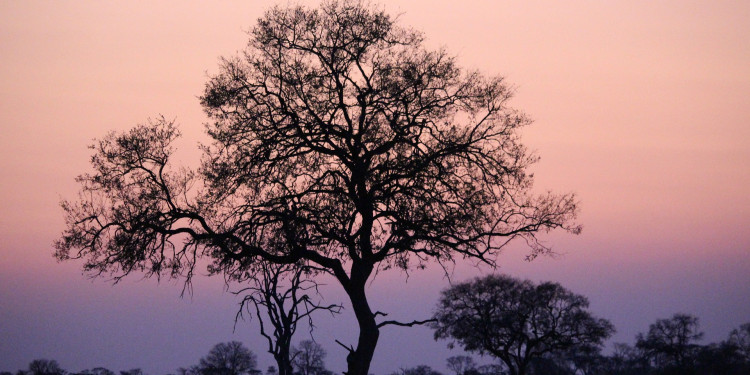 When the Forest Forces project started in rural Zimbabwe in 2013, there was a lot of anticipation. 60,000 vulnerable households, across four provinces, were getting five years to improve their lives and create sustainable livelihoods. Forest Forces was jointly funded by the European Union (EU) and the Food Agricultural Organization of the United Nations (FAO). The funding amounted to nearly $5 million dollars plus a share of equipment and vehicles distributed in 2015.

The aim of the project was to promote the sustainable management and use of forests in Zimbabwe. Additionally, the project sought to improve food security, curb malnutrition, and diversify livelihood sources. The diversification of livelihood was set to increase household resilience to threats of hunger and food shortage crises brought about by changing weather patterns.

Fast forward to 2019, and the project is officially complete. After visiting some of the beneficiary communities it is clear that the project impacted many lives. Before the implementation of Forest Forces, Zimbabwe had relatively high levels of deforestation and veld fires. The country was losing around 330,000 hectares of forest resources annually. Currently, veld fires have decreased. People are now taking pride in conserving their forests in line with global efforts to stop the adverse impact of deforestation on the climate. Some people have improved their lives and now safely rely on forest products as a source of income and food for their households.

Despite these achievements and progress, a significant number of the beneficiaries are still vulnerable and they are still to achieve sustainable livelihoods. It is a fact that Zimbabwe has had its share of socio-economic difficulties over the past years. These challenges may have somewhat made it hard to achieve the full benefits of the project. However, it is impossible to ignore the fact that while some people have found success with the implementation of the project, others in the same area, who received similar benefits, are still to get tangible benefits. These results are not unique, and similar patterns are evident with most of the aid given in developing nations. Is there a missing link that is differentiating these levels of success?

The issue of the effectiveness of aid has been a source of debate for many years. In a lot of cases, failure has been attributed to several reasons including poor implementation, donors’ self-interest, poor institutional environments, and abject policies in developing nations. Moreover, there is normally the issue of aid effectiveness being reduced by the ideological distance between donor and recipient governments. All these are plausible reasons, but there is usually little focus on the aid beneficiaries themselves. With Forest Forces as an example, it is necessary to understand how much the beneficiaries do to improve their lives outside of the aid given. Several problems stemming from the beneficiaries’ attitude towards aid are apparent.

Aid is meant to do much more than help beneficiaries; it must extend to the whole community. It is essential to recycle the success elements achieved so that more people benefit. Nonetheless, in some areas, the infrastructure put in place for the implementation of the project was stolen by people belonging to the same community that was set to benefit. A particular group of women lamented how they one day woke up to find all their garden fencing gone. Today, their gardens are surrounded by a makeshift fence of thorn bushes. More thieves now have easier access to their garden produce.

In other areas, some beneficiaries did not want to put in the work although they were happy to enjoy the benefits. The projects that were undertaken collectively sometimes suffered because some group members never showed up during the working season but were very vocal and prominent when it was time to harvest. In other instances, these people who did not work actually bullied those who did and demanded a share of the output. This led to demotivation and discord among group members.

These were some of the problems, but perhaps the worst issue is that some people constantly wait for aid and they have no initiative to improve their lives on their own. Some of the beneficiaries have a weak sense of purpose and a lack of continuity is common among them. Once aid is given, the projects are implemented, and the project facilitators leave, these people stop everything and they eagerly wait for the next project. Furthermore, some people suffer from short-termism. There is no clear understanding of sustainability. This group of people quits on projects that take longer to bring in money even if the projects are profitable, scalable, and sustainable in the long run. Aid may continue to come in all forms, but there is a question that needs addressing. Will aid ever really improve more lives and have more impact if these attitudes are not curtailed and corrected now?

The Shift Toward Better Lives

Statistics reveal that Zimbabwe receives hundreds of millions of dollars annually in aid from several global bodies, but 72% of its population still lives in poverty. It is easy to blame governments, policies, and poor macro environments for the lack of aid effectiveness. These may all be contributing factors, but how often do we look at the beneficiaries. Do the people receiving aid do enough to maximize on the support? In most cases, the answer is no, and this is where some attention should be.

The solution lies in educating people and ensuring that they understand the importance of shifting their mindset towards aid. There is also a need to promote long-termism, removing unwarranted reliance on aid, and creating real interest in community sustainability. The issue of sustainability should stop being a mere discussion topic and be something people practice; it should become part of lifestyles. Ingraining sustainability in people would generate a collective effort to improve lives. People would become more solution-oriented because they would understand that waiting for assistance is not enough.

SDGs 1 and 11 are achievable. It is possible to curb poverty and build sustainable communities if people are willing to work for it. By shifting mindsets and focusing on what is good and sustainable, we may start seeing more positive results. Reliance on assistance without genuine interest in making a positive change must be curtailed. Once people appreciate that aid is a stepping stone towards continual development and not the end in itself, we may begin to see people thrive. Shifting mindsets is a key step that needs to be taken now to build sustainable communities.

Editors Note: The opinions expressed here by Impakter.com columnists are their own, not those of Impakter.com  — Featured Photo Credit: suebrady5

Carrying on the Flow

A proud Zimbabwean, Naume Guveya currently lives in Harare. An accountant by profession and a writer by passion, she is a health, wellness, and personal development fanatic who wants to make a difference in the world one good deed at a time. Naume loves good food, great music, and amazing books. Follow her stories at https://fettlehub.com/

Carrying on the Flow