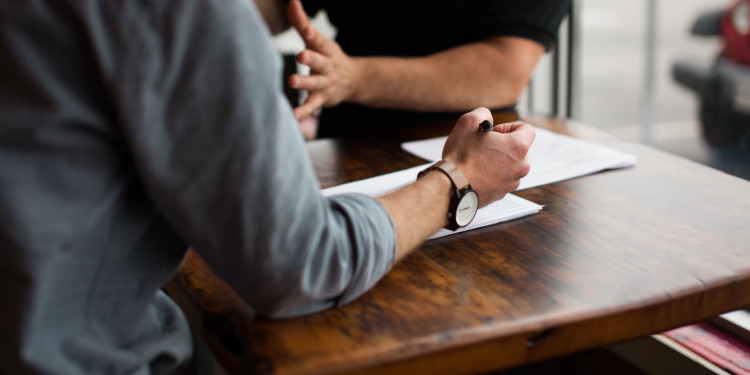 Not since the industrial revolution has there been such a seismic shift in the way we are viewing the world of work. Debates about the modern workforce and their expectations happen far more regularly as businesses get to grips with how our towns, cities, and workplaces will look entirely different in the future.

This evolution of the working world is exciting; it has felt like we have been trapped in the archaic constructs of corporate apathy for so long that to see the green shoots of new thinking cement themselves on a larger scale is refreshing, liberating and nerve-wracking all at the same time.

What is evolving is not the slightly tired and repeated debate about Millennials. I don’t believe they are the first generation to want purpose from their work and they certainly won’t be the last. We all crave to be part of something bigger than ourselves, I for one never charged into my working life with an enthusiasm which was based on anything other than the strong sense of purpose I shared with my colleagues.

What is different now is the scale of the expectancy. Never has such a magnitude of united opinion been poised to enter our workforces and they have different hopes for their world of work. This isn’t the musings of a few lone voices but a rising movement of people who want business to be a force for good and for their work to mean something more than just a contribution to shareholder returns.

In my time as Chief People Officer and then Chief Executive of a 26,000 strong UK workforce the concept of purpose became more relevant as the business grew rapidly. People coming into the group were looking for an organisation that could give them a sense of belonging and meaning. They wanted to be part of something that gave back to the communities in which we operated. This was a shift from the historical conversations with prospective talent who looked at remuneration and progression opportunity alone.

Aligned with that we have not seen the employment landscape look the way it does now for quite some time, capable people are hard to come by, and the war for talent is fierce and messy. People change for financial reward, of course, but also, they move for a sense of purpose. The modern workforce wants to work for businesses that understand their impact on society, not just the bottom line and consumers that demand ethical and sustainable brands in their purchasing choices are making the same demands of their employers.

“Supporting the Workforce: An Interview with Empower Work”

“A Look Inside the 6 Types of Social Enterprises”

An interesting factor is also the rise of impact investment activity, another sign of the emerging change. The social impact of business matters to consumers, investors and our workforces alike and with that combination I suspect that we can look forward to some meaningful change in the way business is undertaken.

The asset management firm Blackrock in its 2019 annual letter to CEO’s gives a flavour of a shift in focus to one of profit with purpose. Larry Finks made clear to the recipients of his message that “company’s strategies must articulate a path to achieve financial performance. To sustain that performance, however, you must also understand the societal impact of your business.”

In making decisions about where to work, investors, as well as employees, are increasingly turning to the impact a business can make and how seriously they take their responsibility to the environment and society.

Recently I attended an event where the head of an organisational department was explaining that they had moved to their current position purely based on the business ethics and focus on social impact. The financial aspect of the decision was secondary, and this isn’t the first time I have heard that story.

Faced with little differentiation in remuneration between organisations the modern workforce will often seek to understand the social impact of a workplace or brand and align themselves with businesses that are a force for good, and that share their core values.

The inauthentic nod to environmental matters in the form of greenwashing is being scrutinised more closely, and both consumers and employees alike are less tolerant of talking the talk without walking the walk. Social media makes people more accessible, but we are also more immune to the marketing glossing of corporates and expect higher levels of transparency.

The Guardian recently reported on a legal case surrounding a banana supplier Chquita: “Consumers have grown more discerning when faced with marketing that promotes a product as environmentally friendly, and legal authorities are more likely to take action against false claims. There’s no question about it – there’s less tolerance for greenwashing.“

Some traditionalists will claim that socially impactful business is a passing phase and that we are yet to understand whether ethical business really will outperform their narrower minded contemporaries, but there is no denying that the draw of the socially responsible organisation for the best talent is meaningful.

In an article by Ernst and Young focused on purpose Valerie Keller, Executive Director of Global Markets at EY, agrees: “Those organisations that are able to harness purpose are the ones that are able to attract and retain talent. They’re the ones that can connect with customers in a completely different way, which is so important in the age of choice. And those organisations that are signing up to bigger, higher purpose are able to have greater resilience as well.”

To embrace all the benefits of an engaged workforce and one that attracts the best talent, employers are starting to shift their attitudes beyond the confines of the CSR and HR departments and into the psyche of the entire organisation. The tick box exercises aren’t enough anymore, and the best of the talent that is available will go to the businesses that profit with purpose and want to be the best for the world, not just the best in the world.

If a business wants to maximise their efforts on employee attraction, they are far better off evaluating their sense of purpose rather than their isolating their attention to remuneration and promotion opportunities to entice this new generation of talent.

EDITOR’S NOTE: THE OPINIONS EXPRESSED HERE BY IMPAKTER.COM COLUMNISTS ARE THEIR OWN, NOT THOSE OF IMPAKTER.COM — Featured Photo Credit: Nik MacMillan

Trinbagonian Impakter: Tech4Agri for the A in STEM

C-J Green is the founder of Tovip Ltd which provides modern leadership development to organisations to maximise their potential. As the previous chief executive of Servest in the UK, employing 26,000 colleagues, and having previously come from a background in HR as chief people officer, C-J has an innovative approach to growing and engaging talent.

Trinbagonian Impakter: Tech4Agri for the A in STEM