How the Data it Provides Affects Nations, World Leaders, and Businesses 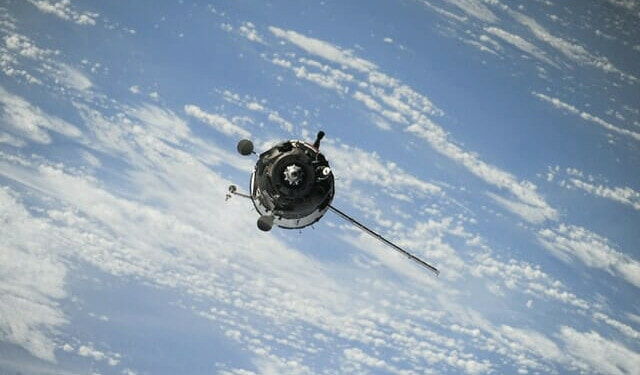 Traditionally, in the fight against climate change, satellites are used to measure how much carbon dioxide is building up in the air. But now the technology is able to do more than that. Thanks to machine learning and artificial intelligence, satellite data can pinpoint exactly where greenhouse gases are being emitted from and how much from anywhere and anything in the world.

The advanced use of technology can pinpoint emissions coming from a steel plant in China to a forest fire in Russia and compare and contrast which is emitting more and how much. This is a step up in emissions monitoring, transforming a system that has previously all too often relied on rough estimates, opaque methods, and inaccessible reporting, providing more accurate and rapid data.

The new project called Climate TRACE, which brings together Al Gore, think tank RMI, TransitionZero, WattTime and others, may mark the beginning of a new era in climate diplomacy finding significant discrepancies between emissions that were reported over the years to the UN under a 1992 climate treaty, and their independent estimates.

You can only manage what you can measure.

That’s why @ClimateTRACE has developed a comprehensive GHG emissions inventory based primarily on direct, independent observations from space, land, and sky.

Learn more about our work and explore the data at https://t.co/OMhq5DrQuJ pic.twitter.com/LAYQjbK35t

On Tuesday, Climate Trace reported that in oil and gas production and refining, among the world’s top countries that submit regular inventories, emissions from oil and gas may collectively be around double – 1 billion tons higher than recent UNFCCC reports. Further, it is likely that over 1 billion additional tons CO2e (CO2 equivalents) per year — more than the annual emissions of the 100 lowest-ranking emitting countries combined — have gone uncounted by countries that aren’t required to report their oil and gas emissions regularly.

Climate Trace calculations show that sectors like oil, gas, and steel could be emitting billions of tons more emissions than we thought. https://t.co/NpZ7DLANxs

Steel production globally resulted in 13.1 billion tons of CO2e between 2015 and 2020, equivalent to the total emissions of Japan and the United Kingdom combined over that same period. In 2020, steel emissions fell in nearly every country except for China. Further, this year China’s steel industry is on track for an estimated emissions increase of 158 Mt CO2e, roughly equal to the entire annual emissions of Singapore.

Shipping and aviation together emitted nearly 11 billion tons of CO2e between 2015 and 2020, totals that would make these two sectors combined the 5th largest emitter in the world, if they were a country. Shipping emissions increased about 10% per year from 2018–2020 despite the COVID-19 pandemic, considerably faster than expected. Yet emissions from both sectors are exempted from countries’ mitigation commitments under the Paris Agreement.

Forest fire emissions have more than doubled in Russia and the United States since 2015, which together now emit more from fires than Brazil.

This independently verified data is valuable for UN and climate coalition meetings so countries cannot downplay the amount of emissions they maybe emitting, in the attempt to protect the interests of some of their industries and political donors who are not adapting. It is also valuable for verifying whether countries are living up to their commitments in reducing greenhouse gases from previous climate coalition and UN meetings. The added information can help or put pressure on leaders to pinpoint and prioritize where to focus decarbonization efforts for maximum impact.

Related Articles: UN Warns That Countries Are Failing to Meet Paris Agreement Goals | The New European Social Climate Fund: How Will It Help the Average European Citizen? | Close to the edge: Climate Change: Focus on Africa, Asia and Coastal Poor

This technology can benefit the financial sector. With ESG’s becoming more valuable stocks, investments, and business models as a result of the growing concerns of climate change and as more companies are at risk of government fines, interventions, and setbacks from environmentally unfriendly practices, this information can be added value to a portfolio. This information could become a standard feature on all portfolios going forward. Encouraging them to be more green as investors’ concerns grow.

This new technology brings more rapid and precise climate data which provides better evidence of who does what, putting pressure on leaders, nations, businesses, and investors to adapt, change, and make smarter decisions in the fight against climate change.