The Baby from Nirvana’s Nevermind Album Claims He Was Exploited 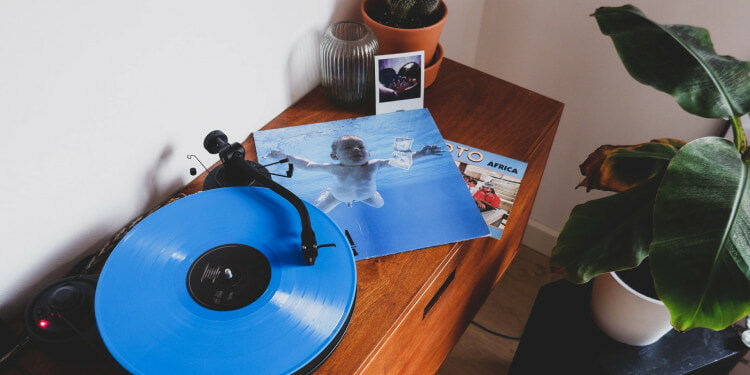 Spencer Elden, who is now 30-years-old, was photographed as a nude baby on the Nirvana album, and has now decided to sue the band, after making allegations that he was sexually exploited.

The album cover presents Elden, who at the time was four months old, swimming in a pool whilst looking closely at a dollar banknote that has been hung in front of him, appearing to be under the water.

According to Elden, neither of his parents signed “a release” permitting that the image could be used for the cover and has also claimed the image is a form of “child pornography.”

However, within US law, photographs of infants that are “[n]on-sexualised” mostly do not fall within the category of child pornography.

Nirvana’s 1991 album Nevermind has one of the most famous covers of all time – but now the man who was featured on it as a baby is suing the group https://t.co/8WjkZA982i

In spite of this, the legal paper’s state: “The images exposed Spencer’s intimate body part and lasciviously displayed Spencer’s genitals from the time he was an infant to the present day.”

The presence of the banknote, which was reportedly “superimposed after the photograph was taken” presents the baby as “a sex worker,” says Robert Y. Lewis, who is Elden’s Lawyer.

It has also been claimed that the band pledged to conceal the baby’s genitals using a sticker, but this was not carried out.

Elden has also alleged that his “true identity and legal name are forever tied to the commercial sexual exploitation he experienced as a minor. . . ,” and the 30-year-old is asking for the minimum compensation of $150,000 from each one of the 15 defendants.

Related Articles: When Children Need Us Most, We Can Do Better | Over-Sharenting on Social Media

Elden says he “has suffered and will continue to suffer lifelong damages” because of the album cover, experiencing “extreme and permanent emotional distress” in addition to “interference with his normal development and educational progress” and “medical and psychological treatment.”

However, spokespeople for the band as well as their record labels have not yet issued a response to the allegations.

What’s more, this is not the first time Elden has sought action or criticised the album cover. In 2016, Time Magazine reported that he attempted to take “legal action against Geffen Records” but did not succeed. Elden told the magazine: “[When] I go to a baseball game and think about it: ‘Man, everybody at this baseball game has probably seen my little baby penis,’ I feel like I got part of my human rights revoked.”

But on the contrary, he has also applauded the image. In 2015, he told The Guardian:

“[I]t’s always been a positive thing and opened doors for me. I’m 23 now and an artist, and this story gave me an opportunity to work with Shepard Fairey for five years, which was an awesome experience. He is a huge music connoisseur: when he heard I was the Nirvana baby, he thought that was really cool.”

So whilst it is evident that Elden feels exploited by the image, there is also evidence suggesting that the image has brought him fame, which he describes as beneficial for his career. And whilst there have been claims that it depicted child pornography, the image does not appear to carry any sexual connotation. It is, however, a humorous depiction of how money can grab the attention of anyone, even a baby. Therefore, this would appear to limit its potential to be classified as pornographic, both practically speaking and under US law.

Editor’s Note: The opinions expressed here by Impakter.com columnists are their own, not those of Impakter.com.— In the Featured Photo: Nirvana’s Nevermind album next to a record player. Featured Photo Credit: Jurian Kersten

What To Do With Nuclear Waste

Ariana is an Editorial intern at Impakter, currently studying BA Journalism at Goldsmiths, University of London. Born and raised in Greater London, she has written for two local news websites and hopes to study International Journalism for her Master’s.