Emerging data shows that gender-based violence has increased by as much as 35% or more in some countries, as a result of COVID lockdown measures 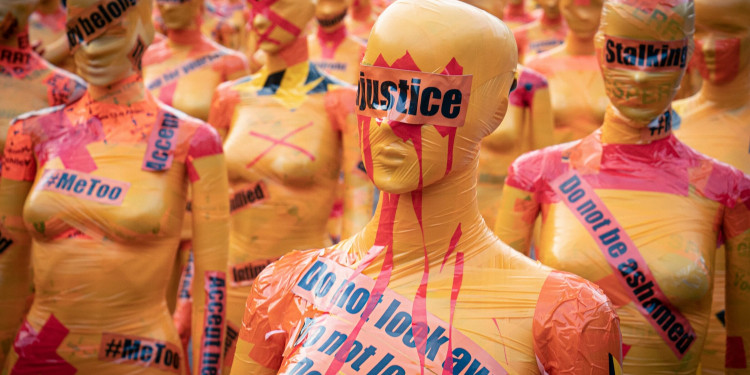 Globally, an estimated 736 million women – almost one in three – have been subjected to intimate partner violence, non-partner sexual violence, or both at least once in their life. As the figures keep rising, the International Day for the Elimination of Violence Against Women proves ever-more important.

Every day 137 women are killed by a member of their family – that is approximately 50,000 women a year. The numbers are even higher if you consider all femicides, other than by family members. An estimated 87,000 women were intentionally killed in 2017 globally.

The facts are horrifying, and whilst violence against women does not always result in death, the immediate and long-term physical, sexual, and mental consequences for women and girls are devastating.

Violence against women and girls is a human rights violation, impeding the general growth of women within our society. It affects women’s general well-being and severely impacts families, communities, and the country at large. Ending this global issue is of utmost importance.

The 16 Days of Activism against violence against women and girls is an international campaign sponsored by UNWomen, the United Nations agency tasked with promoting gender equality. The campaign takes place each year, commencing on November 25, the International Day for the Elimination of Violence Against Women, and ending on December 10, Human Rights Day.

The campaign, led by UN Secretary-General and the UN women since 2008, aims to “prevent and eliminate violence against women and girls around the world, calling for global action to increase awareness, promote advocacy and create opportunities for discussion on challenges and solutions.”

The length of the campaign is to meet a further aim of highlighting the scale and true nature of the issue – one that is largely unreported due to the silence, stigma, and shame surrounding it.

“Violence against women and girls continues to be the most pervasive and pressing human rights issue in the world today. It is both an abhorrent crime and a public health emergency, with far-reaching consequences for millions of women and girls in every corner of the globe”

This year’s global theme is “Orange the World: End Violence against Women Now!” Orange used to represent a brighter future free of violence against women and girls.

Gender-based violence or violence against women is defined as “any act of gender-based violence that results in, or is likely to result in, physical, sexual, or psychological harm or suffering to women, including threats of such acts, coercion arbitrary deprivation of liberty, whether occurring in public or in private life” in the Declaration on the Elimination of Violence Against Women issued by the UN General Assembly in 1993.

Globally, evidence has shown that violence against women disproportionately affects low- and lower-middle-income countries and regions, with 37% of women aged 15 to 49 living in countries considered the “least developed” having been subject to physical and/or sexual intimate partner violence in their life.

The link between gender-based violence and forced displacement, natural disasters, and crises is also well-researched. As women are forced to migrate, they are exposed to men and strangers, making them more vulnerable to sexual violence and harassment. Times of displacement have also been linked with an increase in smugglers targeting women, in order to force them into prostitution or other forms of sexual violence, for profit.

Young girls are also at greater risk of child marriage as families seek ways to relieve themselves from economic hardship, hoping their daughter(s) can be financially secure in exchange for their own physical and mental security.

Yet, the COVID-19 pandemic has shown that this is not just an issue that concerns a few developing countries, but in reality, affects all women around the world.

The shadow of the pandemic: COVID-19 and gender-based violence

The COVID-19 pandemic and its several lockdowns have seen the restricted movement, social isolation, and economic insecurity of all worldwide, making women more vulnerable to violence and domestic abuse in the home.

Since the outbreak emerging data has shown that all types of violence against women and girls, particularly domestic violence has intensified, with some countries recording a five-fold increase in calls within their helpline services.

Research suggests domestic abuse rates have soared in developed and developing countries throughout. In Australia, a 5% increase can be noted, whilst different states in the United States report an increase of about 21-35% in domestic violence. China witnessed a three-fold increase in the cases of domestic violence after imposing quarantine.

This immense global issue is simply not being tamed and the number of victims is incessantly increasing.

Global solutions do exist, but they are not enough

The Spotlight Initiative – a global, multi-year partnership between the EU and the UN – is the world’s largest targeted effort to end all forms of violence against women by 2030. The initiative focuses on assisting civil society organisations, raising awareness, as well as helping to promote the necessity for stronger domestic laws against gender-based violence.

It hopes to raise awareness, especially amongst men and boys in the hope of transforming social norms and empowering women and girls. Some 880,000 men and boys were educated through schemes within the initiative to educate them on positive masculinity, respectful family relationships, non-violent conflict resolution and parenting.

“In Malawi, we are working with community organizations and media partners to raise awareness among educators, young people, and especially boys. These efforts are helping to increase reporting and providing girls and women with faster and more effective support,”

The initiative has not only focused on citizens but also sought to help countries include femicide in their penal codes, as well as adding clauses that would enable perpetrators to be penalised.

It is a legally binding treaty, which was accompanied by monitoring mechanisms in order to survey that the 45 signatories and the countries in the EU were implementing state legislation to combat the global issue. Whilst it is considered the “most far-reaching international treaty,” Turkey, the first signatory has been the first and only country to withdraw from the convention. And a rise in violence against women in that country has been noted and attributed by most observers to a relaxation of legal protection for women following withdrawal from the convention.

So, can women’s rights really rest solely on the wishes of their governments?

These initiatives and international treaties are not enough. This is why the “Orange the World: End Violence against Women Now!” campaign is ever-more important today. The pandemic is still in full flow all around the world with domestic violence and abuse continuing to rise.

Raising awareness and dedicating 16 days to the matter is the minimum of what we can and should be doing in order to help survivors not just survive but live again, and to end femicide completely. To successfully find solutions, all sectors of society must be better aware of this global phenomenon and take it seriously, greater training services must be provided to the police, justice, health, and social sectors.

Editor’s Note: The opinions expressed here by Impakter.com columnists are their own, not those of Impakter.com. — In the Featured Photo: Photo taken in Bonn, of an artist’s work for the international day against domestic violence. Featured Photo Credit: Mika Baumeister.

How To Get Started With Living a More Sustainable Lifestyle