Passenger Rail, Maglev and the Future of Transit 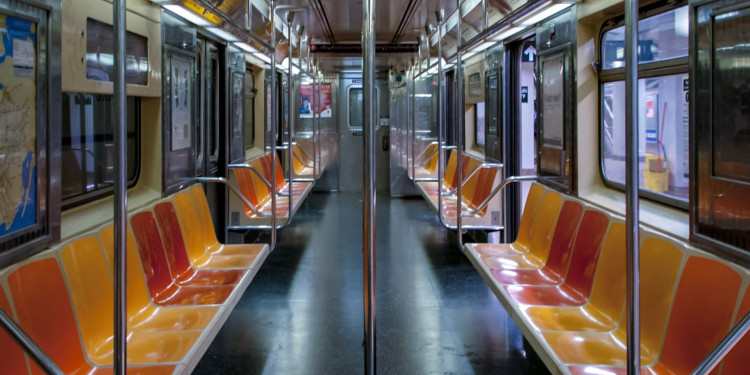 Since its invention, the car has been associated with America and is a prized part of many American households. However, cars are an immense source of greenhouse gases in the United States. In a report on the state of investment in climate-related tech, PricewaterhouseCooper cited information from the World Resources Institute stating that road transit is the largest contributor to energy emissions at 11.9%. The emissions come from creating the energy to consuming it. Taking all of this into consideration, many are looking to passenger rail as a green alternative to motor vehicles.

Passenger rail, which is common in many other parts of the world, is a less popular form of transit in the United States, even though the American railway system is already quite large at 138,500 miles. This system primarily transports freight rather than passengers. The freight rail industry in the US is both extensive and efficient. According to a 2018 report released by the Department of Transportation (DOT) “Over the past 50 years, Class I railroads and connecting facilities have developed increasingly efficient ways to carry and transfer cargo (e.g., larger cars as noted above, double-stack container railcars, and on-dock rail), allowing more cargo to be carried with fewer railcars”. Unfortunately, the passenger rail system is not as robust as the freight system. This problem compounds when taking pollution rates into consideration.

The DOT published another document discussing how public transit can help reduce greenhouse gases. The department used data collected about how Americans got around in 2010 to calculate that standard motor vehicles emitted .96lbs of C02 per passenger mile. Light rail transit and passenger rail emitted at a rates of .36lbs and .33lbs of CO2 per passenger mile respectively. Heavy rail transit emits at a scant .22lbs per passenger mile, tying carpooling for the lowest emissions.

Are Maglev Trains the Future?

Despite rail technology being a well-established form of transportation, innovations are still occurring. Since 2014 in Japan, a consistent world leader in rail travel, a maglev rail line has been under construction. The Guardian cited Ninpope Physics in explaining that “A maglev’s guideway has a long line of electromagnets. These pull the train from the front and push it from behind. The electromagnets are powered by controlled alternating currents, continually propelling the train forward.” Even in light of the already ecologically friendly nature of transit rail, maglev trains are extremely green.

In a 2012 report from the University of Maryland, researchers asserted that “Maglev trains are extremely environmentally friendly as they have zero carbon emissions since they run on electricity.” While ideas and patents for such a train have existed since the early 20th century, the actual implementation is quite rare, with a scant 6 currently in operation. An estimate for a proposed maglev line in the Washington D.C area is budgeted in a “range between $10 billion and $12 billion for the 40-mile Washington-Baltimore stretch.”

Clearly, maglev trains and rail are more ecologically cognizant alternatives to passenger vehicles, so why do Americans prefer cars?

Is Widespread Passenger Rail Possible in the United States?

Passenger rail is actually quite common in certain parts of the US, particularly the Northeast Corridor. However, riders typically use the system with other forms of transit rather than entirely on its own. Additionally, these are primarily municipal systems rather than long-distance travel. These statistics mesh with the way we interact with these transportation systems. While trains stay on tracks and in stations, cars go to and from almost anywhere. It would appear that convenience is either more important or necessary to American passengers than the emissions efficiency of rail. Not everyone is content with this state of affairs.

Part of President Biden’s infrastructure plan involves expanding America’s rail system. A White House press briefing proudly declares that $80 billion of the lump sum is allocated for addressing both outstanding repair issues and expanding the system with a particular eye for connecting more cities to the system. The briefing specifically highlights how rail is a cleaner alternative to automotive transportation. This signals the administration’s commitment to more climate-friendly solutions to longstanding issues in the country. Unfortunately, most of that money will likely go to repairs on the existing system rather than constructing new lines. This is not the first time that someone has proposed a project to revitalize the American rail system.

Since 2008 California has been attempting to connect Los Angeles and the Bay Area by high-speed rail. As of writing this piece in May 2021, it has yet to be completed. In its 2008 Business Plan the California High-Speed Rail Authority calculates that constructing the rail system would cost $33,625,000,000 in 2008 dollars ($41,367,231,878 in 2021), and had secured $10 billion in funding at the time of publishing. While it is common for infrastructure plans to grow more expensive as time goes on, the California project has become wildly expensive, with the current bid of at least $100 billion. Needless to say, constructing an entirely new transit infrastructure is difficult and expensive.

Overall we should note that passenger rail is at least potentially more enjoyable and undoubtedly a greener option for transit. The technology exists and some are attempting to implement it, despite the massive expense of such an endeavor. The biggest question left to answer is whether or not Americans would use such a system. Answering that question is one of the biggest hurdles in the way of the project itself.

Race, Class, and the Climate Crisis

Joshua Kendall is a postgraduate student studying International Relations at Queen's University Belfast. He likes to learn foreign languages, study politics and is keen on honing his skills in research and analysis.