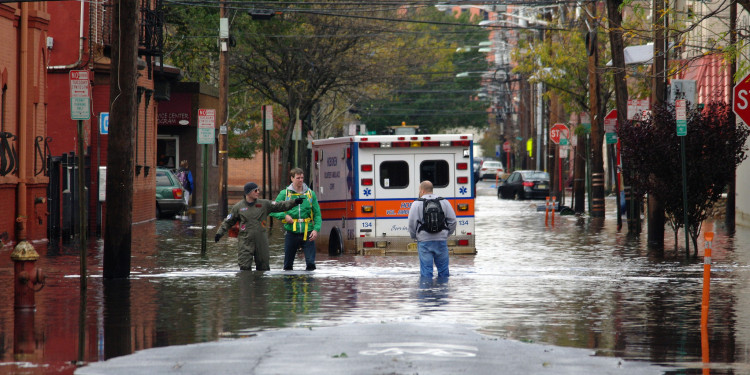 In June of this year the former UN climate chief Christiana Figueres led a number of scientists to a call for deeper and faster action on climate change.  The message she is sending is clear: if we want to avoid the most dangerous impacts of man-made climate change we need to do much more and we need to do it faster. For scientific experts, environmental and development organizations, not only is the evidence clear – the urgency to act is glaring. The sense of urgency needs to move beyond scientists and NGOs to decision-makers who will design and implement plans to help our societies avoid the most catastrophic impacts climate change foreshadows.

The Sustainable Development Goals offer the opportunity to answer Figueres’ call, and at the same time drive the solutions to the key challenges of our time, including the persistence of extreme poverty, rising inequality, social injustice and the depletion of natural resources. Addressing climate change cuts across numerous goals; for example, through improving access to sustainable energy, developing more sustainable food production practices and improving access to water and sanitation.

But if we don’t pursue faster and more ambitious climate action in a people-driven, fair and equitable way, we risk exacerbating the problems vulnerable people face. Without including communities who are already trying to overcome climate change impacts, the aspirations of Agenda 2030 and the Sustainable Development Goals will only meet the needs of few while leaving behind the many. 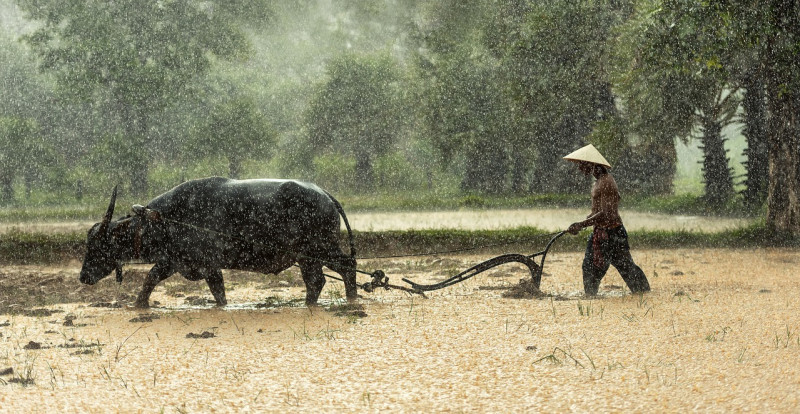 Climate change as a driver of poverty and inequality

When I first started campaigning on the issue of climate change, I came across a term that sums up the interface of our global climate crisis and the fight for greater social justice: ‘climate change affects everybody, but not equally’. I was about twenty years old. Apart from reading a few news articles and NGO newsletters, I had little knowledge about climate change. As a naïve but open-minded university student, I was eager to dig deeper into what this phrase really means.

After ten years of volunteering and working on climate change, I’m still learning. I am gaining a better understanding of the frightening science, the complex politics, and technological challenges to finally end our dangerous dependence on fossil fuels – one of the largest contributors to climate change. I am still discovering the deep and interconnected nature of inequality, and how the impacts of climate change will erode the well-intentioned measures that seek to provide basic human needs. 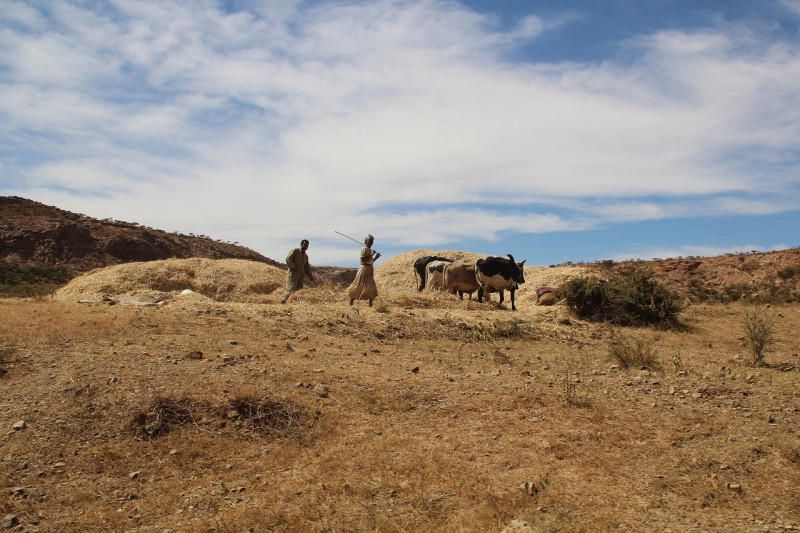 In the Photo: Farmers on the Eritrean Plateau Photo Credit: Pixabay

We cannot dispute that all countries – rich and poor – will face unprecedented economic, social and environmental challenges, even if we limit global temperature rise to well below 2 degrees Celsius. However, while climate change does not discriminate where it will wreak havoc, its victims do not have the equal opportunity to overcome the worst of its impacts.

Facing adverse effects such as consecutive crop failure and resource depletion, the average farmer in the Bolivian Andes will not have the same support to deal with those challenges as for example his or her European counterparts. A drought in Southern California means less water for gardening plants; a drought in Ethiopia means no water at all, neither for plants nor people. When floods tear through towns and cities, it will be the poorer families and neighbourhoods that will suffer more severely and take longer to recover from the damage incurred. 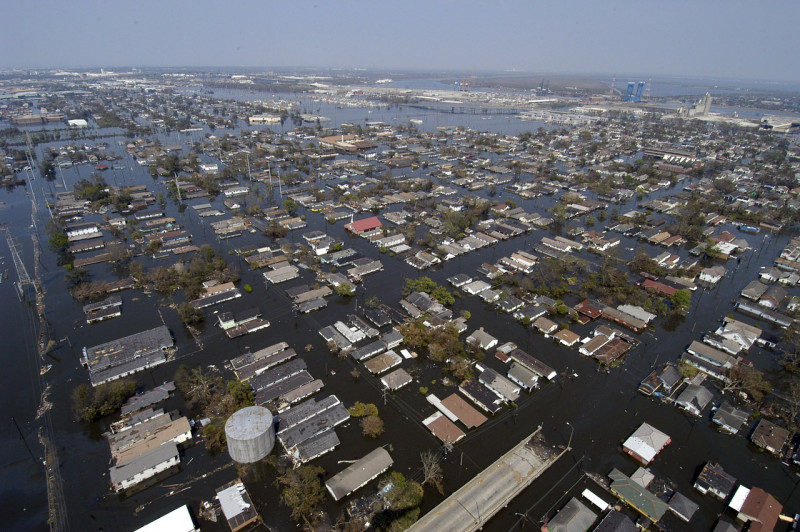 As I write, hurricanes and storms are ravaging the United States, Pakistan, Bangladesh and Caribbean islands in an unprecedented way. These extreme weather events are leaving devastation in their wake, with communities and businesses struggling to recover and rebuild their livelihoods. As the aftermath of extreme weather is revealed, again it will be the most vulnerable people who will struggle to pick up the pieces and move on.

The impacts of climate change is mercilessly exposing the deep and complex inequality within and between our countries. The people who already face daily battles towards achieving more prosperous lives will bear the brunt of the most dangerous consequences of the global climate crisis.

Though climate change exposes the severe inequality within our societies, there is much to be optimistic about as our countries and communities pursue efforts to address the challenge and make prosperity a reality for the many.

Agenda 2030 and the Sustainable Development Goals mark the crossroads between climate change, poverty and inequality, cementing a collective vision that seeks to address our most pressing problems in an integrated way. The Agenda was further bolstered by the Paris Agreement on climate change, which sets the world on course towards a zero-carbon and climate resilient future. When both were adopted in 2015, it really marked a turning point for our future. The two global frameworks and their objectives lay the groundwork for more people-driven and community-owned sustainable development, setting about new ways in which we run our economies and societies. It is time to make these new pathways a reality.

A crucial element to addressing climate change and realising our sustainable development objectives is the transformation of our energy system. While shifting from fossil fuels to modern renewable energy brings about countless benefits to local environments and the climate, many other sectors also stand to gain a great deal from this transition.

Wide-scale renewable energy is taking hold globally, not only thanks to its falling prices but also to the abundance of solar and wind resources in previously untapped regions. This trend brings about additional benefits for employment; the International Energy Agency (IEA) estimates that an additional six million jobs will be created globally through the energy transition by 2050. 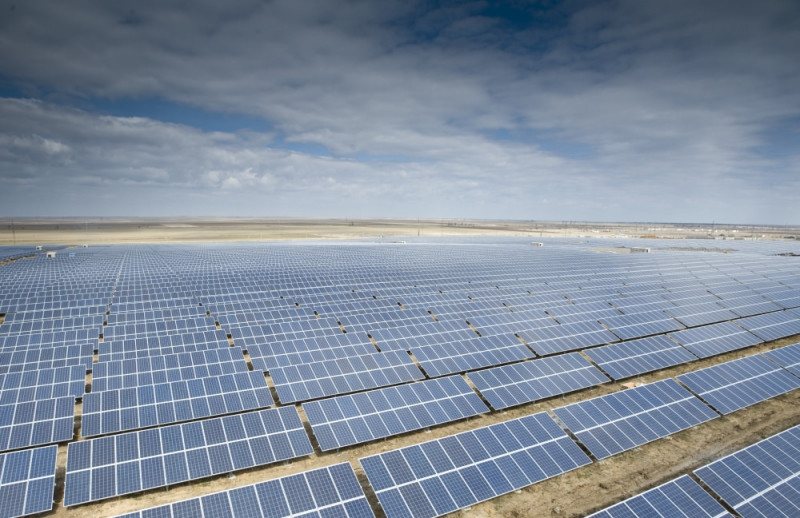 This transition will also equitably and sustainably serve the needs of millions of people who currently do not have any access to energy, providing reliable electricity and connectivity to rural and urban communities. Doing so will, in turn have countless knock-on benefits for other societal needs such as access to healthcare and education, gender equality, access to water, sanitation and transport.

A key feature of the clean energy revolution is a people and community-driven approach which ensures the inclusion, consultation and ownership by people of their energy sources. The Agenda 2030 framework – through its human rights based approach – can enhance community energy initiatives, including through capacity-building within and between countries and regions, the transfer of renewable energy technologies, and through education and awareness-raising.

From 1990 to 2016, the number of natural disasters worldwide has more than doubled the total from the previous 89 years, with scientists pointing the finger at man-made climate change as an underlying cause. Poorer countries and communities are facing some of the worst impacts of a changing climate. At the same time, a great deal of investments taking place in these countries are not adapted to climate change and do not contribute to climate resilience. National development plans which target sectors from transport and infrastructure, social services, and healthcare provision as well as food production, are not currently equipped to cope with the growing effects of climate change. 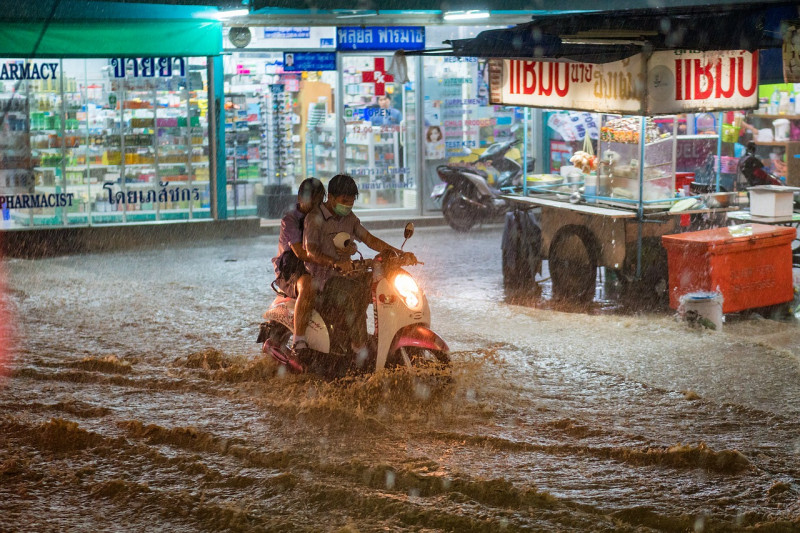 Without an urgent scale-up of adaptation efforts, millions of livelihoods risk being destroyed, while the deep inequality that exists within our societies will continue to dominate the reality of vulnerable people all over the world, eroding the possibility for poorer people to become free from poverty.

That is where the added value of the Sustainable Development Goals comes in. Goal 13 on climate change, which refers to strengthening climate resilience and adaptive capacity as well as integrating climate action into national development plans, needs to be taken seriously by our governments. Implementing it can be the difference between saving few lives and saving many lives. It can safeguard vital services such as healthcare, water and sanitation, transport, electricity and food security. Through the underlining principles of Agenda 2030, it can ensure that the long-term ambitions of the Sustainable Development Goals are not thwarted by climate related disasters and impacts. 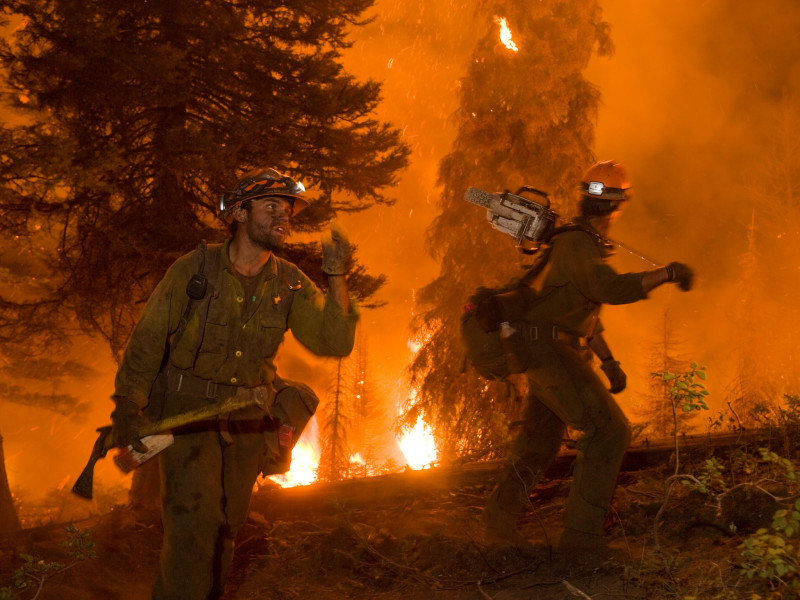 In the Photo: Two members of the Idaho City Hotshots work on the Springs Fire on the Boise National Forest. Photo Credit: US Forest Service/Kari Greer from US Department of Agriculture

This will require substantial efforts – from drought to sea-level rise, countries need to be looking at innovative technological solutions to problems that are specific to their regions and integrating those solutions into their long-term development plans.

We are at the beginning of a long road to prosperity for all, where people and the planet are at the centre of our global efforts, and we have a unique opportunity to make it a successful journey. But that success, and the multiple benefits that it will bring to millions of people depends on the will of our global community to work collectively in the fight for greater equality and social justice, and against climate change. 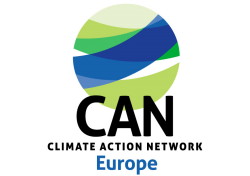 Climate Action Network (CAN) Europe is Europe’s largest coalition working on climate and energy issues. With over 130 member organisations in more than 30 European countries, representing over 44 million citizens, CAN Europe works to prevent dangerous climate change and promote sustainable climate and energy policy in Europe.

EDITOR’S NOTE: THE OPINIONS EXPRESSED HERE BY IMPAKTER.COM COLUMNISTS ARE THEIR OWN, NOT THOSE OF IMPAKTER.COM. FEATURED PHOTO: Aftermath from Hurricane Sandy Photo Credit: Alec Perkins

Eduardo Martins – The Fraudster that fooled the Mass Media

Placing Forests at the Heart of the SDGs

Maeve McLynn is a policy coordinator at the Climate Action Network Europe which represents over 130 NGOs working on climate, energy and environmental issues across Europe. Maeve coordinates CAN Europe’s work and input on the issue of fossil fuel subsidies and climate finance in the EU and internationally. She also works on the inclusion and integration of climate change in other regional and international development processes, in particular, the Sustainable Development Goals.

Girlhood Annihilated: Rates of Child Marriage Are Soaring in Ethiopia

Placing Forests at the Heart of the SDGs