What it means in pandemic times: How far do your obligations to fellow citizens go? 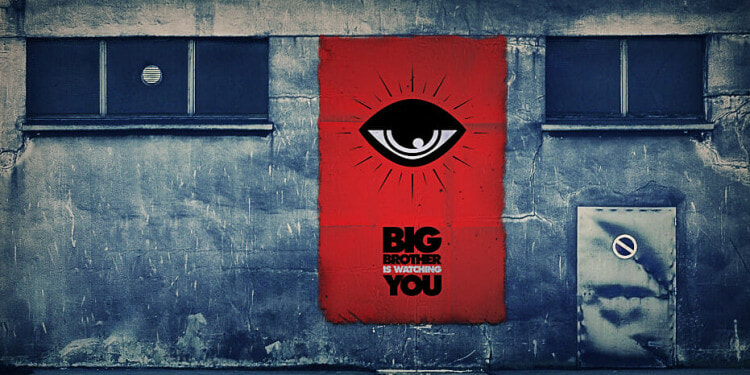 Most everybody agrees that some degree of personal freedom is good, that the Orwellian quote,  “Big Brother is Watching You” is not desirable and even more threatening in 2021. Unfortunately, all around the world, the COVID-19 pandemic has brought to the fore differing notions of what constitutes appropriate guard rails on individual freedom and decisions, and what constitutes one’s obligations to fellow citizens.

In these days of global media coverage and information, many look, in so-called developed countries, at the outrageous conduct of anti-vaxxers and those opposed to wearing masks, as close to civil insanity. This encompasses the actions of seemingly caring parents whose school children are too young to be vaccinated but “maskable”, vehemently opposed to such.

These can be considered fresh challenges to individual rights, of course, but not the first nor last battle of this kind. As some wring their hands on what is seen as unconscionable, it is worth looking in the rear-view mirror at past protests, some of which are ongoing.

Seatbelts, when first introduced as mandatory, created uprisings in many places, with resistance diminishing over time but lingering.

For example, in Italy, a law required in 1989 drivers and front-seat passengers to wear them. An enterprising firm in Naples immediately produced a range of T-shirts with a fake seatbelt carefully drawn across the wearer’s chest. That was one way to avoid being fined and yet not risk bringing “iella” (bad luck) on yourself. Because many Italians honestly believed that the mere fact of pulling on a seatbelt brought bad luck, increasing the probability of an accident.

In the late 1980s, Serbia (then former Yugoslavia) had one of the highest rates of road deaths in Europe. The Yugoslavian seat belt law became enforceable in 1985, carrying a fine equivalent to $75 (£150 adjusted for inflation) and was strictly enforced. But to little effect, as many still rarely wear them.

Japan, for example, first made seat belts mandatory in the driver’s seat in 1971, but for back-seat passengers, it took until 2008 to become law.

Helmets for motorcyclists (and bicyclists) generated similar reactions. Disobeying mandatory laws in this respect can still be seen daily on the streets and highways of many countries, in all regions. The exception may be where very rigorous enforcement and punishment is a fact, such as Singapore or authoritarian regimes like the People’s Republic of China.

By and large, the amount of protesting is probably most influenced by how much people in a country respect or fear authority and the legal process.

Using United States history as an example, in 1902, faced with an outbreak of smallpox, the Board of Health of the city of Cambridge, Massachusetts adopted a regulation ordering the vaccination or revaccination of all its inhabitants. Cambridge pastor Henning Jacobson strongly objected, believing that his family may have some sort of hereditary condition that made the smallpox vaccine particularly dangerous.

The case came to the United States Supreme Court. In 1905, the Court upheld the authority of states to enforce compulsory vaccination laws. In particular, it held that mandatory vaccinations are neither arbitrary nor oppressive so long as they do not “go so far beyond what was reasonably required for the safety of the public”. With smallpox being “prevalent and increasing in Cambridge”, the regulation in question was “necessary in order to protect the public health and secure the public safety.”

The Court’s decision mobilized the anti-vaccine movement and the Anti-Vaccination League of America was founded three years later to promote the principle that “health is nature’s greatest safeguard against disease and that therefore no State has the right to demand of anyone the impairment of his or her health”. The League asked, “We have repudiated religious tyranny; we have rejected political tyranny; shall we now submit to medical tyranny?”

We all know the happy ending to the smallpox story. The last “natural outbreak” of smallpox in the United States occurred in 1949. And in 1980, the World Health Assembly declared smallpox eradicated (eliminated), and there have been no cases of naturally occurring smallpox since that date.

Virtually all countries and even some places where there is no government, require some form of identification document, which invariably has a name and a birth date. There are many who find it overreach, and there are those, who find being older than they want to be seen as, very unhappy about the age thing. I know my own dear Mother was prone to fudging hers on a regular basis, taking the view it was nobody’s business.

The need for a marriage license is another instance, with those holding fast to the notion that true matrimonial commitment is not found on paper. Alongside common-law marriages, this is viewed as state tyranny.

The forms of marriage: One spouse only; man and woman only

While some religions accept the notion of many wives, many Judeo-Christian societies and countries consider it illegal and label it the crime of bigamy. This stricture is theoretically supported by multiple domestic relations principles, often of benefit to the community at large.

This one-spouse rule has, however, generated intense resistance– for example Mormons in the United States and elsewhere. And there are those who want no part of the faith-based arguments, who see such limitations infringing on their personal partnership freedom; when it is consensual by all parties, what business is it of the State?

Map showing states with laws that discriminate against LGBTQ

On Sunday, voters in a referendum in Switzerland overwhelmingly decided to legalize same-sex marriage, making the country one of the last in Western Europe to do so.

The point of all this is to underscore the simple fact that “cutting off a nose to spite a face” behavior is nothing new.

The problem is that the potential damage today is exponentially far greater than ever before. So far, more than 4.5 million lives have been lost to Covid across the world, and the people who are dying now are mostly those who are unvaccinated. How many more lives will we need to lose before we learn?

Editor’s Note: The opinions expressed here by Impakter.com columnists are their own, not those of Impakter.com. —  Featured Photo credit: cc license Flickr

Is a World Energy Crunch Coming?

Is a World Energy Crunch Coming?