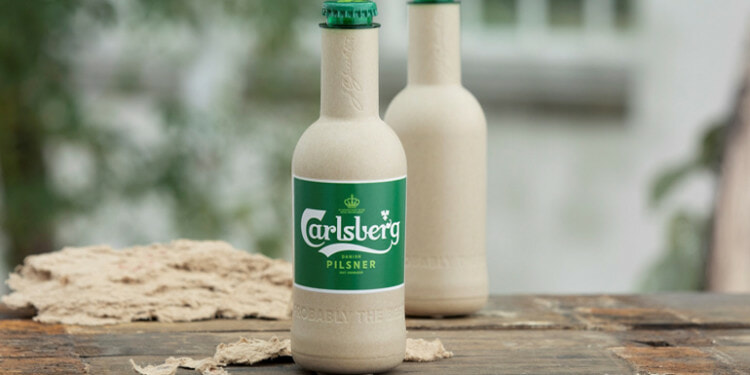 Plant-based plastic could be sold in supermarkets in just three years.

The new way to experience the reduction of plastic use could be making its way in the form of visiting local bars and grabbing a soft drink from your local supermarket within a few years’ time. This is thanks to the Dutch renewable biochemical company Avantium, who is currently working on a path-finder project for a fossil fuel free way to make drinking bottles using sugars from corn, wheat and beetroot.

According to Avantium’s press release in October 2019, they aim to be one of the technology providers for a fully degradable and recyclable Paper Bottle. The new Paper Bottle will consist of a thin layer of the company’s own PEF (polyethylene furanoate) that will make the bottle resist any gas permeability, meaning it will become a reputable contender against the current plastic bottle.

Tom van Aken, the chief executive of Avantium, hopes to garner major investment in the world-leading bioplastics plant in the Netherlands by the end of 2020, according to The Guardian. However, this does not sound at all intangible due to the fact that the project was backed by the Carlsberg Group in 2015, and has already achieved the backing of other multi-billionaire companies Coca-Cola and Danone since then.

Plastic bottles take up to 450 years to decompose

Van Aken stated that the plant-based plastic used for the Paper Bottle “has very attractive sustainability credentials because it uses no fossil fuels, and can be recycled – but would also degrade in nature much faster than normal plastics do,” as reported in The Guardian. The fact that the plant-based plastic can degrade quickly is vital, as according to Condor Ferries’s Plastic in the Ocean Statistics of 2020: the World is currently facing the usage of 500 billion plastic bottle every year, which means there are 66 times as many bottles as there are humans.

Editor’s pick: Oohos: Eliminating Plastic Bottles | Will We Ever Solve the Plastics Problem? | Plastic vs Aluminum

Additionally, 14% of all litter is from drinks containers alone and plastic bottles take up to 450 years to decompose. The new plant-based bottle will only take a few years in outdoor conditions, and one year in a composter to decompose. However, the bottles should be easily 100% recyclable by separating the paper and PEF, allowing them to return to the recycling stream as mono-materials.

Evian, owned by Danone, has achieved carbon neutrality by using recycled PET, resulting in 50% lower greenhouse emissions than using virgin PET in their packaging, according to their website and they have further sustainability goals they plan to achieve by 2025.

On their website they state they are: “overhauling our product lifecycle with new, innovative partners, to actively engaging the community, our sustainability initiatives will put us on track to reach our 2025 goal.” One of these partners Evian has collaborated with is the Closed Loop Fund in North America, in order to advance the circular economy through increased collection and recycling rates.

They have also teamed up with chief executive of Off-White, Virgil Abloh, to create an ‘Active Movement’ collection. The collection includes evian (re)new, the first home Evian water dispenser made of 100% recycled plastic (rPET). The dispenser uses 66% less plastic than a 1.5L Evian bottle, according to the evian (re)new website.

Coca-Cola is invested in being sustainable as a company as well. They state in their 2019 Sustainability report, that they have achieved 16 markets offering 100% recycled PET bottles, as well as a new bottle-to-bottle recycling facility in the Philippines and a new programme called “Every Bottle Back” which includes a new $100 million industry fund. “Every Bottle Back” will be used to improve multiple areas when it comes to recycling in places with large infrastructure gaps, increasing the amount of recycled plastic that can be remade into new bottles.

Avantium alongside these acclaimed companies with their own passion and capacity to be sustainable, have put their abilities together to begin to change the way we consume drinks. Subsequently helping to achieve a new way of reducing plastic waste. As a population we can contribute to this innovative approach to sustainability by investing into the new plant-based technologies to overcome the use of plastic in the near future.

EDITOR’S NOTE: The opinions expressed here by Impakter.com columnists are their own, not those of Impakter.com.  In the cover photo: Plant-based plastic bottles by Carlsberg  Photo Credit: Carlsberg

How Indigenous Peoples Practices Can Guide Our Recovery From COVID-19

A Perennial Plan to Preserve the Planet

Lola is a former Editorial Intern at Impakter. Based in Liverpool, she is currently studying MA Publishing at the University of Central Lancashire and works as a Web Content Writer

A Perennial Plan to Preserve the Planet