Why I am taking on Facebook. The history of Pondenome. 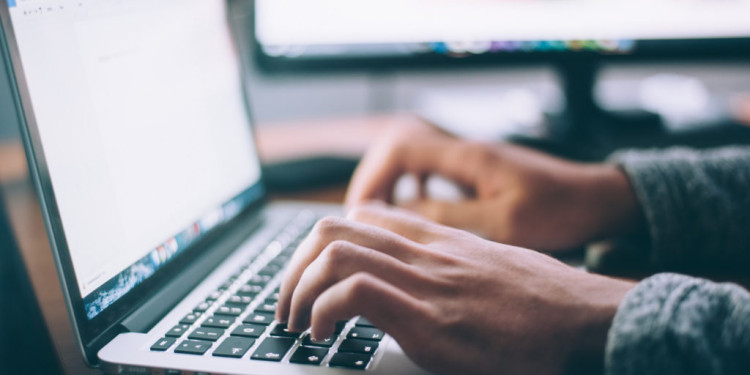 Editor Note: This article was shared with us by Rob Guinness, Founder and CEO of Pondenome. Pondenome aims to be a game changer social network trying to protect users’ privacy at all times.

More than ten years ago, I came to the realization that Facebook is not very fair to its users. Facebook users provide all of the content that attracts people to the site, yet Facebook keeps all the profits that the site generates. Many people view Facebook as a useful “service” and are happy to accept such terms, as long as the service is free.

But a question remains in my mind: Is it a good service? To answer this question, we have to get at the heart of what kind of service Facebook or any social network is. In my view, the fundamental purpose of a social network should be to help people communicate with friends and family. Some social networks cater towards a slightly different (or broader) networks of relationships. For example, LinkedIn caters towards professional networks. Twitter caters towards public communication—by default all tweets are public, and only a small percentage accounts keep their tweets “protected.” The kind of social network I am most interested in is the first one mentioned, where the primary focus is interactions among friends and family.

Most people would agree that social networks can never rival in-person social interactions or even more traditional “remote” one-on-one interactions like phone calls or writing letters. One reason that people still value these traditional forms of communication is that they transmit an implicit yet important signal between the communicants: You are important to me, and I am willing to invest my time and energy into our relationship. When someone posts something on Facebook, the implicit signal is something more like, “Look at me! I’m important, too!”

This is not to imply that group interactions are bad or less important than one-on-one social networks. On the contrary, humans are social beings, and we naturally form social groups. One of the requirements for such groups to form and prosper is the ability to easily communicate within the group.

Let’s elaborate each of these points separately. The first point, which basically concerns privacy, should be quite obvious to anyone who has followed the recent scandals surrounding Facebook and Cambridge Analytica. If anyone still believes that their Facebook posts are only visible to their friends on Facebook, he or she is probably just burying his or her head in the sand. One only has to look to Mark Zuckerberg’s own statements that they will soon employ more than 20,000 “content reviewers” to realize that their posts are potentially visible to people other than the intended audience.

The second point—controlling whether communications reach the intended recipients—has to do with the fact that Facebook users don’t control the algorithms that determine who sees a particular piece of content. In fact, if one has more than a few dozen friends on Facebook, it is highly unlikely that every one of your posts is actually seen by every one of your friends. Can you imagine any other communication system working in such a manner? For example, would you use email if there was only a 70% chance your email would be shown to its recipients? I think not.

In order to address the above flaws, I started (in March of this year) to create a new social network. It is called Pondenome. The name is a reference to the father of information theory, Claude Shannon, who is one of my scientific heroes. It is a made-up word that appears in one his most important articles.

Many have asked me how it is pronounced, and I always answer with a smile, “You can choose!”.  Personally, I pronounce the first part like the word “pond” and the second part like the word “gnome.” In between, there is a short “e” syllable. But I am perfectly fine with people coming up with their own pronunciations, and I imagine it will be localized into different languages as the service grows. For example, here in Finland people will probably pronounce it according to the Finnish phonetic alphabet, which is similar to the Spanish or Italian one. I think that’s just awesome. 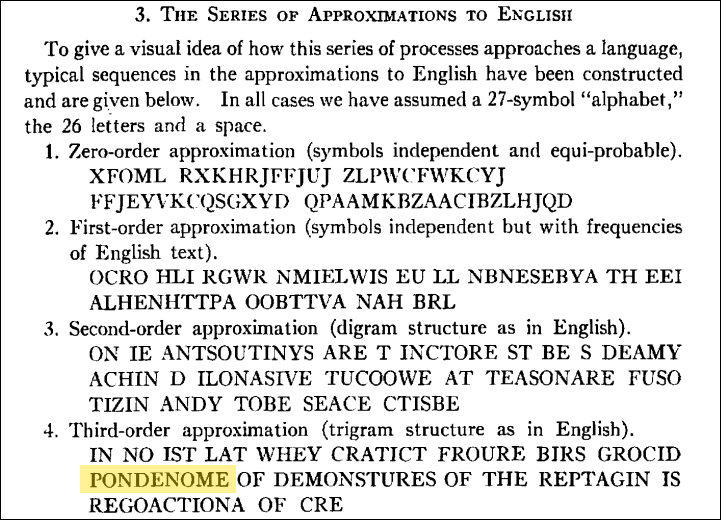 In the Photo:  The origin of Pondenome’s name. Photo Credit:  Pondenome

The name also hints at one of the defining features of Pondenome. Shannon was an early pioneer in modern encryption techniques, and Pondenome aims to be the world’s first end-to-end encrypted (E2EE) social network.

What is end-to-end encryption? In short, it means that messages and other content are encrypted locally on a sender’s device and can only be decrypted on the intended recipient’s device. This solves the first flaw of Facebook mentioned above.

In addition to E2EE, all client applications for Pondenome will be open source. Not only am I a huge fan of open source (living in Finland has that effect), I have come to believe that there is no way to guarantee privacy for users without being open source.

Without open source code, users of digital services just have to trust the service providers that they are disclosing all the data that they are collecting, and we all know that companies can be unscrupulous. Open source allows experts to verify that a provider is doing what they say they’re doing and not collecting any extra data “under the hood.”

Another benefit of open source is that a wider audience of security researchers can identify potential security flaws. Even the best software written by the best engineers can sometimes have security flaws. Hiding being closed source code does not really protect users; it just ups the ante for whenever the flaws will be discovered. Open source is the best way to ensure the highest possible level of security. 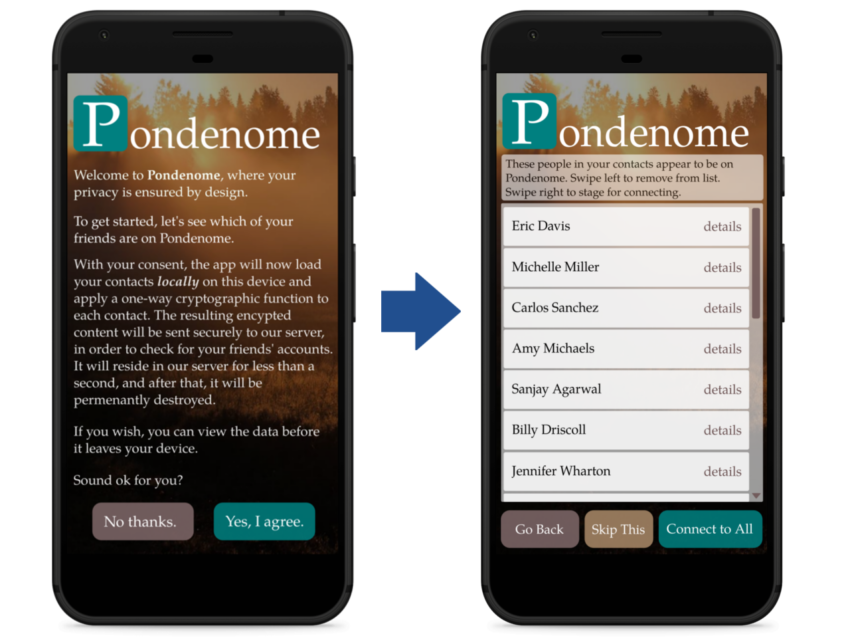 In the Photo:  The user interface of Pondenome. Photo Credit: Pondenome

In order to address the second flaw of Facebook (and other social networks), Pondenome will give control back to the users over which content they actually see, through a powerful set of filters. The “algorithm” for producing the Pondenome content feed will be so simple that it doesn’t deserve to be called an algorithm. Furthermore, we will provide feedback to the posting user as to whether or not their posts were actually displayed to all their friends. If this sounds so simple and obvious, it is because it is, which makes one wonder why other social networks don’t offer this functionality.

In the Cover Picture:  Hands and Laptop. Photo Credit:  ElectroSawHq

Pondenome aims to be live by the end of 2018. Soon they will be launching a crowdfunding campaign too. If you are interested in joining this startup please get in touch with Rob either through Pondenome’s website or the relevant social networks.

Is Crowdfunding Helping Indie Filmmakers or Not So Much?

Humanitarian Engineering – How it works

Robert Guinness is the founder of Pondenome and also serves as the CTO of Teqmine Analytics. He is a native of St. Louis, Missouri, but has called Finland his home for more than eight years. For most of his time in Finland, he has been a researcher at the Finnish Geospatial Research Institute. He has a PhD in computer science from Tampere University of Technology, a master’s degree in space studies from the International Space University, and a bachelor degree in physics from Washington University in St. Louis. Before entering the world of software development, he worked at NASA.

Humanitarian Engineering - How it works