Protests in Iran and the Reasons Behind Them 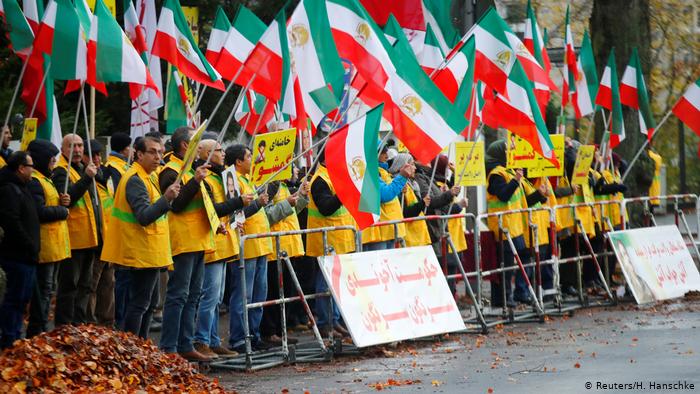 Since Nov. 15, Iran has been facing severe protests that erupted following the 300% increase in fuel prices, and later on becoming a bigger scale outcry against the current regime under Supreme Leader Ali Khamenei. The increase was “designed to fund cash benefits for Iran’s poorest citizens during a time of profound economic stress.” According to Amnesty International, the death toll of the protesters killed during violent clashes has risen to at least 161 protesters and they are expecting this number to be on the rise.

These deaths follow the intentional lethal use of force by the Iranian security forces, resulting almost entirely from the use of firearms. In addition to that, one man is reported to have died due to inhaling tear gas and another man after being beaten by the security forces while BBC has reported that thousands have been injured or detained.

Philip Luther, the Research and Advocacy Director for the Middle East and North Africa at Amnesty International has said that the death toll in Iran is “an alarming indication of just how ruthless the treatment of unarmed protesters has been by the Iranian authorities and reveals their appalling assault on human life,” while the government of Iran dismissed the estimates by the group and urged media to only believe information supplied by the government.

The protests had not been widely reported in Western media because of an unprecedented weeklong shutdown of the internet in Iran, yet social media photos and videos emerging in the last couple of days are showing the extent of the protests. Journalists based in Iran have been unable to stream continuous information due to potential consequences, however, BBC Persian has gathered certain disturbing images of the scale of the protests.

The regime was so scared of losing control, that they closed down schools in Tehran during #IranProtests.

They blamed these closures on the "snow".

But, they actually used school properties for arresting protesters, as this video shows.

Network data from the NetBlocks internet observatory confirm that connectivity has been restored with multiple fixed-line providers across much of Iran, allowing some users to get online via wifi. With the internet finally back up, citizens are getting their digital lives back on track. According to Al Jazeera, this blackout disrupted daily lives to the extent of daily routines, postponing university application plans and an overall blow to the bottom lines of many businesses. Many tech and startup companies based in Iran were affected by this and the very few that managed to reinstate limited bandwidth connection had a drastic drop in sales.

Related Articles: All Of Them Means All Of Them: The Lebanese Revolution | Enough Bloody Shirts: The 1 in 5 Million March

Many people were unable to reach their loved ones outside the country via online apps that use voice over internet protocol (VoIP), forcing them to make costly phone calls while university teachers and students abroad could not coordinate studies with locals.

On an international level, with the internet ban, citizens in distress have not managed to draw international attention to the humanitarian crisis at hand, with one citizen tweeting, “God has forgotten us, our world has forgotten, we are lonely, we only have ourselves!”

While the ban cut Iran off from the rest of the world, officials enabled the smooth running of the daily life with Iran’s-own navigation, search engine and ride-hailing apps continuing to work, turning Iran into a bubble disconnected from the world.

The most important question here to ask would be, what is the underlying cause for the rise of the fuel prices? In a country like Iran, an energy superpower with an important Petroleum industry, around 60% of its economy is dominated by oil and gas production.

However, the recent political conflicts resulting from the U.S. imposing sanctions over the Iranian oil market slashed Iran’s crude oil exports by over 80% following Trump’s exit of Iran’s 2015 nuclear deal with world powers. This stemmed from the U.S.’s stance against the Islamic Revolutionary Guard Corps (which the US has identified as a terrorist group), upon whom it inflicted economic sanctions in April 2019 and any organisations affiliated with it.

According to Al-Monitor, on Nov. 5, Iran had announced it would begin enriching uranium at its Fordow plant, which under the 2015 nuclear deal (the Joint Comprehensive Plan of Action, or JCPOA) was to be used only as a research facility until at least 2031. Yet since Trump’s exit from the nuclear deal, Iran has started building it’s nuclear programme, although the other participants of the deal (Russia, China, Germany, France, Britain and the European Union) are still trying to get Iran to negotiate.

Due to these sanctions, Iran has been unable to export its extensive oil resources, leading to domestic price increases.

Through these sanctions and an almost total economic embargo, Trump aimed to force Tehran to accept stricter limits on its energy and nuclear activity, as Iran is seen as a power that could potentially develop nuclear weapons due to its possession and enrichment of uranium, which would then be a threat to the U.S. and allies’ security as well as the global balance of power. Due to these sanctions, Iran has been unable to export its extensive oil resources, leading to domestic price increases.

As of Nov. 29, Belgium, Denmark, Finland, the Netherlands, Norway and Sweden are in the process of becoming shareholders of the Instrument in Support of Trade Exchanges (Instex), as announced in a statement, with the aim of preserving the JCPOA. They have also urged Iran to “return without delay to full compliance with the terms and provisions of the nuclear agreement.”

Whatever happens domestically in Iran following this, it’s all tied to its foreign policy and relations with the other big energy superpowers of the world.

Editor’s Note: The opinions expressed here by Impakter.com columnists are their own, not those of Impakter.com— In the featured photo: Protesters in Iran — Featured Photo Credit: DW

Agriculture, food security and climate change with a gender lens

Investing with impact: a look at Bodossaki Foundation

Mina is an aspiring journalist interested in current global affairs, foreign policy, Turkey and the Middle East. She is a recent King's College London graduate and is starting an MA programme at SOAS upcoming September.

Investing with impact: a look at Bodossaki Foundation