Belarus Accused of Weaponizing Refugees in Vengeance Against EU States 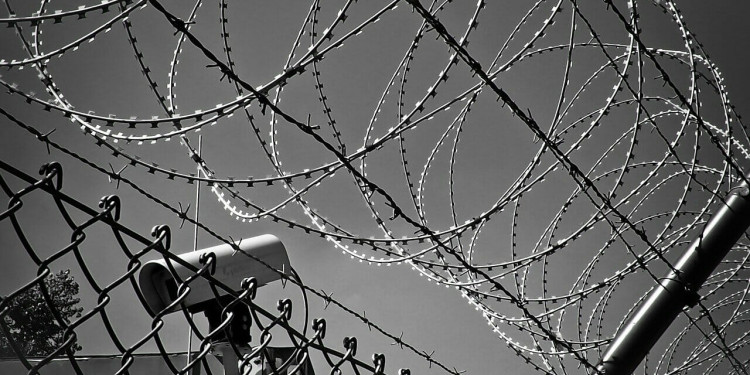 A humanitarian crisis is brewing at the Polish-Belarus border as refugees used as political pawns between European powers are dying from hypothermia and exhaustion. At the time of writing, five migrants have died at the border as temperatures plummet.

“Confused, weak and exhausted people are being left in the forests, with no hope for help or a chance of being heard. We’re worried … an already tragic situation would only get worse”. – Kalina Czwarnóg from Ocalenie told the Guardian.

Some have even begged to be deported back to their home countries, but still, their pleas go unheard. Instead, they are left with limited access to food, drinking water, medical assistance, sanitation facilities or shelter.

These refugees are just a handful though out of the 5,000 migrants Poland claims have attempted to cross their border so far in September. This number compares to just 120 attempts in all of 2020. Along with Poland, Latvia and Lithuania are also recording an unbridled influx of migrants and all three states blame Belarus.

Poland and the Baltic States claim refugees from the Middle East are being weaponized by Belarusian President Alexander Lukashenko in an act of ‘hybrid war’. As a result of Lukashenko’s recent crackdowns on pro-democracy movements and human rights violations, Belarus has suffered harsh European sanctions.

Belarus has plenty of reasons to be waging war with its neighbours. In June, European Union (EU) members banned flights arriving via Belarusian airspace after Belarusian authorities diverted a Ryanair flight to detain a Belarusian opposition journalist. Lithuania was central to this punishment and thus sees the influx of migrants as retaliation from Belarus.

Similarly, Poland may have offended Belarus after Warsaw gave refuge to Belarusian athlete Krystsina Tsimanouskaya after she refused to return home from the Tokyo Olympics. These may just be small victories for Lukashenko though as he seeks vengeance against the EU in its entirety.

Poland, Lithuania and Latvia all share one long border with Belarus and until recently this border represented a weakly protected section of the EU’s external border. In response to the EU’s crackdowns, Lukashenko threatened to “flood the EU with migrants and drugs” and it appears he is making good on that promise.

The EU has offered to help and deploy Frontex, the European Border and Coast Guard Agency. However, unlike Lithuania and Latvia, Poland is refusing help. For Frontex to intervene it must be called upon by the host country but this goes against the Polish government’s narrative that it needs assistance or that outside parties should intervene in matters of security.

The country has tended to be wary of EU-wide migration policy and the crisis on the border has actually aided the ruling party in Poland, the PiS. The party is currently sagging in opinion polls and is in crisis of losing its control of parliament. However, the current situation has substantiated their claims to be tough on migration and law and order, a stance that originally cemented support for the party back in 2015.

Related Articles: Belarus ‘Act of Aggression’: EU to Aid Lithuania in Border Crisis | The collapse of Democracy in Poland: What it Means for Europe

Opposition parties have been put in a difficult situation as their only options are to support refugees which goes against the national consensus or support the cruel, conservative position Poland is currently taking.

Campaigners, however, are appalled with the situation taking place at the border. Although Polish Prime Minister Mateusz Morawiecki claims to sympathize with the migrants, he continues to view them as “a tool in the hands of Mr. Lukashenko” and will not succumb to “this type of blackmail.” As a result, Poland is denying entry and officials on the border are allegedly leading the refugees back to the Belarusian border at night to cross over again.

Activists insist that forcing migrants back to Belarus prevents them from filing asylum claims which breaches international agreements, such as the Geneva Convention and the European Convention on Human Rights.

“Pushbacks endanger lives and are illegal under international law” the International Organization for Migration and the UN Refugee Agency said in a joint statement this week. “While states have the sovereign right to manage their borders, this is not incompatible with respect for human rights including the right to seek asylum.”

Concerns have only grown as the death toll increases, temperatures continue to plummet and border officials refuse entry to journalists and activists. Humanitarian organizations that want to supply the trapped refugees with food, blankets and clothes are being kept separate and border guards are using engines and sirens to prevent communication.

It’s unclear just how bad the situation at the border is due to the media blackout, however, few have hope that the situation is likely to improve any time soon.

Editor’s Note: The opinions expressed here by Impakter.com columnists are their own, not those of Impakter.com. — In the Featured Photo: A black and white photo of a barbed-wire fence. Featured Photo Credit:  Michael Gaida