A reminder for 2022: Here is why we should not fear refugees whose numbers will inevitably grow with climate change and global political instability 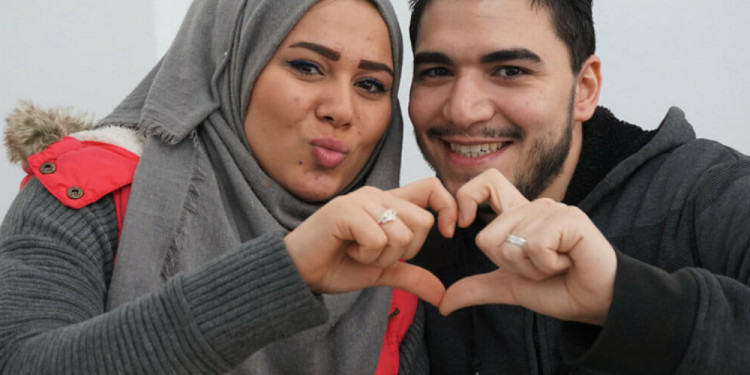 Under the EU relocation programme, asylum seekers are relocated from Greece to European Union (EU) and Associated States. IOM is implementing the scheme.

Editors’Note: This article was first published in June 2018. We are happy to republish it now as it is a strong reminder that we have nothing to fear from a surge in the number of refugees that will inevitably grow with climate change and political instability. At the time of writing, three years ago, there were globally 22 million refugees. Today the number is 26.6 million while 48 million are internally displaced (UNHCR data – as of mid-2021). Perhaps an even more striking figure is the number of migrants around the world today living outside their country of birth: 258 million. In developed countries that are often – but far from the only – destination of refugees and migrants, the attention is on the threat they pose to the economy. A completely groundless threat, as shown in this article.

Globally, there are over 22 million refugees. This number is growing, with the majority of refugees concentrated in the Global South. Whether the result of natural or man-made catastrophic events, refugees are usually cast as economic burdens for host countries – yet the facts provide conclusive evidence that they are not.

It is time to recast the economic discussion on refugees based on sound science.

Often national or local media and politicians fix on incomplete data or an incident that reflects badly on the “outsiders,” skewing the common perception and government response to refugees. Anti-refugee sentiments expressed recently in Germany, Sweden, Italy, Slovenia, and the United States are examples of this.

Our search for studies that assess whether refugees generate costs or benefits for host countries indicates that this research is largely limited to developed country cases. Few examinations take both short- and long-term views to determine the costs and benefits of integrating refugees into society.

Typically, public expenditure is used to determine costs, e.g., processing, accommodations, and provision of basic needs, including health, education, and social welfare, for refugees during the first years after entry into a country. A long-term view would include the costs to and benefits received directly or indirectly from refugees by the state. 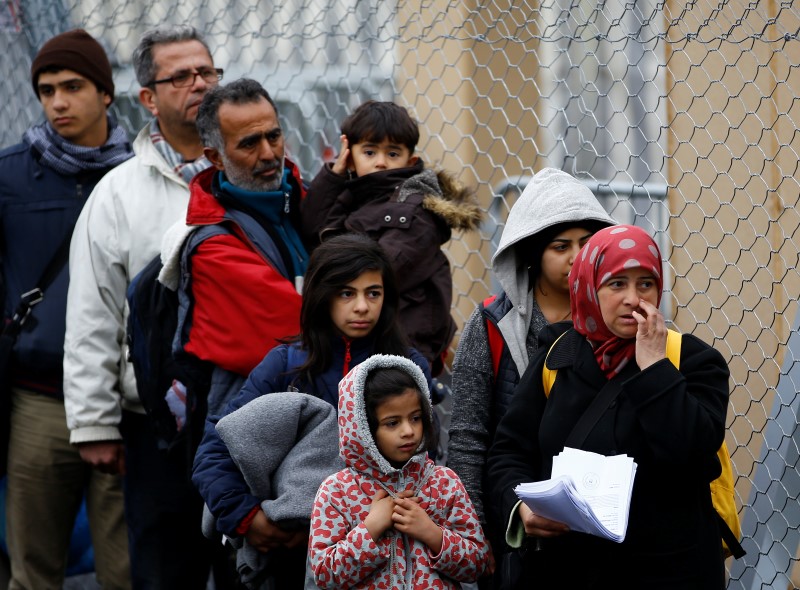 In the photo: Migrants wait to cross the border from Slovenia into Spielfeld in Austria, February 16, 2016. Photo Credits: REUTERS/Leonhard Foeger

Refugees: Lessons from the Austrian experience

In the light of Austria’s recent turn to populist solutions to the immigration problem, it is interesting to take a closer look at what really happened with the refugees that succeeded in entering the labour market.

A comprehensive study in Austria, undertaken by the Austrian Joanneum Research Institute, concluded that refugees can generate a positive net benefit for the economy of the host country. In such a case, taxes and social security payments by the refugees exceed transfer payments to them.

Initial refugees’ net benefits to the economy were relatively small, but the authors underline that these benefits could rise significantly if the host country provides sufficient support for investments in refugees’ general and professional education to facilitate their successful entry into the labour market.  In the absence of such investments, the benefits begin to stagnate or even decline after some years.

As a result, the authors see an urgent need for host countries to make much greater efforts to improve refugees’ integration through early and sustainable professional qualification.

So far, only 50% of all male refugees in Austria find a job, and this rate is much lower for women. The situation is quite similar in other developed countries, although it varies depending on the refugees’ level of professional education and on the respective labour markets. Hence, in situations of labour shortages in developed countries, both refugees and host countries’ economies may benefit from admission of the refugees.

However, it should be noted that the study only applied to refugees who had been granted asylum. Therefore, the often rather high costs and long duration of asylum application processing did not enter this comparison of costs and benefits. Of course, whether or not a host country realizes a net benefit not just from recognized refugees, but from all asylum seekers, is also determined by the costs and duration of application processing. 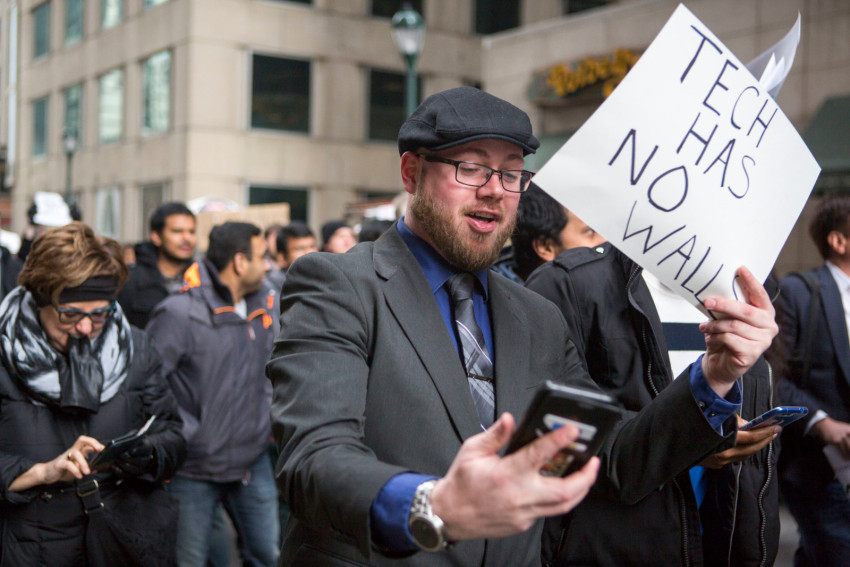 In the photo: PHILADELPHIA, PA – FEBRUARY 2: Comcast tech employees walk out of work to rally against President Trump’s recent immigration order on February 2, 2017 in Philadelphia, Pennsylvania. The rally will also happen in other Comcast offices across the country, including Sunnyvale, California and Washington, D.C. — Photo Credits:  Jessica Kourkounis/Reuters)

Far from being an “economic burden”: “higher entrepreneurial activity”

Immigrants, of which refugees are a subset, provide additional perspective.

A Harvard Business Review article “Why Are Immigrants More Entrepreneurial?” (October 2016), citing data from the 2012 Global Entrepreneurship Monitor, showed that “the vast majority of the 69 countries surveyed reported higher entrepreneurial activity among immigrants than among natives, especially in growth-oriented ventures.”

This is the case of the tech industry, most famously Silicon Valley, where the founders and CEOs of tech enterprises, whether established global corporations like Microsoft or rising “unicorns” are often recent immigrants.

The impact of refugees on the developing world

What about refugees in low and middle-income countries: are there benefits to host communities, regions, and nations? What we do know, based on limited analyses in various circumstances is the following.

In low-income countries, refugees bring new clients to local businesses as they attract substantial foreign assistance for goods and basic services in nearly every sector, and they are themselves consumers.

This is the case in the agriculture sector, and with respect to food security. Before leaving their home countries, many of the refugees were earning their livings in agriculture or related activities in rural areas. These people are typically highly interested and motivated to use their skills in the new environment, be it to improve their own families’ direct access to food or to contribute indirectly to local food security.

Given access to land, basic tools, inputs, and infrastructure, refugees can provide new impetus for economic activity and growth, when local producer and consumer concerns are considered. 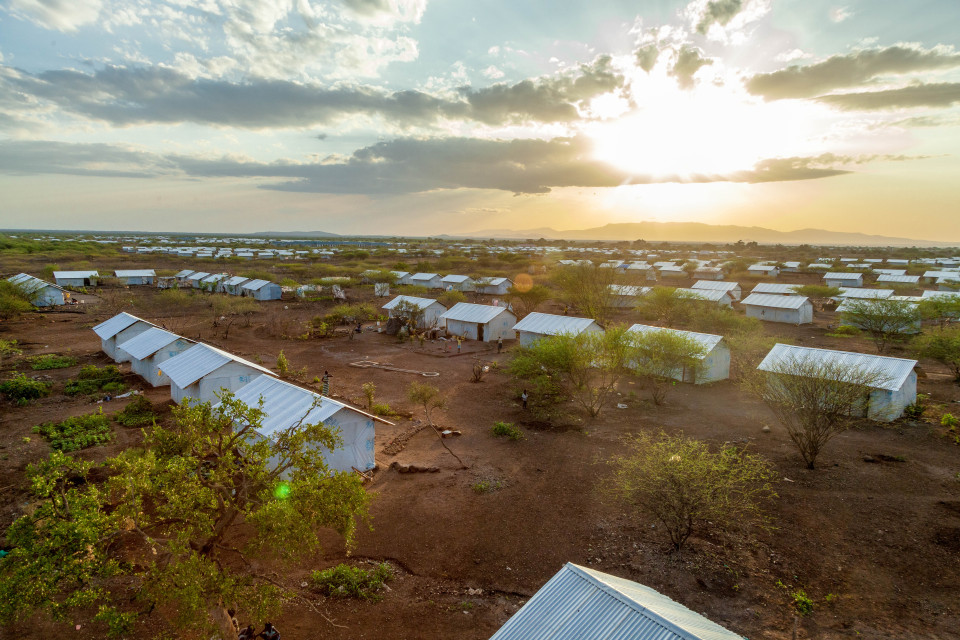 In the photo: Kakuma refugee camp is located in the North-western region of Kenya. The camp was established in 1992 following the arrival of the “Lost Boys of Sudan”. Photo Credit: UNHCR

In Kenya, the 185,000-person Kakuma Refugee camp brought a substantial level of private commercial investments. Uganda offers another example of the strengths (as well as weaknesses) of a more open refugee policy.

In both low and middle-income countries, investment in the health sector represents a major public sector expenditure and a potential constraint to worker productivity.

External assistance can be significant and is among the primary responses to refugees, along with food assistance and provision of shelter. It involves addressing basic health needs and establishing health facilities, most often in remote areas where government support to its population is inadequate.

Servicing of the refugee community can directly or indirectly spill over to an underserved surrounding community. For example, a World Bank project, the regional Africa Great Lakes Initiative for HIV/AIDS (GLIA), which began in 2005, required that HIV support for refugees be accompanied by financing for surrounding communities.

Disease prevention, surveillance, detection, and response in a subregion are often expanded with the presence of such a refugee community, benefiting both refugees and hosts alike.

How refugees can enrich their new country

There are many examples of how refugees can enrich their new country, bringing skill sets in limited supply and opening attention and access to underserved areas.

Innovative approaches to match refugees with host city needs are currently in development. This discussion touches only the tip of the unexplored potential for conducting in-depth research into the costs and benefits of a significant refugee presence in different settings, taking into account the economic, social, and security context of the host country.  Objective analyses that build a methodology and evidence base and generate sound data on the benefit side of the equation will lead to more valuable conversations in political classes and recipient host country populations.

Along with humanitarian support, external funders, in conjunction with national governments, need to provide funds for studies that fairly assess the direct and indirect economic impacts of refugee communities. 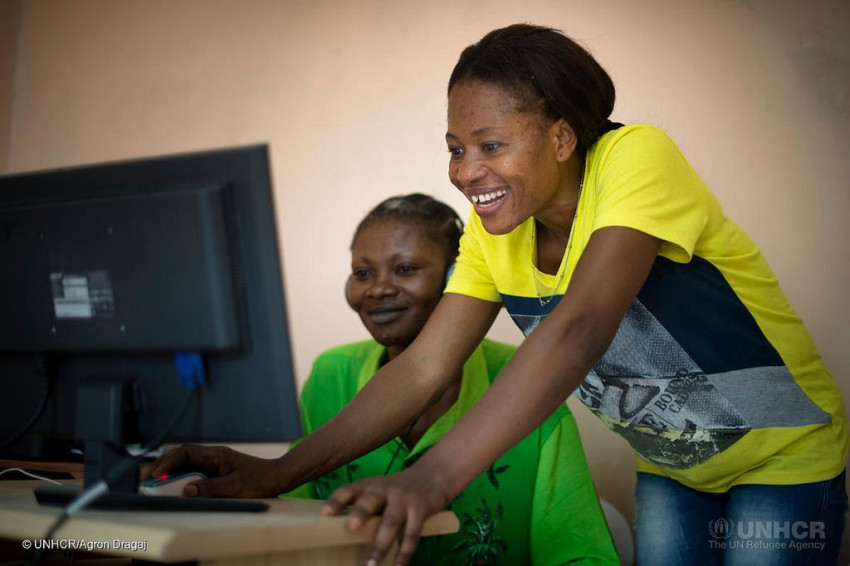 In the photo: Empowering Women Refugees Budiaki, 32, helps a student to connect with family online during one of the basic computer skills training sessions that she runs at a Women’s Centre for urban refugees in Nouakchott, Mauritania. Photo Credit: UNHCR

How to best address future challenges from refugees and immigrants

In the near future, migration, the number of refugees moving between and within countries in response to conflict, economic need, and climate change is likely to increase. Much of what follows applies to immigrants as well, though they do not have access to the protections provided by international law (the Geneva Conventions).

Conducting well-designed studies to understand the impact and potentially capitalize on this movement for the benefit of both refugees and receiving communities should be a near-term priority. Specifically:

(1) temporary assistance and assimilation of refugees into host communities will benefit from increased economic and social research on the impacts of refugees on receiving communities in various sectors (e.g., agriculture, commerce, and health);

(2) Cities in the U.S. and elsewhere that are leading in the integration of migrants should serve as laboratories for study (e.g., Dallas, TX, USA, and Kilis, Turkey; Confronting the Global Forced Migration Crisis, CSIS, 2018), and documenting the impact of these municipal programs, including assessing societal benefits of refugee resettlement, will be essential;

(3) The 2016 UN New York Declaration provided a basis for the Global Compact for Safe, Orderly, and Regular Migration.

Adoption of this Compact is an important step forward. It, and policies that follow, must be informed by sound science to ensure the mutually beneficial integration of refugees into host communities.

This piece was co-authored by:

Hartwig de Haen a professor at the Institute for Agricultural Economics in Göttingen until 1990, was Assistant Director-General of the Food and Agriculture Organization of the United Nations (FAO) in Rome, first heading FAO’s Agriculture Department and from 1995 the Economic and Social Development Department. From 2008 until 2016 he has been member of the Supervisory Board (Präsidium) of Welthungerhilfe. Hartwig de Haen is member of the Académie d’Agriculture de France.

Richard Seifman is a former World Bank Senior Advisor and U.S. senior foreign service officer. He is currently a member of The Global Fund Technical Review Panel and is on the Board of the United Nations Association of the USA-NCA.

Hartwig de Haen a professor at the Institute for Agricultural Economics in Göttingen until 1990, was Assistant Director-General of the Food and Agriculture Organization of the United Nations (FAO) in Rome, first heading FAO's Agriculture Department and from 1995 the Economic and Social Development Department. From 2008 until 2016 he has been a member of the Supervisory Board (Präsidium) of Welthungerhilfe. Hartwig de Haen is member of the Académie d'Agriculture de France.