Regional Integration in Africa: What Does Informal Trade Offer? 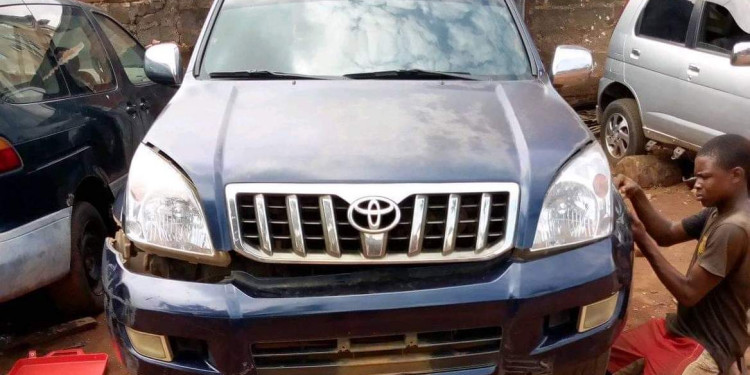 Abraham and George are auto mechanics with large shops in a southeastern city of Awka, Anambra State, Nigeria. A visit to their shops presents a picture of cars everywhere with many “boys” working on them. Even frequent customers find it difficult to schedule their cars for repairs, as customers often need to give at least two-day notice before bringing their cars. While Abraham is a “panel beater” (i.e. auto body repairs), George is a diagnostic and service technician who specializes in engine, brakes/automatic transmission, suspension, and steering repairs.

What makes this story interesting is that both auto mechanics are not Nigerians, but Ghanaians. In Nigeria, most people believe Ghanaian auto mechanics are more efficient. Who would blame them? With an advanced auto repair industry in Ghana, mechanics like these have continued to provide such essential services across West Africa. Ghanaian auto repairs constitute an important part of the informal sector of trade in service.

What constitutes informal trade is a question that confuses many. Perhaps because the term “informal” has been used loosely in many trade discourses, but it should have some quantitative and qualitative definitions. Quantitative informal trade relates mainly, but not exclusively, to the volume of undeclared exchange in border and overland areas. While the qualitative aspect is that the target customers of such trade are the poor and low-middle class. However conceived, trade, informal and formal, aims to integrate economies.

[T]hese groups are constantly devising means to move commodity goods or services into other African countries while avoiding obstacles to formal trade.

There exists in Africa a renewed effort to (re)integrate economies. This is seen in the recent Africa Continental Free Trade Agreement (ACFTA) which intends to create an African-wide free trade zone either via existing regional economic commissions (RECs) or creating new systems. The motivation for this is the low volume of intra-African trade. The share of formal intra-regional imports in total imports in the main regional trade agreements (RTA) on the continent remained, in 2008, between 2% and 15%. While by 2016 estimates, the share of formal intra-African exports stands at a low of 18% of total exports.

Formal intra-African trade has received much attention, but quantifying the volume of informal trade is cumbersome. However, informal trade has continued to grow despite the “thickness” of African borders. Dimensions of the informal sector are defined as “unregulated and mostly unregistered sectors of the economy” of numerous petty or small-scale businesses operated by artisans, peasants, and other “microcosmic-entrepreneurs.”

As part of their survival strategies, these groups are constantly devising means to move commodity goods or services into other African countries while avoiding obstacles to formal trade such as non-tariff measures, burdensome procedures at customs, and redundant entry/exit requirements.

African informal trade is important when considered from the welfare perspective — trade which generates revenue for small traders and the low-value items sold. At the same time, it provides employment for a significant segment of the population, and in most cases for women. Poor African women have taken to informal trade as a means of providing for their families, despite risks of sexual harassment at border crossings and confiscation of their goods.

The informal sector employs about 85.8% of Africa’s population; while this presents challenges, there are also numerous opportunities for regional integration. On one hand, the nexus of informal trade increases population density and in some cases crime. On the flip side, it presents an opportunity for micro and medium business start-ups across Africa.

Entrepreneurs on this level are self-supported, with easy overhead expenses that are not as large as those of the formal sector. These businesses have potential to reduce unemployment and extend markets for simple commodity goods across the region. Such commodity goods via informal trade are spread beyond local markets to connect with a region-wide market.  In West Africa for instance, informal trade extends primary products, semi-manufactured goods, and essential services beyond local countries, thereby integrating local economies into a wider regional market.

Small businesses originating from neighbouring countries engage in car repairs, shoe making, soap and body cream-making, etc. while employing unskilled labour within their host countries. Sometimes, these businesses depend on primary products from their home countries during semi-processing, and create a micro-supply chain system in the process. These businesses have potential to grow and scale-up performance as well as market outreach.

Maybe the informal sector is becoming the new formal in Africa. This might be true because of the potential the sector presents, and the fact that Africans have engaged in this sector for quite a while.

However, opinions on informal trade from the political side still see this sector from the prism of “non-remission of tax to government, free-loaders and harbourers of illicit dealings (prostitution, drug dealing) and non-compliance with labour standards.” Consequently, national policies are structured from continuous protectionist perspectives.

Regional policies on the other hand, emphasize trade liberalization and consider the importance of informal trade. For instance, the Economic Community of West African States (ECOWAS) introduced its Plan of Action on Gender and Trade, which underscores the potential for women participating in informal trade, and the need to adopt a gender sensitive trade liberalization policy across the region.

“DreamGirls Academy: An opportunity for women’s empowerment in South Africa”

The future of integration in Africa could depend on proper articulation of support for informal trade via new perspectives of trade liberalization and infrastructure provision. By supporting these informal contacts, there exists the capacity to deepen and strengthen “regionness” and integration, which informal networks and relationships do via interdependence.

This was the case in East Asia, where economic integration was first achieved by informal networks which then became formal when state-led systems institutionalized regional integration in the area. The future of the ACFTA lies with appropriate state-led policies to support informal trade as this sector continues to bridge the unemployment gap while providing semi-manufacturing and skills across African countries.

Deal of the Week: Mira Therapeutics, A Tech Solution for PTSD

Austine Okere an academic with the Department of History and International Studies, Nnamdi Azikiwe University, Nigeria. His is currently a PhD candidate at Shandong University, China where his research area is the Politics of Sustainable Development in Africa. Austine is interested in evaluating state-led processes for trade and integration while exploring their potential and impact on achieving the SDGs. He holds Masters Degrees in Development Studies and Economic History from University of Nigeria and Nnamdi Azikiwe University respectively.