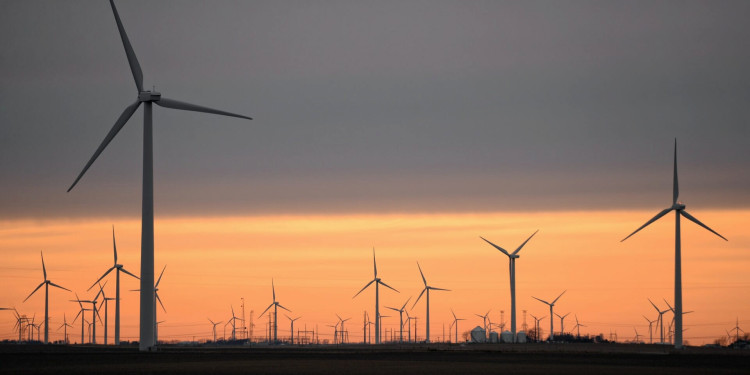 Saudi Arabia, known for being an oil-exporting powerhouse on the world stage, has gotten its first wind farm. Located around 900 kilometers north of Riyadh in the Al-Jouf region, it’s called Dumat al-Jandal and it is an impressive plant.  Connected to the grid with 99 wind turbines, each wind turbine has a hub height of 130 meters, and a rotor diameter of 150 meters capable of producing 4.2 MW of power per turbine. This adds up to 400 megawatts of production, able to power 70,000 homes.

A good first step in a green direction. Once fully operational, it will be saving 988,000 tons of CO₂ per year. The farm is part of the kingdom’s Vision 2030, a reform project intended to diversify the economy and move Saudi Arabia away from its dependency on oil. The facility was developed by a group led by EDF Renewables and Masdar, two of the world’s leading renewable energy companies, and has created more than 600 jobs during the construction phase, according to Al Arabiya.

The development of Saudi Arabia’s renewable energy sector is expected to be a windfall for labor: It could create up to 750,000 jobs over the next decade, as the Kingdom pushes to generate 7 percent of its total electricity output from renewables by 2030. The new wind farm will supply electricity under a 20-year power purchase agreement (PPA) with the Saudi Power Procurement Company, a subsidiary of the Saudi Electricity Company (SEC), the Saudi power generation and distribution company. Local media have reported that the facility’s tariff of $21.3 per megawatt-hour (MWh) was reduced to $19.9/MWh at financial close, reportedly making Dumat Al Jandal the most cost-efficient wind-energy project in the world.

Saudi Arabia’s renewable energy program aims to contribute to a sustainable future, preserve nonrenewable fossil fuel resources, and safeguard the Kingdom’s international energy leadership, according to the King Abdullah City for Atomic and Renewable Energy. That way, the program aims to ensure greater long-term global energy market stability. Renewable energy projects, including wind and solar, are planned across more than 35 parks in Saudi Arabia by 2030.

The wind farm is the first indication that Saudi Arabia is determined to make its Vision 2030 a reality. It is interesting to see the lead country of OPEC moving away from fossil fuels, and it raises the hope that OPEC that still provides 79% of the world’s energy needs may yet see the wisdom of choosing renewables.