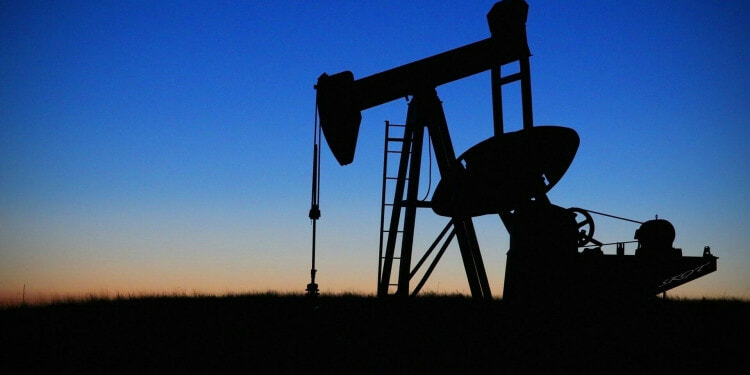 The UK government is facing increasing calls to halt production of a new oilfield off the coast of Scotland, amid criticisms that pursuing new oil and gas extraction projects directly opposes Britain’s stated commitments and could hurt the nation’s green credentials ahead of its hosting of the critical COP26 climate conference in November.

Scottish First Minister Nicola Sturgeon called on British Prime Minister Boris Johnson to “reassess” the licensing permission for the Cambo oilfield in a letter on September 12, stating that advancing such projects is a contradiction of the nation’s transition away from fossil fuels and that they “must ensure that the decisions and investments we make now are aligned with that ambition.”

However, Sturgeon’s letter has been widely criticised as a weak and ineffective call to action that does not go far enough to ensure Scotland’s climate commitments, and instead defers the decision to a Prime Minister that has previously claimed that his government “can’t just tear up contracts” when asked about halting development of the oilfield.

The science couldn’t be any clearer.
The proposed Cambo oilfield will make climate catastrophe more likely.

Opposition to Cambo has been gaining momentum in recent months, and the argument against the development of the oil field is far stronger than Sturgeon’s call to “reassess”.

The International Energy Agency (IEA) has warned that in order to limit global temperature increases within 1.5 degrees, a target agreed to by key nations including the UK at the 2015 Paris Climate Agreement, no new oil or gas projects can be developed.

Yet, if production goes ahead, the Cambo oil field will produce up to 170 million barrels of crude oil from 2025 to 2050, and would create emissions equivalent to that of 18 coal plants.

Furthermore, there are reportedly plans in the works for a second phase of extraction at Cambo which could see production increase to 288 million barrels, despite claims from the executive director of the IEA that there are already enough global oil and gas reserves to meet energy demands.

The IEA executive director, Dr Fatih Birol, has said that halting the development of Cambo “will be an important step” to the UK serving as an “inspiration to the rest of the world,” a message touted by other prominent leaders who have particularly warned of the optics of green lighting oil-fields ahead of the COP26.

Labour leader Sir Keir Starmer has said that it would “give off completely the wrong signal” prior to the summit, whilst US Climate Envoy John Kerry has said that there is “no need” for new fossil fuel investments, adding that the UK government should “measure the need for [the oil field] very, very carefully.”

The Cambo oil field has also been met with fierce opposition from leaders within environmental activist groups, who see the advancement of projects like Cambo as the embodiment of a lack of concrete commitments away from the fossil fuel industry.

Jennifer Kowalski, a member of UK group Green New Deal Rising who confronted Sturgeon face-to-face in her constituency earlier this year, stated in a report by the Independent that the First Minister “asking the government to ‘reassess’ is not enough. She needs to stop hiding behind the Conservatives and commit to no new oil fields in Scotland.”

🔥 @NicolaSturgeon has moved after pressure from young people, but asking the govt to ‘reassess’ is not enough.

The climate crisis is here. The planet is burning. Empty words won’t cut it.

Nicola Sturgeon should commit to no new oil fields in Scotland. Nothing less will do. https://t.co/zIiAvq7kSA

This message was echoed by Greenpeace UK campaigner Sam Chetan-Walsh, who claimed that “Nicola Sturgeon is deferring to Boris Johnson to check the climate impact of Cambo, but until she makes her own stance clear this is just a PR exercise.”

Public opinion is clearly against the development projects such as Cambo, and opposition to such measures will surely only grow. More than 160,000 people have signed a petition calling for Johnson to commit to no new oil or gas in the North Sea, and to directly support oil and gas workers and communities in the transition towards renewable energy.

Moreover, according to a Paid to Pollute poll, 63% of British people support redirecting government spending away from oil and gas and towards greener-energy such as wind and solar power.

A landmark report released last month by the Intergovernmental Panel on Climate Change (IPCC) warned that human influence on worsening the climate crisis is now “unequivocal”, findings that led the UN Secretary General to state that nations around the world must “end all new fossil fuel exploration and production.”

Stark warnings such as these continue to mount pressure on the COP26, and the urgency of progress has perhaps never been more apparent. With the host nation heading into the summit appearing to support oil and gas production, questions will be raised over the UK’s commitment to its climate agenda, and whether less ambitious nations could use this as a factor in stifling the vital negotiations.

Are Animals Now ‘Shapeshifting’ as a Response to Climate Change?

Voting Rights in America: Where Are We Now?