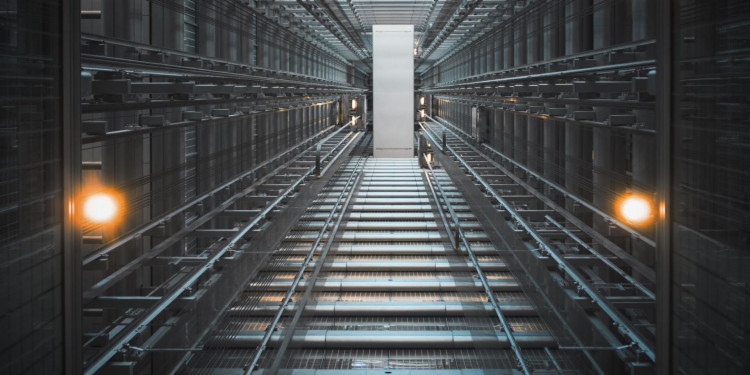 Silicon Valley’s “radical imagination” was born some 50 years ago, inspired by the 1960s Hippy counterculture and the flower people. The Internet founders dreamt of a world where consumers and producers of digital solutions were equal and free. With the rise of Big Tech and the concentration of economic power in a few giant companies like Google and Facebook, the dream died. Can it be revived? This article explores the current situation, how we got there and what can be done to regain Silicon Valley’s radical imagination. So that the dream may become reality.

With subtle headlines but clear data, financial bodies across the world are converging around a conclusion: the global economy is slacking. Whether it is a descent in manufacturing in the European powerhouse, or a debt crisis in emerging markets; there are reasons to fear a return to the uncertain economic times everyone thought we had overcome.

“Where there’s life, there’s hope”, people say. And the few golden boys of our economy, Big Tech, keep doing fine. Well, our economy is a bit of a misnomer. Most of these firms are based in the United States and their operations (along with their tax revenue and technological diffusion)  take place within its borders. Competitors from China, joining the two-way global race, follow the same model. In the age of decentralization, it is paradoxical that the most dynamic sector of the economy is controlled by very few people living in tiny corners of the world.

But what about us, the global constituency of customers who are delighted every day by digital solutions? Everybody in the Global North, and an increasing number of people in the South, functions through these apps. From commuting, to banking, travelling, working and even finding love, a handful of tools serve hundreds of millions in their quest to make their lives easier.

Can we have one without the other? Is it possible to lead digitally comfortable lives without concentrating most of innovation in a few locations around the world? Will the pioneers of the new economy lose their confidence if they are forced to share their spoils with the rest? Who cares, really? What people want is easier lives. And there is a simple solution: opening up the production, not just the consumption, of digital solutions. 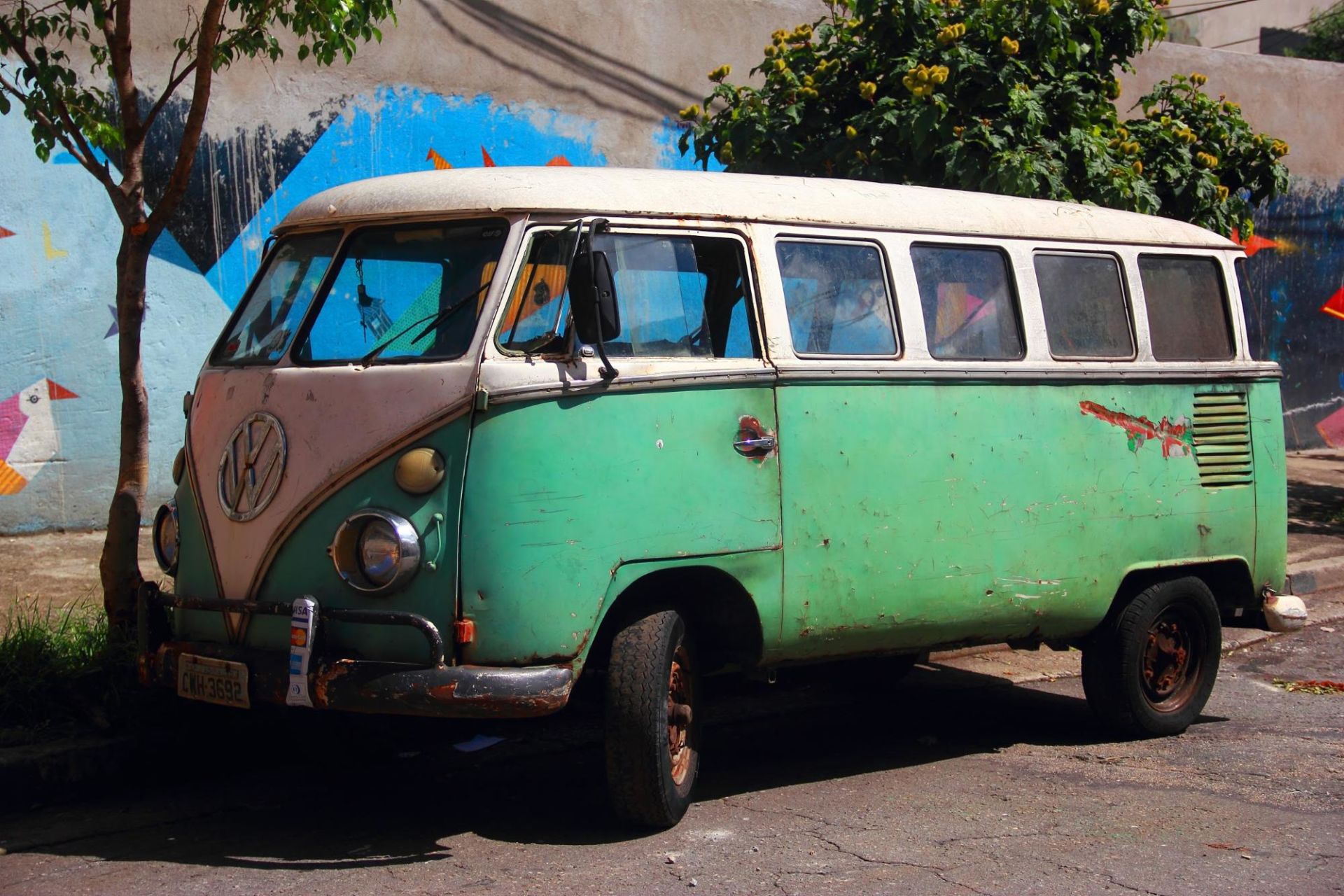 There are countless mythologies about Silicon Valley. It should suffice to say that cybernetics was an inspiration for many optimistic individuals through the 1970s and 1980s. They thought that democratizing computing power would make society more equal. As Morozov has argued, Shoshana Zuboff’s work offers a window into the promised potential and missed opportunities of the technological revolution. In the 1990s, when the Internet was finally deployed across most developed countries, she envisaged a “distributed capitalism”. The use of rapid customer feedback along with reduced costs of entry would make everyone a prospective Internet entrepreneur.

Today, Zuboff argues that this transition never took place. Instead, we have reached the age of “surveillance capitalism”. Companies seek to access and alter our behaviours to build perfectly captive consumer-producers. Whether in offices or in warehouses, we are all grinding. Even our free time is being colonized by games and applications which feed into our sensitivity to certain patterns. In fact, addiction is built on the most powerful platforms, with mechanisms that ensure we never leave these digital enclosures. Zuboff might be just one intellectual who changed her mind, but do we not all share some of these misgivings about tech? 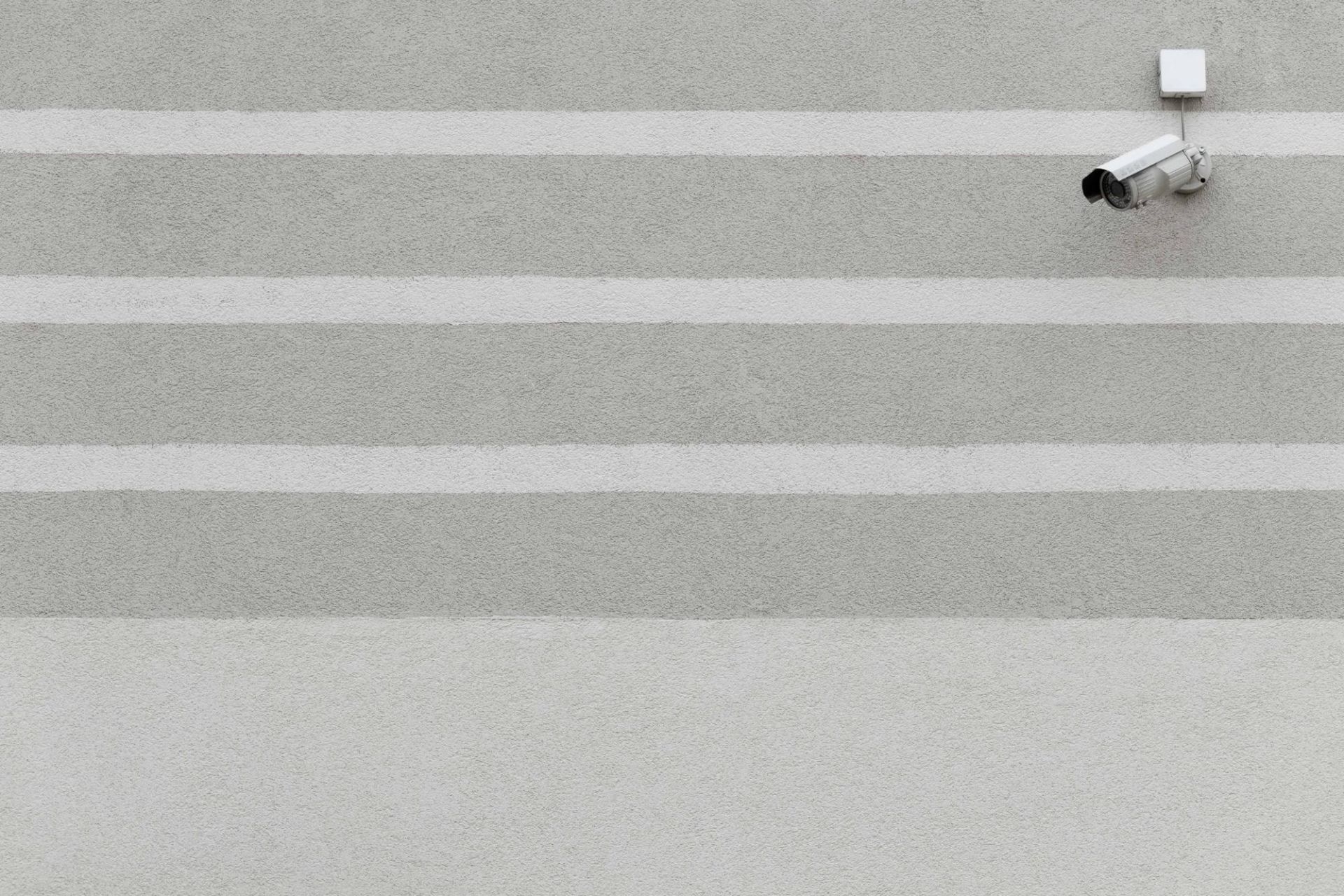 These huge enterprises base their business models around achieving a quasi-monopolistic status. As Nick Srnicek has studied, expansion, monopolization and invulnerability are fundamental for companies like Google over time. First of all, because their data-fuelled solutions need ever-increasing inputs from digital users. Fund-backed tech giants keep acquiring smaller startups to increase user acquisition in new sectors or avoid future challenges from smaller players. Secondly, monopolization is key: in social networks like Facebook, you can only really make your service attractive if virtually everyone is using it. This is the “network effect” that makes winner-take-all strategies unavoidable. What would be the point of logging in if everyone else had profiles on a different platform? Finally, the combination of expansion and monopolization make these platforms almost invulnerable: our lives have become so intertwined with their systems that it seems almost impossible to work outside them.

In economic terms, this means that the Internet’s tendency is towards concentrated compartmentalization. The dominance by big players, while providing wonderful solutions, is also stifling innovation and economic growth. For instance, the UK’s Digital Competition Expert Panel concluded that concentration is raising prices, limiting choices and impacting quality. Incumbents have an enormous advantage over new entrants. This also applies to the entire globe. UNCTAD is trying to coordinate competition regulators across the world, concerned that Big Tech is a threat to income and technological convergence for developing countries.

Breaking Assumptions in STEM: Women in Cleantech and Sustainability 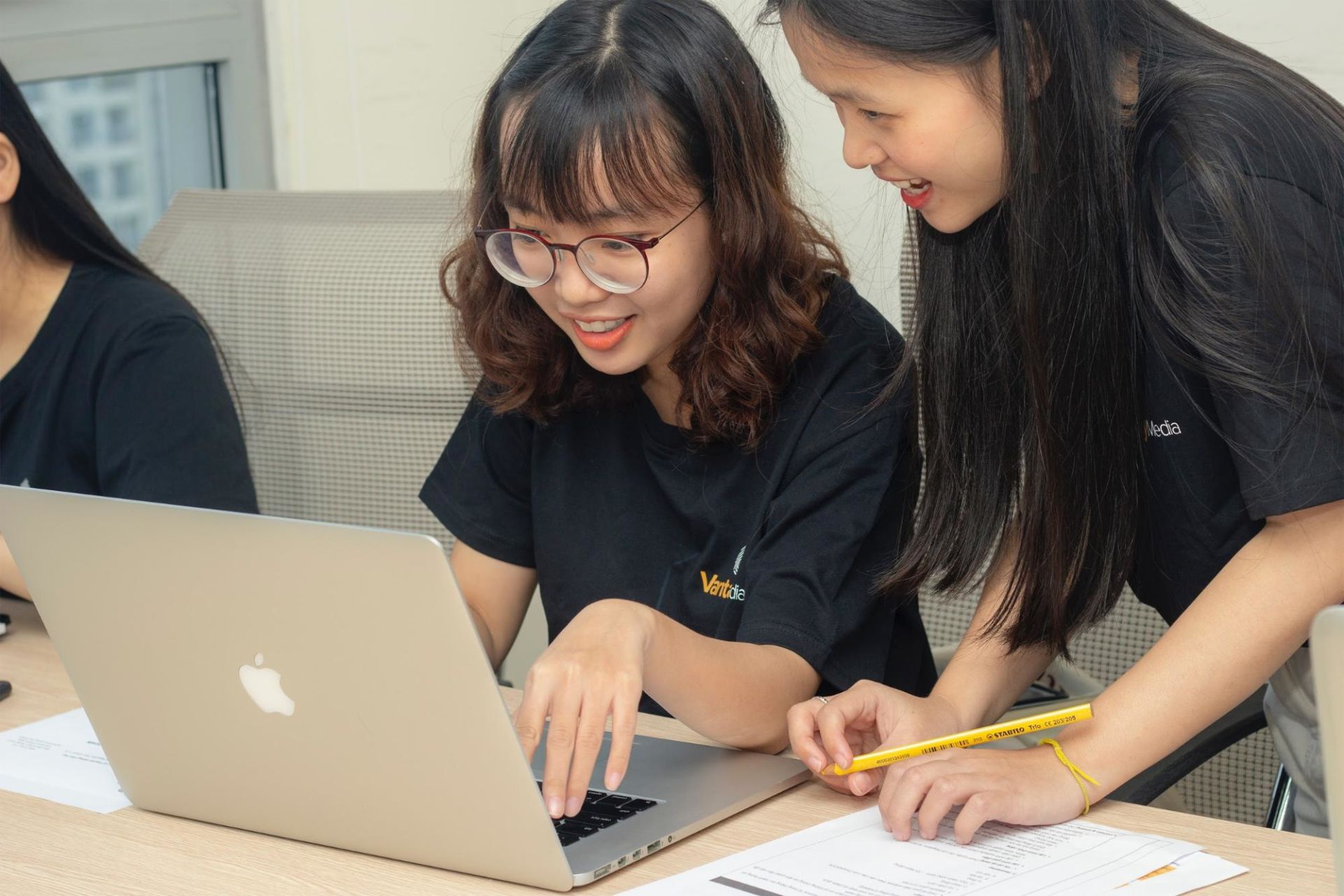 Sharing the production, not consumption, of tech

Disconnecting ourselves from the global economy by embracing more traditional ways of living, especially in the face of disasters like climate change, seems like a perfect solution to escape this Silicon nightmare. But let us not be dominated by anxiety. Cambridge economist Joan Robinson famously said: “The misery of being exploited by capitalists is nothing compared to the misery of not being exploited at all”. And she had a point! No country or community today can afford to go at it alone. Besides, there are intrinsic benefits to digitalization and automation. From efficient city traffic management to helping doctors diagnose faster; the deployment of data-fuelled solutions can help millions.

This is the basic argument behind reports like the World Bank’s Digital Dividends. In fact, Global North organizations are now spreading tech across the developing (and developed!) world in one, very limited way: making everyone a user of digital platforms. Big Tech giants are signing agreements everywhere to provide low cost or even free Internet solutions; with them as gatekeepers, of course. For Facebook, this amounts to “the more we connect, the better [the world] gets”. But this is troubling. Not just because of the obvious privacy and security concerns. On top of that, we would be allowing the future of the global economy to be defined by a handful of private actors. We need to expand our imagination further. Rather than focusing on expanding tech consumption, we should be focusing on production. 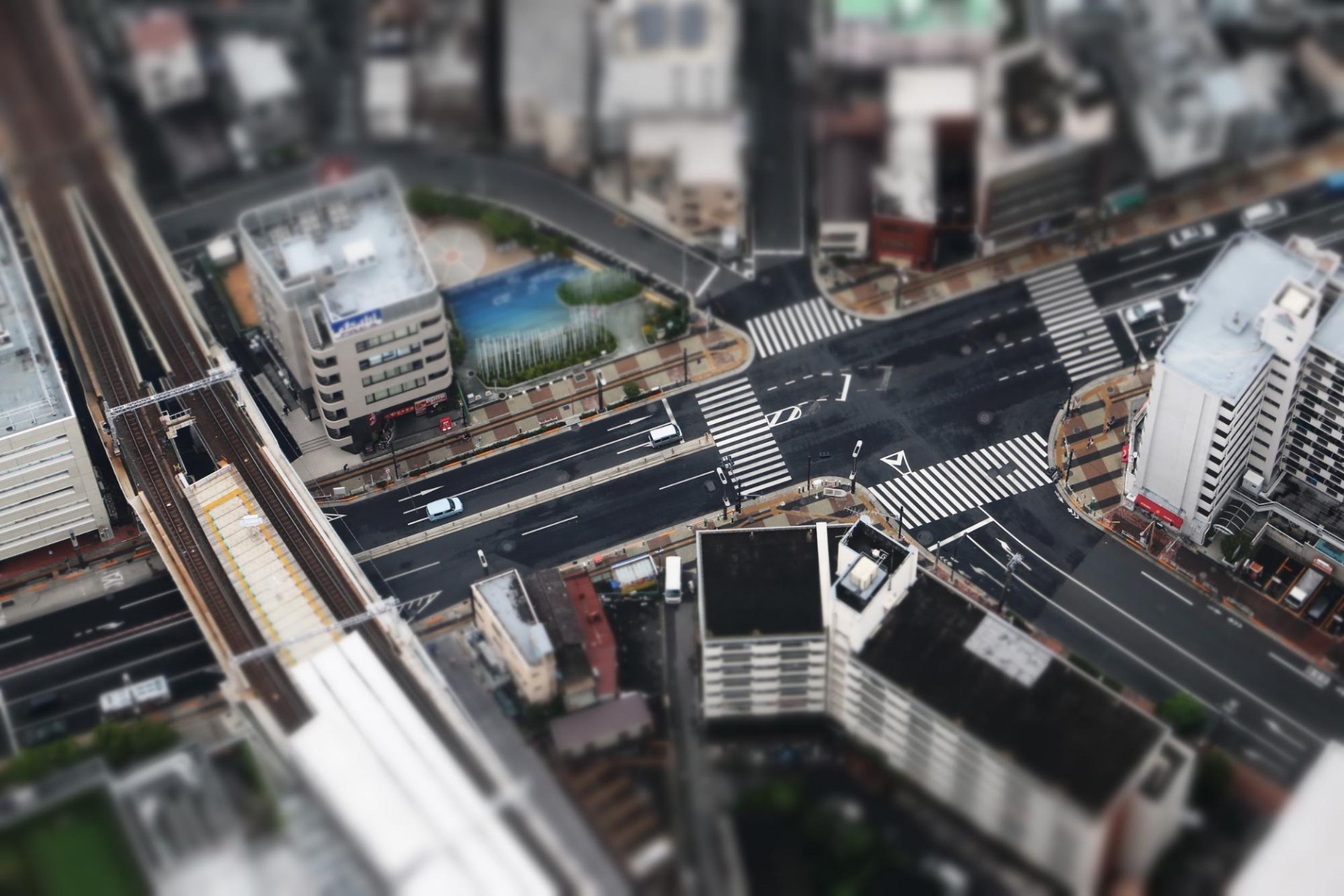 Mariana Mazzucato has carefully analyzed how, historically, the State funded most of the basic research and patents Silicon Valley based its success on. Today, she has taken the argument even further: since these companies rely on data based on our life experience, why should they reap all of the benefits? We need to share these profits equally within and among countries; through collective arrangements that reward all of us as producers, not consumers. Again, as research by Robyn Klingler-Vidra shows, many attempts to replicate the Silicon Valley story across East Asia have failed. Those that succeeded relied on the original Venture Capitalist: the market-creating and market-shaping State.

Therefore, it must be nations and their ability to regulate through international organizations which lead the way out of this economic impasse. They can make the Silicon Valley dream of democratizing technology and the economy real. As last year’s IPPR report shows, there are many tools at their disposal. We have mentioned already existing competition law; there is also expanding individual and national data sovereignty; promoting platform cooperatives; allowing cities to establish digital common goods… Across the world, Intellectual Property standards should be relaxed and transnational digital initiatives should allow developing country entrepreneurs to build their own digital solutions; outside Global North platforms.

Acknowledging the problem and taking appropriate action will help democratize not just the consumption of future applications but also the production of further solutions, helping our economies grow stronger, together.

Editor’s Note: The opinions expressed here by Impakter.com columnists are their own, not those of Impakter.com  — Featured Photo Source: Unsplash

Alimony Debates and Deterioration of Women’s Rights in Turkey

Roy William Cobby is a Spanish-British Politics and IR graduate. He is currently a PhD candidate in Digital Humanities at King's College, London. Roy also has an MSc in Global Politics from the London School of Economics and Political Science. He is passionate about digital transformation, industrial policy, international development, and political economy. Previously, he has worked in fields like public affairs, marketing, journalism, teaching and consulting.

Alimony Debates and Deterioration of Women’s Rights in Turkey