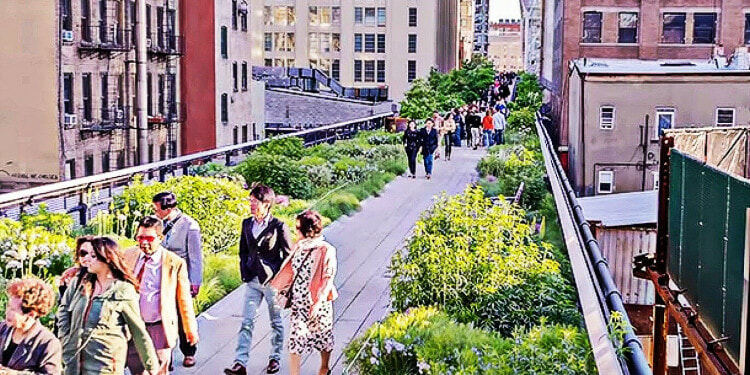 As the world changes, so do our priorities. We are now needing to place human needs before technical needs when designing urban areas for the future. Sustainability is at the heart of these considerations as we look to include green spaces, utilise big data effectively, and introduce efficient travel. Technology is central to these ideas, particularly for the use of big data in smart cities.

In today’s society, governments and leaders are given a plethora of insights and data that improve how we live. Gathering such rich and useful information about built-up areas like cities is not only efficient and relatively quick but can work towards providing the best living conditions for residents as well as the environment and other species – birds, dogs, cats… – that inhabit it.

What are smart cities?

Smart cities are a relatively new concept that uses technology to gather data and insights to improve services and solve problems. Cities only account for two percent of our planet’s total surface area. However, according to data from the UN, cities will house 68 percent of the global population by 2050. The need for cities that can safely house a high population creates challenges like mobility issues, traffic congestion, and pollution, among many more we already face in our everyday lives.

Smart cities can help solve societal challenges we are facing from an ever-increasing human population. Urban data provides an in-depth and accurate look into what we need without breaching earth’s ecological boundaries. Here are some examples that may serve as models to guide us towards a more sustainable future.

Amsterdam was one of the first smart cities, using data to ensure the city’s roads, housing, services, and quality of life continue to improve. The city manages all this while becoming more sustainable to avoid air pollution too.

Plus, the city is making use of a unique asset to gather data – its bridges. Amsterdam has more bridges than any other city in the world at 1,800 in total.

These bridges can communicate information to other infrastructures in order to optimise travel – the MX3D bridge is equipped with sensors to visualise information about traffic on bridges, the neighbourhood, the environment, and its structural integrity. Maintenance will automatically be alerted when it needs work on it. It can even communicate with traffic lights to change timing to reduce congestion when it’s busy.

Efficient transport: Smart trains will be key to speeding up transport and reducing congestion, the Dubai example

Railways have always been key spaces within cities and maintain connectivity between neighbourhoods. Trains are the optimum mode of transport in busy cities and will continue to be in the future – for example, transport in London would be near enough impossible without the intricate underground and overground train system. With a population expected to reach around 10 billion by 2050, smart rail systems will be needed more than ever to evolve with the rapidly growing urbanisation.

In today’s world, smart trains use data for passenger information systems to inform on live news, connecting information, time tables, as well as real-time data to inform engineers of predictive maintenance to keep services running smoothly and regulate trains. Machine-to-machine communication with input from the cloud enables passengers to seek the fastest route and find out which trains are the busiest, keeping footfall smooth and reducing congestion in built-up areas.

Dubai’s pollution is hitting high levels, risking vulnerable groups like young children, older people, pregnant mothers, and the ill. This is contributed to by the high number of personal vehicles emitting noxious pollution as well as heavy-duty vehicles.

These will travel alongside the Dubai Metro, transporting two to five people around set routes to meet their mobility targets.

Mattar Mohammed Al Tayer, the director-general and chairman of the Roads and Transport Authority commented on signing an agreement with UK’s BeemCar Ltd for the production of sky pods, saying that it was “part of RTA’s efforts to deploy autonomous transit means in line with the Dubai Self-Driving Transport Strategy aimed at diverting 25 percent of total mobility journeys in Dubai to autonomous transit means by 2030.”

Similarly, the city is looking for ways to cut down rush hour for commuters. The new Virgin Hyperloop took its first travelers in November last year and can travel between Dubai and Abu Dhabi in 12 minutes, transporting 10,000 passengers each hour both ways.

Recent research suggests that while we should integrate technological features into our cities, a lot of focus needs to be shifted towards environmental sustainability.

Smart cities are also being designed for public health and well-being. Satellites can identify how much greenery exists in a city and areas to improve. This can enhance air quality and support ecosystems as well as offer pedestrians places to wind down and relax in nature. Smart parks can ensure lawns and plants are watered in response to weather changes, making plant maintenance an automated process.

These considerations are becoming increasingly important everywhere, and not just in New York City. For example, in the UK, 54,000 acres of green space were turned into artificial surfaces between 2006 and 2012, which is equivalent to an area twice as large as the city of Liverpool.

The technology involved in smart cities can not only help transportation and efficiency but improve the quality of life and emotional well-being of those who live in heavily populated urban areas.

Editor’s Note: The opinions expressed here by Impakter.com columnists and contributors are their own, not those of Impakter.com. — In the Featured Photo: High Line project in New York City (screenshot B1M video)