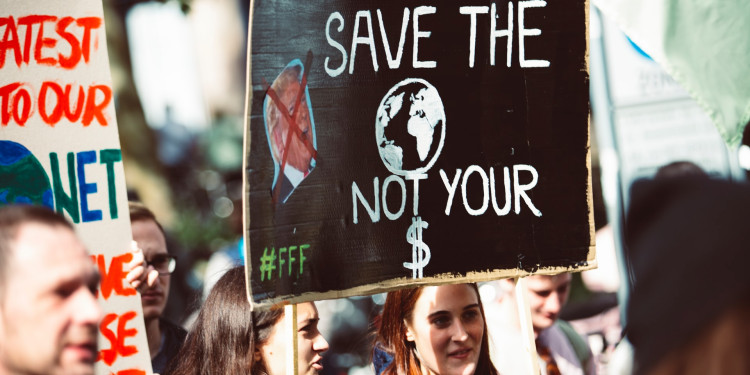 This is the last of a three-part essay by Canadian sustainability strategist, Brad Zarnett. The series explores why corporate sustainability was always ill-suited to deliver on its promise of a more sustainable world and what we need to do going forward to ensure that we deliver a functioning planet to the next generation.

If you incentivize a system to cause harm…then don’t be surprised when it causes harm.

Time for a Gut Check

Assuming that we agree with the science, each of us must look in the mirror and ask ourselves, what’s the point of my efforts if they don’t address our climate emergency in a meaningful way? And while you’re talking to yourself, you might also ask, why did I get involved in sustainability in the first place?

Small changes in many areas can have extremely positive effects but without changing the system that created our environmental emergency in the first place, it’s far more likely that we’ll continue to destroy our planet than magically reverse course. Our neoliberalism inspired market-based attempts at finding solutions in the past several decades have resulted in steady ecosystem decline, taking us right to the edge of massive systems failure. We’ve squandered the ability to approach this with incremental thinking. We need meaningful change and in order for that to happen, we need to change the system.

OK, so where do each of us fit into this challenge? What role should we play?

Is there ever a reason why we should be loyal to a corporation (or client) while knowing that they are misrepresenting the truth about their efforts to address our ecological emergency or is that just business in 2020? Is there a different standard when it comes to destroying our biosphere?

How does it feel to work for a company like Coca-Cola where two opposing realities need to exist simultaneously? How does that affect you personally? How much cognitive dissonance can you endure before that nagging discomfort will need to be addressed?

It’s time to get off the fence — we can’t have it both ways — either we’re fighting for the climate in a meaningful way or we’re not. If you find yourself defending Coca-Cola or another corporation that is creating an alternate environmental reality, then it might be a good time to go back and sit with the questions asked above at the beginning of this section. It’s decision time and we all need to ask ourselves where we want to be on this issue, especially those of us who know better, those of us who respect the science.

Fight of a Generation

The generation that fought WWII to stop the spread of fascism was known as the greatest generation. They fought with bravery and stubborn determination to protect everything that they cared about. Now imagine for a minute what the world would be like if they lost? What language would we be speaking, who would be in charge, would there be elections, would we be slaves or would we be free? Sometimes in life the stakes are so high that winning is the only option.

It’s 80 years later and the current generation now finds itself in their own fight for survival. This time the enemy is not a country, the fight is against the ruling elite who guard the plundering global economic “system.” This time we don’t have to leave our homes to fight because, in a sense, we’re already being “occupied,” not by another country, but by the rigged capitalist system itself. Every country on the planet is under its spell and all but the 1% are victims of this occupation.

We need to think differently about the battle for a stable climate. We need to reframe the fight as a battle against an occupying force that is destroying us. We need to mobilize against corporate greed and corrupt politicians to protect our climate and everything that we care about. We need to think of ourselves as the resistance.

Imagine what we could do if we combined our passion, skills and connections and went all-in to defeat the ultimate destroyer…predatory capitalism? What if we framed the challenge as a fight for our lives — where everyone had an important role to play. What if instead of squandering our energy and skills on positive efforts that help corporations pretend that they’re making meaningful changes, we focused on how to change the system that is at the core of the harm.

What if instead of being silent when we heard governments and corporations talk about their efforts to achieve “2050 net zero” targets we called it out for the environmental fantasy that it is and corrected it with the scientific reality. We have 10 years to decarbonize every aspect of our economy; transportation, manufacturing, energy production, agriculture and our built environment.

When Franklin D. Roosevelt told the American people that it was time to fight the Germans and defeat fascism — he didn’t say that they would get to it in 30 years. The timeline was now and he engaged every single aspect of American society. And it wasn’t only America — it was Canada and the UK too. We need to replicate this effort to address climate change but unfortunately the current corporate inspired neoliberal stranglehold on governments, that favours market solutions, won’t allow for it.

In an ideal world, all governments would already be on a war footing ready to implement the largest and most complicated economic and social shift in the history of our planet. We have the technology and the solutions are sitting on the shelf. There’s only one thing standing in our way…corporate greed and control which has infiltrated every aspect of our capitalism soaked lives. So what can we do?

We All Have an Urgent Role to Play

Firstly, we don’t placate business, we complicate it. We interfere with predatory capitalism from the inside and out. We interfere with it politically and logistically. We obstruct it and frustrate it. We gum up the system and slow it down. We complicate it and agitate it. If you need to keep our job, then you reveal the lies and deceptions from within…covertly. We can all play a role — some big and some small but everyone must work towards the same goal of bringing down the system that is destroying our planet.

Secondly, we need to stop believing the lies of Liberals or Conservatives — regardless of what they say, as a group, they are beholden to the corporate class. We must vote for Green Party candidates who can launch a decarbonization, job protection and climate justice plan.

…we are getting closer and closer to a cascading failure of interconnected ecosystems. This is a fight that we cannot lose.

Time is not on our side — we are getting closer and closer to a cascading failure of interconnected ecosystems. This is a fight that we cannot lose. We must do everything possible to complicate and obstruct this evil force. We are the resistance and like the greatest generations, we have no choice but to win.

Editor’s Note: The opinions expressed here by Impakter.com columnists are their own, not those of Impakter.com. — In the Featured Photo: Protestors holding a banner that says, “Save SAVE THE WORLD NOT YOUR DOLLARS at the global climate change strike, “No Planet B,” Sept. 20, 2019, Nürnberg, Germany. Featured Photo Credit: Markus Spiske