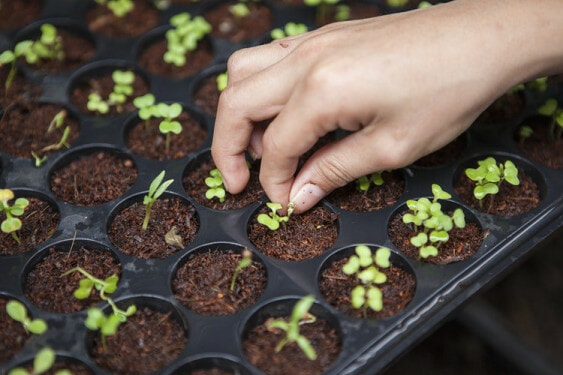 Collective efforts are shaping the most populous City in Australia into a greener city, in line with the UN Sustainable Development Goal (SDG) No. 11. Besides a growing awareness about the value of protecting modern architecture, the City is thriving to conserve early structures that have remained intact. An example of such efforts is the maintenance of the local 1974 “Calidad” building at 163 Brougham Street, Woolloomooloo, which was designed by Ian McKay, an award-winning NSW-born architect and leader of the Sydney School.

The Sydney School is a group of architects that have adopted an ecological approach in they construction technique rather than an aesthetic one, hence being the pioneers of sustainable buildings in Sydney. Their approach was in line with an American architect, Wright, who believed in designing structures that were in harmony with humanity and its environment, a philosophy he called organic architecture. You can check out the Different Type Of Retaining Walls that you can use in your construction.

In Sydney alone, 123 green roof and wall projects were initiated since 2016, while green offices, which have proven to boost productivity, had their square footage increased from less than 1 to 46 percent.

The benefits of green buildings are huge. They include improved air quality, energy conservation and reductions in storm water run-off, new habitats for biodiversity as well as a better atmosphere for social interaction and, last but not least, electricity savings in the billion-dollar range from now to 2050. Fortunately, architects, landlords and tenants are beginning to see value in reaching for those certifications and awards, hence hopefully making Sydney a green, global and connected city, in line with the Sustainable Sydney 2030 initiative. In fact, property owners, managers and key influencers have created the Better Buildings Partnership with the goal of improving the performance and sustainability of buildings in the City of Sydney, having already reduced buildings’ emissions by 45 percent since 2006 and saved USD 36Mn in bills. In Sydney alone, 123 green roof and wall projects were initiated since 2016, while green offices, which have proven to boost productivity, had their square footage increased from less than 1 to 46 percent.

Now, enough with the technicalities. Let’s dive into the fun part by providing you with visual examples of sustainable buildings in Sydney!

What makes this an exceptional building is its mix of contemporary features along with one of Sydney’s oldest sandstone walls, which provides natural cooling to the building’s atrium. This nine level office tower by designed by balancing commercial and environmental objectives, has its primary façade overlooking the harbour and showcases one of the largest floor plates of up to 2,000 square meters. Its internal structure contributes to a sense of openness and connection to the external environment, resulting in great workspace efficiency and an optimum comfort. In addition to having a rooftop garden, this sustainable building has a terrific ventilation system as well as well-shaded facades, thus reducing CO2 emissions by more than 30 percent. 30 The Bond, designed by PTW Architects in conjunction with WHO interior architecture and Bovis Lend Lease, was the first project to be awarded a “Green Star – Office As Built” certified rating and also the first building in Australia to commit to achieving five stars under the Australian Building Greenhouse Rating system (now NABERS).

One of Australia’s largest sustainable mixed-use developments, Westfield Sydney, spans 120,000 square meters and comprises of offices and three exiting shopping centres. A collaboration between John Wardle Architects, Japanese interior design studio Wonderwall and Westfield’s design team, Westfield has received for its commercial buildings two “6 Star” Green Star awards, as well as one “5 Star” Green Star award for its shopping centre. The project’s sustainability aims to reduce commercial and retail water uses by a significant percentage. In fact, it houses one of Australia’s largest urban blackwater recycling systems. The building’s sustainable products and services did not prevent it from having lavish spaces, a pleasant atmosphere and luxurious lighting.

“CHAMPIONING THE FUTURE: THE CITY OF SYDNEY”

“ON THE CUSP OF ORGANIC ARCHITECTURE”

Instead of focusing on another high-rise landmark, this building, designed by both Igenhoven Architects of Germany and Architectus of Australia, is setting new sustainability standards with a reputation of offering a pleasant work space while also encouraging social gatherings by opening 60 percent of its overall footprint to the public. The building’s elliptical form is constructed in a way as to take advantage of great city views. While the building provides a maximum amount of daylight, it houses automated solar blinds to protect from direct sunlight. Additionally, the façade’s shading coefficient of 0.15 is a major contributor to energy efficiency.

The “Green Star” certification by the Green Building Council of Australia as well as the National Australian Built Environment Rating System (NABERS) are both initiatives that are actively working towards Australia becoming a greener country. Encouraged by those green certifications, the City of Sydney is showing some impressive developments in promoting sustainability, hence positioning the City as an environmental leader.

In addition to “Green Star” and NABERS certifications, the City of Sydney has its own award-winning program in place. Set up by the NSW Government – Office of Environment & Heritage, this sustainability prize recognises excellence and innovation in design, construction, retrofitting and management of existing or new buildings, precincts and tenancies, and is available to commercial, residential, heritage properties and infrastructure projects.

Trump vs. Macron at the United Nations