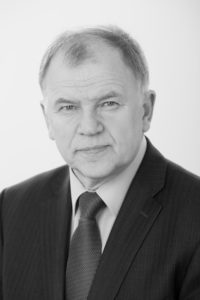 Vytenis Andriukaitis is Lithuania’s European Commissioner, a heart surgeon, and a co-signatory to the 1990 Act of the Re-Establishment of the State of Lithuania.

Andriukaitis’ family was deported to Siberia in June 1941. In 1976 Andriukaitis started his career in politics as a member of the underground Social Democrat movement, but later continued his studies by pursuing a degree in history at Vilnius University, graduating in 1984.

Andriukaitis was elected to the Supreme Council of the Republic of Lithuania, which preceded Seimas (Lithuanian Parliament), in 1990. Andriukaitis was a Member of the Lithuanian Parliament for six terms, from 1992 to 2004 and from 2008 to 2012, and was a Deputy Chairman of its Council from 2001 to 2004. He was a Health Minister of the Republic of Lithuania since December 2012 until the European Commission President Jean-Claude Juncker appointed him to serve as an EU Commissioner in November 2014.