The Road To Net Zero: A Guide To The Carbon Offset Ecosystem 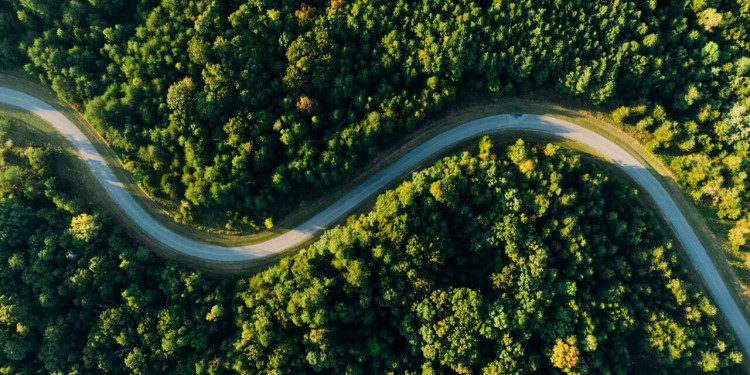 The momentum in the carbon offset ecosystem

Climate change is the most pressing issue of our times and reducing emissions has become imperative, but decarbonization represents a huge challenge for companies.

To achieve their net-zero goals, companies need to lower their emissions but also offset those emissions they are not able to reduce. This enables further business models around the real-time tracking of greenhouse gas emissions, verification, monitoring, and trading of carbon credits. The need for innovation in this ecosystem is fuelled by the urgency of the transition to a net-zero carbon economy.

On the same day, another 17 million USD round was announced for Doconomy, which calculates emissions via credit card transactions. On September 21st, Patch, a San Francisco-based carbon offset API provider, followed with a 20 million USD Series A, just a few days after Munich-based Tanso, which focuses on emissions tracking for the industry, announced its 1.9 million USD pre-seed round. This year, there were already 40 (public) funding rounds in this ecosystem – in total, we were able to identify over 200 companies with a combined total of nearly 400 million USD in venture capital funding over the last years.

But it is not only new financing records that are currently making headlines, the Ecosystem Marketplace’s figures on the voluntary carbon market, published in mid-September, show that the traded market volume for carbon credits is on track to break the one billion dollar mark for the first time this year. The business of offsetting greenhouse gases is booming!

RELATED ARTICLES: 6 Ways to Remove Carbon Pollution From the Sky | Large-Scale Carbon Capture is Finally Underway | Apple Commits to Become Carbon Neutral by 2030 | To Get To Net Zero By 2050, We Must Scale Up Carbon Removal | Trade Associations Speak on Carbon Pricing. Will Action Follow? |

Before taking a closer look at the business models of the startups and the choices of the investors, let’s briefly highlight the relevant basics around the topic of carbon offsetting:

The European Compliance Market, also called the EU Emissions Trading Scheme (EU ETS), was established in 2005 as a result of the Kyoto Protocol. Currently, the EU ETS mainly covers installations from industry and energy as well as aviation. These industries are responsible for about 40% of the emissions within the EU, making it the largest compliance market globally. The market is managed according to a “cap and trade” principle. This means that the amount of available carbon allowances is reduced annually, which increases the price and thus incentivizes the saving of CO₂ equivalents and the development of climate-neutral technologies. This artificial limitation of emissions has led to a reduction of approximately 35% of covered installations between 2005 and 2019.

In addition, there is the voluntary carbon market, in which companies can either partially, fully, or even overcompensate for their emissions on a voluntary basis. The first carbon credits were purchased in 1996 for so-called REDD projects (Reducing Emissions from Deforestation and Forest Destruction). Since then, the market has developed into a billion-dollar industry.

For 2021, the European Union has issued over 1.5 billion carbon allowances, multiplied by the current price of 60.38 EUR (as of 23 September 2021, exchange: EEX), this corresponds to a market capitalization of 95 billion euros. The trading volume in 2020 corresponded to approximately 201 billion EUR. In comparison to those numbers, the global voluntary market is only getting started.

In 2020, around 270 million carbon credits were registered, of which around 100 million were retired. The traded market volume in 2020 corresponded to a total of USD 473 million with an average price of USD 2.51 per tonne. In terms of volume, the global voluntary market thus accounts for significantly less than one percent of the European compliance market. As already described at the beginning, the trading volume in the voluntary market has already almost doubled in 2021 compared to 2020 and will break the one billion dollar mark if activity remains constant. The forecast growth is particularly exciting. The Taskforce for Scaling Voluntary Carbon Markets (TSVCM) estimates that demand could increase by a factor of 15 by 2030 and even by a factor of 100 by 2050.

Pricing in the voluntary market is not nearly as efficient as in the EU ETS. In particular, the fragmented supply of carbon credits, non-transparent retail models, and different attributes of the credits make it very difficult for buyers to compare prices. The global average price in 2020 was 2.51 USD, whereby prices vary greatly depending on the project country and project type, ranging from less than 1 USD to high double-digit amounts. The majority of all carbon credits come from REDD projects, followed by solar and wind energy projects.

Whether emission certificates are actually useful for mitigating climate change is much debated. In any case, the EU ETS was able to clearly prove its added value by incentivizing emission reductions in the past. The added value of offset projects in the voluntary market is also undeniable, as each carbon credit channel critical climate finance to projects that would otherwise be difficult to finance.

However, the question arises as to whether offsetting only has a symptomatic effect and does not address the real problem of emissions. Dr. Jonathan Foley, renowned environmental scientist, and climate expert, therefore called carbon credits “a dangerous distraction, as it would allow companies to reach their net-zero targets without actually reducing emissions or having to develop the technologies that would make a naturally climate-neutral economy possible in the long run”. In principle, companies should follow the so-called Emission Mitigation Hierarchy, meaning that companies should first develop avoidance and reduction strategies and then offset only the remaining non-avoidable emissions.

So, where are investors placing their bets in the carbon offset ecosystem?

During the last 20 years, more than 200 companies have been founded in the carbon offset ecosystem – over 70% of these companies were created in the last five years. The number of newly founded startups reached a record high in 2020 with 46 companies while the majority of them is focused on the voluntary carbon market. At the same time, the demand for carbon credits has increased rapidly over the past few years: In 2020, 104.5 million credits were retired, an increase of 36% compared to the previous year.

In total, we have identified 205 players in the broader carbon offset ecosystem and aggregated them in a public list that you can find here, excluding carbon capture technologies. In the following, we will examine the most important business models and identify key players as well as the venture capital invested in each.

Emission tracking tools such as those offered by Planetly or Watershed are extremely popular among investors. Automated CO₂ management ranges from a holistic footprint analysis and consulting on reduction measures to communication strategies. Most players even cover the entire value chain including offsetting functions for unavoidable emissions. Investors have invested a total of USD 115 million in these SAAS (software as a service) startups. But not only startups have recognized the potential of emission tracking tools: Already in 2020, software giants Salesforce and SAP launched their own products for B2B customers to calculate emissions.

Classic voluntary credit retailers such as Klima (as a subscription model) or Patch (via API integration) offer both private individuals and companies to offset their footprint. They buy carbon credits from project developers and resell them at a margin. Many voluntary credit retailers offer simple carbon calculators on their websites, while other players (e.g. Cloverly, Ecolytiq) are already integrated into applications such as banking apps or e-commerce websites, enabling direct offsets during the transaction. Voluntary credit retailers have raised a total of USD 93 million in venture capital to date, with over 60% of the funding (USD 56 million) going to B2B models.

​​As a result of the growing number of players in the carbon offset market, quality standards for climate protection projects are becoming increasingly important. Offset monitoring companies, such as Sylvera or Pachama, use drones, satellites, or artificial intelligence to measure the CO₂ bound in forests and thus record and verify the impact of offset projects. Companies offering project monitoring raised a total of USD 68 million in funding.

Market intermediaries such as Nori, NCX or Pina enable the quantification, management, verification, and trading of carbon credits. For example, owners of sustainably managed forests can get their land certified as carbon offset projects and generate additional revenue by selling the credits. Certificate buyers, on the other hand, can ensure that the projects are delivering effective climate protection and have been verified by an independent party. Market intermediaries raised USD 42 million in venture capital.

A relatively new development is the tokenization of carbon credits to increase counterfeit protection, transparency, and the possibility to trade them. One token usually corresponds to one credit and can be either retired or traded on common crypto exchange platforms. Carbon credit tokenization startups such as Moss or Universal Carbon raised a total of USD 13 million in funding.

A small number of compliance credit retailers, such as Compensators or 50 Zero, buy EU allowances in order to make them even scarcer and thus further increase the pressure on businesses to reduce emissions and pursue innovations. The price of EU emission certificates has exploded by 760% in the last ten years and currently stands at Euro 60.38 per ton of CO₂ (as of September 23, 2021 stock exchange: EEX).

Looking into the future

The carbon offset ecosystem is extremely dynamic and is just getting started for further innovations and new business models. We are extremely curious to see how the ecosystem will continue to evolve and believe that the following six developments will play a key role:

A German-language version of this article was first published on the 27th of September 2021 on hy.co

Pia Sander: Pia is a Junior Consultant at hy, Pia supports clients in the development and implementation of new business opportunities.

Till Tornieporth: Till is a consultant at hy, Till supports clients to analytically decode digital growth opportunities and to develop long-term value creation strategies, he is also responsible for hy’s climate strategy.

Dr. Sebastian Voigt: Sebastian is a Partner at hy and Managing Director hy Technologies, hy’s tech and software subsidiary, Sebastian is leading projects especially in the field of growth strategies for digital and/or sustainable business models.

Data-driven. Entrepreneurial. Opinionated. hy - the Axel Springer Consulting Group creates impact in the field of strategy, innovation and digital transformation – with entrepreneurial consulting services of a new generation. For more information, visit hy.co and sign up to hy’s monthly newsletter for more stories.