Memorial International, the oldest of Russian human rights groups is closed amid a government crackdown on independent thought 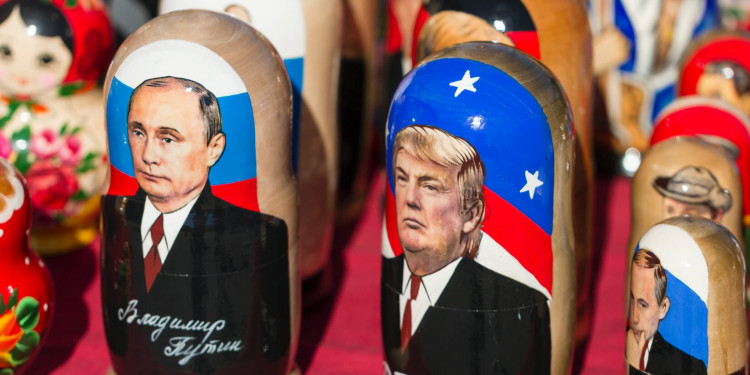 Judge Alla Nazarova declared Memorial International, and its regional branches, must be closed under Russia’s controversial “foreign agent” legislation, which requires any non-profit organisation that receives foreign donations and engages in “political activity” to register and declare themselves as foreign agents.

The organisation was portrayed by Russian prosecutors as a geopolitical weapon, used by foreign governments to deprive modern Russians of taking pride in the achievements of the Soviet Union.

The law, which aims to reinforce legitimacy towards Putin’s government by reinforcing the image of the external enemy, has already targeted dozens of NGOs and media outlets considered to be critical of the government, including the imprisonment of opposition leaders, notably, Alexei Navalny.

Memorial International was founded in the late 1980s to document the political repression under the Stalin-era. It created a database of victims of the Great Terror and the Gulag camps in effort to preserve their memory. The group was founded by the Nobel Peace Prize laureate Andrei Sakharov, and rapidly became a symbol of the country’s emerging democracy after the collapse of the Soviet Union.

Along with Putin’s eagerness to convince the Russian people that their country is surrounded by external enemies who wish to oversee the government’s downfall, it also aggressively removes all traces of alternative interpretations of Russian history than his very own.

History should not be written by organisations the government does not control. Instead, Putin maintains the reinforcement of his own narrative by opening a state-owned comprehensive Gulag history museum in Moscow.

Memorial Human Rights Centre, a sister organisation that campaigns for the rights of political prisoners and other causes, is also facing liquidation for “justifying terrorism and extremism.”

Memorial’s closure does not go unnoticed

About 100 supporters of the organisation gathered outside the court on Tuesday, with many chanting “shame” after the verdict was delivered.

Memorial International’s leadership had hoped the broad public support for the group might save it from closure. Especially as in the previous hearing, the group submitted more than 127,000 signatures in support of the organisation, as well as testimonies of those who had discovered the fates of their relatives thanks to the record uncovered by the organisation.

The Russian police made several arrests outside the court on Tuesday.

The court orders also did not go amiss amongst the international community, who is increasingly worried by the growing human rights violations undertaken by Putin’s government. International governments fear the president’s rising dictatorship style of government.

A statement issued by the French Foreign Minister Jean-Yves Le Drian, declared, “the dissolution…is a terrible loss for the Russian people, who are entitled to have an accurate knowledge of their past and a society based on the fundamental values upheld by the Council of Europe.

The U.S. State Department on Tuesday urges “Russian authorities to end their harassment of independent voices and human rights defenders and stand in solidarity with those who have been targeted for repression, for exercising their rights to freedom of expression, association, and peaceful assembly”

The Interfax news agency quoted a lawyer for Memorial International as saying it would appeal the decision both in Russian and at the European court of human rights.

In a statement, Memorial said its members would find “legal ways” to continue their ways in uncovering the truth in Russia’s history. It will be important however for the international community to continue to apply pressure on the Russian authorities. Stay tuned for further developments.

Editor’s Note: The opinions expressed here by Impakter.com columnists are their own, not those of Impakter.com. — In the Featured Photo: kitschy babushka made for the Trump visit to Russia. Featured Photo Credit: Jørgen Håland.

Denim with Dignity: An Interview With Sascha Hümbeli