To Get To Net Zero By 2050, We Must Scale Up Carbon Removal 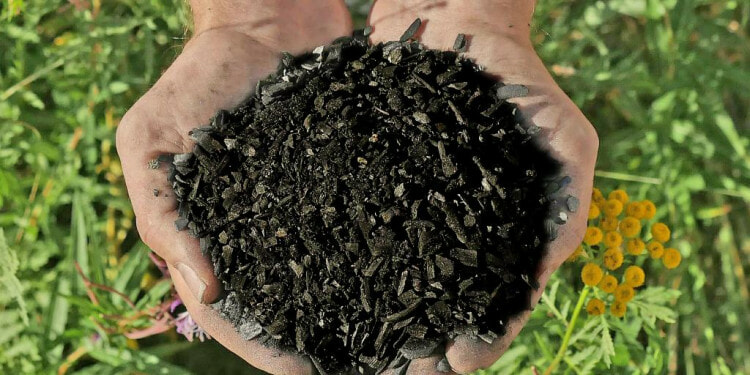 The last year has seen a flurry of corporates announcing Net Zero targets, as pressure to act on carbon emissions and a desire to be seen to lead on the issue of tackling global warming has led many companies to announce audacious Net Zero goals.

Last year, 177 major corporations pledged to get to Net Zero, as did 500 B Corps who announced Net Zero targets at COP 25. Just in the last few months, titans of industry such as Microsoft, Shell, AstraZeneca, and BP have committed to getting to Net Zero.

And for good reason. Despite localized dips in carbon dioxide emissions around the world, global concentration levels have continued to climb, reaching a record 417.2 parts per million in May, 2.4ppm higher than the peak of 414.8ppm in 2019, according to readings from the Mauna Loa observatory in the US.

Clearly, it’s important for big business to take climate change seriously, and to lead the charge on getting the world to zero emissions before it’s too late.

The trouble is, the path to get there looks fuzzy. The world currently emits some 40 gigatons of carbon dioxide a year, and at present, we have no definitive roadmap for how the world will bring this number down to zero by 2050, in order to prevent permanent damage to our planet. Many of the companies committing to net zero, don’t have a clear plan of how to get there in the timeframe they have set.

Reducing CO2 emissions alone isn’t enough to get to Net Zero: We won’t be able to do it fast enough to achieve the 2 degrees warming target set down in Paris. Relying on carbon offsetting isn’t the answer either; it still involves emitting a positive balance of CO2 into the atmosphere.

Experts including the UN IPCC and the World Resources Institute agree that removing carbon dioxide from the atmosphere at scale is what is necessary to address increasing levels of carbon dioxide; it is the only way we can bring concentrations down to zero by 2050.

Insurance and reinsurance provider Swiss Re’s annual SONAR study of emerging risks published last month names climate change as a top emerging risk in the aftermath of Covid-19, and identifies carbon removal as a key solution. Our reliance on carbon removal will be so great, the study claims, that the carbon removal industry – currently in its infancy – could become as big as the current oil and gas industry.

To get to that size, the industry urgently needs to scale. At scale, carbon removal is the only way we can effectively apply the brakes to the growing impact of GHG emissions on climate change while stimulating a greener, regenerative economy.

This is something that tech giants Amazon and Microsoft are well aware of; both have announced billion-dollar funds to stimulate the growth of climate technologies in the last few months, with a firm focus on those addressing carbon removal. No doubt, these funds will supercharge the growth of new technologies to remove carbon dioxide – and put the companies behind them firmly on the radar of savvy investors.

RELATED ARTICLES: WeTransfer Becomes a B Corporation: An Interview with the CEO Gordon Willoughby |A Perennial Plan to Preserve the Planet |Digital Sobriety: How the Internet is Harming the Environment |Companies Must “Zoom Out” For a Sustainable Planet |Is Oil Really Worth More Than The Planet? |

Yet there already exist whole industries that are carbon net negative, whose value lies in the nature of the products they create, beyond the fact that they are carbon net negative. Emerging businesses within industries such as biochar production, log house building, and carbstone production – where CO2 is essentially packed away into a concrete substitute made from waste material from steel manufacturing and used instead of concrete – have the potential to grow significantly over the next few years.

All are verified ways of locking away carbon dioxide into materials that can be widely deployed within industry and agriculture. The products that these businesses create are valuable, and herein lies the key to growing the carbon net negative industry: we need to support and scale-up industries such as these, that are not only useful but will help us achieve our net zero goals. By doing so, we transform carbon from a climate problem to a green economy solution.

For some time, it’s been up to consumers and businesses looking to neutralize their emissions to search out carbon net negative suppliers.  A marketplace such as Puro.earth’s helps to provide this missing link, by connecting those looking to neutralize emissions with those locking away carbon into commercial products for the long-term.

We’re right on the precipice of an industry that will explode in the next decade, as the climate change klaxon sounds increasingly louder. We estimate that the industry has the potential to grow to $300bn by 2050 by removing 10 gigatons of CO2 a year – about half of all the CO2 we’ll need to remove in the next three decades.

If we’re serious about a ‘Build Back Better’ post-COVID green recovery that allows for new infrastructure projects and other economic stimulus activity, we need to turn our attention to carbon removal, and we need to scale it up now. Climate change won’t wait for us to catch up.

A Growing Alternative in a Global Crisis: Stakeholder Capitalism