Toward Planet and Species’ Sustainability: ‘A Road Not Taken’? 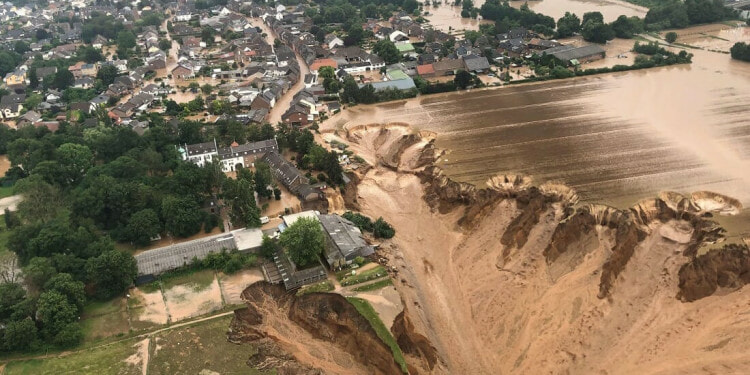 We are pleased to publish an opinion piece on our increasingly endangered planet by Dr. George R. Lueddeke MEd Ph.D., an educational advisor in higher and medical education who leads the One Health for One Planet Education Initiative (1HOPE), and is the author of Survival: One Health, One Planet, One Future (published by Routledge, 2019/2020), a cross-disciplinary work that cuts across sociopolitical, economic and environmental lines; he has also recently co-authored an article on Impakter, G20 Summit: Make One Health a Reality.

One problem is that the terms One Health, EcoHealth, Planetary Health, Environmental Health, Global Health, Public Health have come into the popular vocabulary each with their own definitions,  budgets, advocates, research networks, etc. when fundamentally only four are about transformative change and planet sustainability – only the first four terms link health to the environment. And all four underline the urgency to shift our worldview – from human-centrism to eco-centrism.

Of these, however, according to Dr. Peter Rabinowirz, who directs the Centre for One Health Research (COHR) at the University of Washington, in his blog,  only One Health looks at ‘the interconnections between hierarchically organised systems of human, animal and environmental health’ at molecular, planetary and individual interaction levels with a  view to understanding the ‘critical environmental threats that face us, such as, climate change, biodiversity loss, ocean acidification and deforestration.

Yet human clinical health (treatment!) – mostly in economically more developed nations – secures a lion’s share of attention and human health resources (c. 95% vs. public health) although humans are but one of over 8 million species. Indeed, global military spending amounts to close to two trillion dollars (U.S.) per year whereas peace is allocated just six billion – reflecting our global priorities. A trillion dollars is a million dollars multiplied by a million.  While there only 7.8 billion of us, we are the most dangerous to ourselves and to the planet: Biosphere loss (the just-released UN IPCC climate report makes this very clear), infectious diseases, AI, nuclear bombs, poverty, mental health, tribalisation and “ism’s”, self-interests, lack of trust and compassion.

Viewed historically, we continue to lack a moral compass to guide our behaviour – particularly apparent now at senior levels of government in China, Russia, N Korea, Iran, Brazil, Venezuela, Hungary, Colombia, a number of African nations, Myanmar. etc and until Joe Biden came along, also in the US.

Democracy holds the key but only about 6% of all nations are now deemed to be fully democratic. If they were, our world would be much more stable and we could look forward to more peace, justice and prosperity and our children would gain a sense of pride and respect for each other and the planet and above all hope for a better future.

As things stand, we seem to be in limbo as many global leaders prefer disinformation over truth, division over unity and conflict over peace as chaos and confusion serve their interests to get into and remain in power. But can they?

There is no question that the biosphere is now in charge of our destiny regardless of delusionary military prowess and billions in the bank that some dictators seem to have amassed. However, none of these will matter if society (civilisation?) comes to a dead end as has been well rehearsed throughout the Covid-19 crisis.

In my view, the United Nations Security Council needs to drastically reform – including a full revision of its composition and goals, making global sustainability and accountability a top priority – to address the real issues that face us. The Council needs to rise above the petty rivalries, political and economic, that are trivial compared to what awaits us – dystopia?

Indeed dystopia is what we will get if we do not change our current priorities – focusing on the health and well-being of all species rather than the few (mostly rich humans) and striving openly and genuinely toward harmonising our relationships with each other and our fragile planet.  The opportunity to do so lies in this decade and we cannot afford to ignore the reality that we have inherited and continue to make worse.

The G20 Summit on 30 and 31 October 2021 – a rare historical moment to make a global difference – remains our best chance for reflecting on life-enhancing values and global renewal. On a personal level, I just hope and pray that the younger generation becomes aware of what is at stake and make their voices heard across the 195 nations whose scientists have endorsed the UN International Panel on Climate Change (IPCC) 2021 report!

In the final analysis, it really is about humanity taking a different path than the one we’re used to as the well-known American poet Robert Frost (1874-1963) eloquently said in his poem, ‘The Road Not Taken’:

“I shall be telling this with a sigh

Two roads diverged in a yellow wood, and I –

I took the one less travelled by,

and that has made all the difference.”

Editor’s Note: The opinions expressed here by Impakter.com contributors are their own, not those of  Impakter.com — In the Featured Image: Summer of Extremes, Floods, Heat and Fire, article by World Meteorological Organization, published 16 July 2021.

Canadian Sentenced in China: A ‘Bargaining Chip’ in the Huawei Arrest?

Dr. George R. Lueddeke [PhD, MEd, Dipl. AVES (Hon.)] is an education advisor in higher, medical and One Health education and leads the international One Health for One Planet Education initiative (1 HOPE) in association with national and global organisations