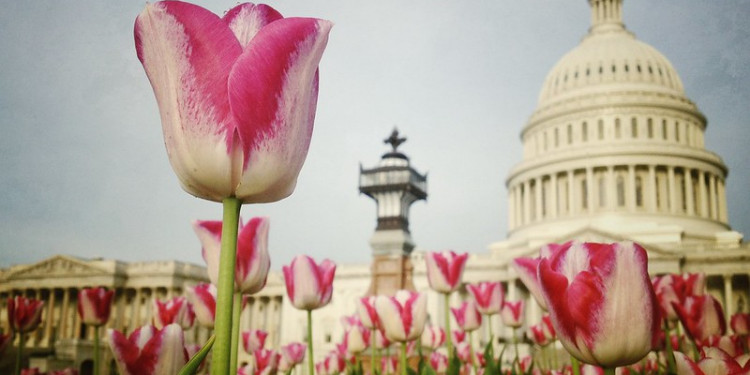 Book Reviews: The End of October by Lawrence Wright, published April 28, 2020, by Knopf (400 pages) ; The Cover Up by Oscar Sparrow, published September 19, 2019, by Gallo Romano Media (107 pages, free on coronavirus lockdown) These pandemic novels are unexpected for two reasons: it is so early in the COVID-19 outbreak that nobody expects writers to (1) come up with a meaningful fictionalized version of the pandemic, and (2) offer a perfect escapist book to try and forget our sorrows.

Yet two writers managed just such a feat: Lawrence Wright with The End of October and Oscar Sparrow with The Cover Up.

The Cover Up is a literary spoof that provokes peals of laughter and is as distant from the pandemic as can be. Yet it is relevant in that it addresses a nation’s collective reaction to what is perceived as a national catastrophe. The End of October confronts the pandemic heads on. It presents itself as a futuristic thriller but it’s a very serious book. Nothing futuristic about it, on the contrary, it’s very much about the here and now. And it poses existential questions about the pandemic we are living through, the kind of questions we all need to consider.

They are both widely and wildly different, standing as far apart as can be, at each end of the literary spectrum of possible genres. Yet both, in their own way, manage to provide us with an expanded perspective on what is happening now – which is precisely what we demand from good fiction.

Both are excellent in their own way, the kind of novel that draws you in from the first page, that keeps you reading as fast as you can, and when you’ve reached the end, you close the cover and wish it would go on. And you start thinking about it, the plot, the characters, the setting, the meaning of it all.

Let’s take a closer look at each one.

The End of October by Lawrence Wright

The book, just out, is already climbing Amazon’s rankings and has been applauded by reviewers in the mainstream media, from the New York Times (“the book not only reads like nonfiction, it is nonfiction”), the Wall Street Journal (“an eerily prescient pandemic thriller”) to the Texas Observer:

The Texas Observer hasn’t always been kind to me, but this makes up for it. https://t.co/RxmTqeBSll

As Scott Detrow said in his review on NPR, this book has “everything you ever wanted to know about pandemics.” As he put it, as we go through the worst “outbreak in a century, these stories provide a strange mix of catharsis (“I felt the SAME way that character did!” — and relief (“Welp, at least things are nowhere near THAT bad!”).

The book, already translated in Italian under the title “Pandemia” is shaking up Italy, collecting rave reviews, including from the Il Foglio’s Paola Peduzzi. In a video-talk with her from his home in Austin, Texas, Wright insisted that his book was “not prophecy, it was research.”

And he went on to explain:

“My book is modeled on the Spanish influence of 1918. I wanted to understand if today, a hundred years later, in the face of an epidemic, we would have been more ready than our ancestors. What I discovered, and what I see today reading the newspapers, is that no, we were not ready: here in America but also in Italy we suffered a lot because of this unpreparedness “.

There is no question that The End of October is extraordinarily and meticulously researched. Wright has tapped all the best, most reliable medical sources, among them the “microbe hunter” Ian Lipkin, the director of the Center for Infection and Immunity at Columbia University and Lan Quan, senior scientist at Stony Brook University.

For the portion of the novel that takes place in a nuclear submarine, he was able to tour the USS Tennessee (SSBN-743) overseen by Commander Paul Seitz and meet “the boat’s very capable and welcoming Blue Crew”. He talked to a “number of submarine officers who spoke very candidly about their underwater lives”, as he put it in his acknowledgments.

As a result, the submarine scenes are vividly real, unforgettable.

The whole book is deeply convincing – in some details, it differs from the current pandemic (for example, it starts in Indonesia, not Wuhan) but overall the similarities are (disturbingly) striking.

Wright is served by a brilliant imagination that is however restrained: He puts it on the rails of reality. And he delivers a highly (and terrifyingly) credible scenario of how a virus pandemic could develop. And can develop, alas, as we are finding out now every day while President Trump makes the most surprisingly reckless decisions, taking the country out of lockdown when the scourge is still on an upswing.

As I write, the news just broke that three of the country’s highest-ranking health officials are self-quarantining after two White House aides tested positive for the novel coronavirus. They are the government’s top infectious diseases official Anthony S. Fauci, the Centers for Disease Control and Prevention Director Robert Redfield, and Food and Drug Administration Commissioner Stephen Hahn.

If you are curious to find out what could be a likely long-term result of Trump’s decision, go read The End of October. And be prepared to be terrified. This is a very effective thriller, by any measure.

And if you wonder why you should give any credence to the information contained in the novel, take a look at Lawrence Wright’s curriculum. It is impressive.

Wright, once a contributing editor to Rolling Stone, is currently a staff writer for The New Yorker magazine (since 1992), with a long list of prize-winning articles, including two National Magazine Awards.

Also, he is not a newcomer to the ranks of bestselling non-fiction writers. He is the acclaimed author of a dozen books, including prize-winning non-fiction books, notably The Looming Tower: Al-Qaeda and the Road to 9/11 (Knopf, 2006) that spent 8 weeks on the New York Times best-seller list and won him a Pulitzer Prize for General Nonfiction. He co-produced a 2015 documentary for HBO, Going Clear, based on his book of the same name, winning many awards and is now co-producing a TV series for Hulu based on The Looming Tower.

His only novel previous to this one was God’s Favorite (Simon & Schuster, 2000), a work of historical fiction, capturing the drama of the final days of Panama’s legendary dictator, Manuel Antonio Noriega.

Finally, he is a screenwriter (the Showtime movie, Noriega: God’s Favorite), a playwright and actor (“My Trip to Al-Qaeda”, “The Human Scale,” “Fallaci”, “Camp David”) and in his spare time (if he’s got any left), he is a keyboard player for the Austin-based blues band WhoDo and a songwriter:

Here’s a ditty I wrote with my pal Marcia Ball for all you quarantinos out there. Take it away, Marcia! pic.twitter.com/pNenlDOHQR

To complete the picture: Wright is also a member of the Council on Foreign Relations and the Society of American Historians. Perhaps with such a curriculum, it should come as no surprise that the moviemaker Ridley Scott suggested he write about a pandemic novel and has now picked up the rights to produce an adaptation from the book.

The Cover Up by Oscar Sparrow

Defined by the author as an “Adult British Police Comedy Satire”, it is certainly that but it’s much more too.

This is a book lit up by fireworks – verbal fireworks and insane plot twists and turns. The Cover Up is a full-blown satire of our society, skewering politics left and right, from neo-liberalism to populism and everything in between.

On the surface, it’s a comedy that ridicules our society. It starts with the premise that the nation is facing a national emergency (just as we are). Its favorite TV celebrity called Frankie has gone missing and is presumed dead. The people unite in hope to find Frankie alive, yet prepares for grief and a grand, cathartic funeral.

The nation in question is a torn-by-Brexit UK and Frankie is not a human but a ferret who has disappeared in the sewers of London. The UK government accuses Russia of involvement when they offer an orphaned bear cub as a replacement. What if there were a cover-up?

You get the idea.

As Oscar Sparrow himself describes his book, this is a “totally outrageous satire”. His purpose? To produce, as he put it, an “exposé of the mad media-cult whirl in which we live, where news, fake news, and spin are the encrypted currencies of coercion.”

Then he warns us: “Do not read if you are easily offended. It contains foul and improper language and politically incorrect views.” With a wry smile, he concludes: “No ferrets or vegans were harmed in the writing of this book.”

If you are not afraid of politically incorrect views, I guarantee this will make you laugh. The writing is brilliant, and you know you are in the hands of a master wordsmith when a quiet residential street is described in these terms: “Large houses displayed a faded multi-occupied languid exhaustion and the noble laurel bush squalor of urban litter.”

The characters are derived (at least in part) from Sparrow’s literary companion Emma Calin who has written a delightful series of police procedurals full of (hot) romance and charming children’s books, including one featuring a ferret – yes, the ferret that appears in The Cover Up. These “borrowings” are deliberate and perhaps even necessary for a writer like Oscar Sparrow who is better known as a poet, notably the author of the remarkable I Threw a Stone collection of poems, as he forays into satire, an unexpected direction (at least for him).

But this is satire, and like all satires, the characters and the plot ultimately matter less than the underlying symbolism. The message here is clear: We have lived too long in a celebrity-obsessed society fixated on flim-flam and glitz, and the time has come to rid oneself of that obsession and return to the simple joys of nature. Hoping some such joys are left despite climate change. Therein lies happiness and nowhere else.

That is surely a message that will resonate in these times of pandemic.

The Looming Fork in the Road: Is It Avoidable?

Could the COVID-19 Pandemic Give the 2020 Environmental Agenda a Much-Needed Boost? 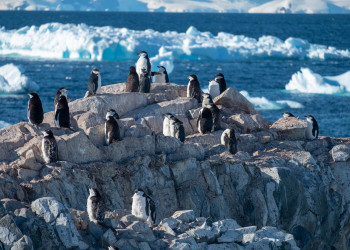 Could the COVID-19 Pandemic Give the 2020 Environmental Agenda a Much-Needed Boost?