UK Environmental Agency Says ‘Adapt or Die’ Ahead of COP26

The agency has issued a warning urging the country to prepare for climate shocks, but is this enough? 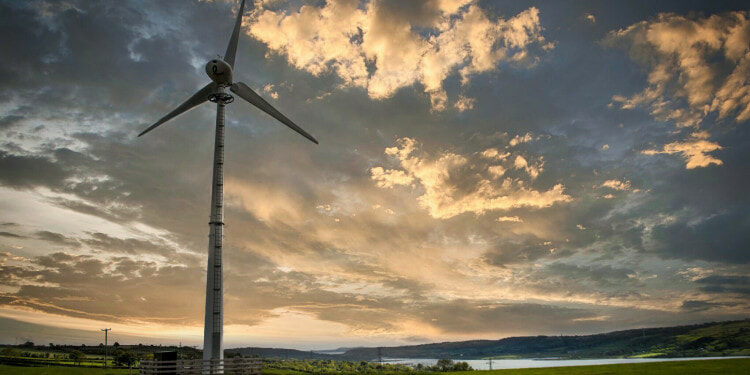 With less than three weeks until the COP26, chair of the UK’s environmental agency Emma Howard Boyd’s strongly worded “adapt or die” statement is a stark warning to the country to adapt to the already existing climate impacts of flooding, drought, and other extreme environmental conditions. The agency’s report to the UK Government contains projections of the effects of even a 2°C temperature rise compared to pre-industrial levels.

Boyd has argued that “while mitigation might save the planet, it is adaptation, preparing for climate shocks, that will save millions of lives”.

The report sets out several ways in which the Environmental Agency will work to prepare for the impacts of climate change. This includes a £5.2 billion programme of new flood and coastal defences over the next 6 years.

The Climate Change Committee’s Adaptation Committee will be assessing the Environmental Agency’s plan in early 2022 and it will be interesting to hear the results of these investigations.

Whilst COP26 has supported the report’s focus on adaptation, with adaptation being one of the Summit’s four major goals, Boyd has suggested that “it is deeply worrying that adaptation is in danger of being grievously undercooked at COP26”. It remains to be seen whether Boyd’s concerns will ring true in three weeks’ time.

Almost 200 other countries, like the UK, are working to drive national momentum in the lead up to the Summit where they will be asked for their plans to cut emissions. The International Energy Agency has commented that the current plans in place to cut global carbon emissions will fall 60% short of the target to reach net zero in 2050.

This year’s 26th iteration of COP hopes to deliver clear messages and concrete plans to ensure that countries are on a much quicker pathway to achieving net zero carbon emissions. There are many doubts being expressed as to whether COP26 will be a success.

For example, it has been reported that US Climate envoy, John Kerry, is “tempering expectations” ahead of the Summit. Some of these doubts are connected to the uncertainty over China’s participation in the Summit. All eyes will be on the conference in Glasgow which is scheduled to take place between the 31st of October and 12th of November.

John Kerry has tempered expectations for the forthcoming Cop26 summit in Glasgow.

The US climate envoy said that next month’s talks would probably fall short of the target for cuts in coal and petroleum emissions needed https://t.co/fLNTHsHyEQ

Despite welcoming the UK’s adaptation plans, COP26 has also urged that more action will be needed at a global level to “protect the billions lives and livelihoods that are at risk”.

If adaptation is going to require a £5.2 billion programme for flood and coastal defences in the UK, then countries without the funding or resources to implement such programmes will need to be supported by those that can. The UN says that whilst the number of developing countries with climate adaptation plans has increased, “there is limited evidence these plans have reduced any risks”.

"Responsibility rests with each and every country … because on climate, the world will succeed, or fail as one"

— Yesterday #COP26 President-Designate @AlokSharma_RDG called for global #ClimateAction during his speech in Paris.

The plans laid out by the UK’s environmental agency are hugely encouraging ahead of COP26. However, the plans come with a stark warning concerning the severity of these issues and questions as to whether these plans can be expanded to support more countries globally. This makes the demand from developing countries for $100 billion a year from the developed world ever more urgent and there is no doubt that this particular form of aid will become a major focus of COP26 debates.

Editor’s Note: The opinions expressed here by Impakter.com columnists are their own, not those of Impakter.com. — In the Featured Photo: ‘Eco Dreams’ – A windmill in a field. Featured Photo Credit: Chris Jones.