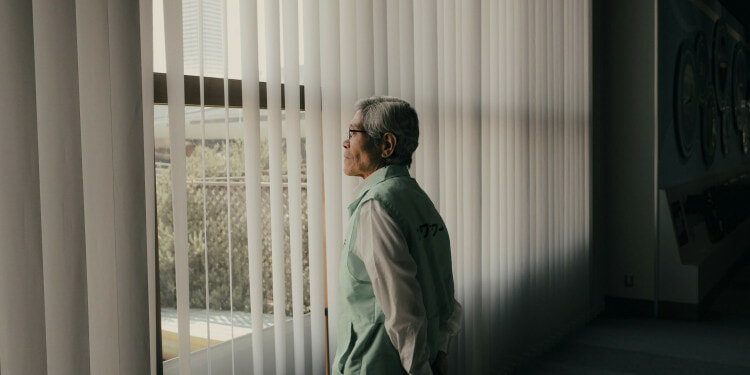 Parliament voted yesterday on an amendment to the social care cap, in a move that would heavily disadvantage some of the poorest homeowners in the UK. The social care cap means that no one in the UK will have to pay over £86 000 for their care. The change to the original proposal, however, which was hurried through parliament, is criticised for failing to protect those at risk of losing all their property to pay for essential care.

Seen as a brazen attempt to cut financial corners rather than fix underlying problems, the change will save the government £900 million a year.

Currently in the UK, in order to pay for residential social care, which involves the relocation of an elderly person to a care home, a financial assessment is carried out, in which the assets and savings of the person in question are taken into account. If the person owns her home and owns over £23 250 in assets (below that level care is provided for free), they may have to sell it in order to pay for the care.

People are eligible for financial aid towards the cost of the care from their local council if they own below £100 000 in assets, if means-testing, and a needs or care assessment, determines that the care and financial aid is needed.

The complication, however, is that the new change, approved by parliament last last night, means-tested financial aid from the council will not count towards the £86 000 limit. The cap means that people requiring residential care will only be able to stop paying for their care after they have spent £86 000 from their own personal savings and assets.

A person who is required to stay in a care facility for a long while, whose payments are supplemented by the council, will take a longer amount of time to reach the £86 000 cap. In effect, this means that people who are poor enough to require the means-tested aid, may end up paying more than someone who is richer.

In order to subsidise the new changes, the government introduced plans in September to hike National Insurance tax by 1.25%. The Prime Minister justified the breaking of the manifesto promise not to raise taxes by reference to the “global pandemic.” Labour MP Liz Kendall was among those criticising the way in which “ordinary people” were being made to “pay higher taxes to protect the homes of the wealthiest.”

Sir Andrew Dilnot, the economist upon whose research the original proposal was based, has criticised the change as not being progressive, and  “not tackling catastrophic cost for the less well off,” particularly for those earning less than £100 000 a year.

The move also reneges on a promise made in the government’s manifesto in 2019, that “nobody needing care should be forced to sell their home to pay for it.” Particularly, the move means that homeowners whose homes are in wealthier areas will have almost all their assets protected. Those in neglected areas, however, where house prices are low, may lose almost everything if they require long-term care.

Exacerbating the North-South Divide, negative effects of the social care cap proposal offloaded onto some of the UK’s most neglected areas

Sir Andrew Dilnot also draws attention to the way in which the change contributes to the tension between the North and South of England, noting that the amendment would “hit people in regions of the country with lower house prices, so there is a north-south axis to this.” According to The Guardian, analysis shows that Northerners may lose “60% of their eligible property value, compared to 20% in the wealthiest southern areas.”

Although some research suggests that the gap is expected to close over the coming years, there is still currently a massive difference in housing prices between the North and South. Further highlighting the socio-economic disparity, a report from the Northern Health Science Alliance released in September found that in the wake of Covid, those in care homes in the North had a 26% higher rate of death than elsewhere in the UK.

Historically, UK governments have often been accused of prioritising London and the South of England over the North. Andy Burnham, mayor of Manchester, recently drew attention to the divide when he criticised the cancellation of the HS2 rail extension from the Midlands to Leeds. He has criticised the government’s failure to invest properly in the North, and has called for funds to be “refocused on the areas of real need.”

The patronising “the-North-should-be-grateful-for-what-it’s-given” mentality that’s been on display over the last 24 hours is the primary reason why we have such a large North-South divide in this country.

Tory Rebellion may provide an opportunity for Labour

The vote passed with a majority of only 26 MP’s, which is not sizable considering that the Tories have an 80 MP majority. The slim majority was the result of a backbench rebellion, which saw Tory MPs criticise the government for its failure to deliver on promises, labelling the changes “unfair.”

Although urging MPs to back the amendment, Jeremy Hunt, the Conservative ex-health secretary who himself has been accused of undermining public health in his handling of junior doctor contracts, called the proposals “stingy.”

This recent revolt within the Tory party continues a trend of growing division and discontent among Conservatives. It also mirrors events earlier this month, when a similar three-line whip (a strict instruction to party members to vote a certain way) was ignored by rebel MPs when the Government attempted to protect an MP from suspension and change parliamentary rules.

Aside from stoking intra-party tensions, the move also threatens the security of Tory Seats in the North. This is reflected by the fact that many of those MPs who rebelled against the whip are from Red Wall seats – constituencies that have historically remained loyal to Labour, but switched allegiance to the Conservatives after the 2019 election.

The Tory party, according to many observers, seems to be at a point of political vulnerability. An opportunity may have arisen for many to put an end to the chronic underfunding and neglect of public services under the Conservative government. If Labour is able to convince the public of its ability to offer an alternative to the Conservatives’ policy of applying a  “plaster” to wounds, to borrow the words of Labour Leader Keir Starmer, the next election may see an end to the Conservative’s stronghold on UK politics.

Editor’s Note: The opinions expressed here by Impakter.com columnists are their own, not those of Impakter.com. — In the Featured Photo: An elderly man stares out of a window. Featured Photo Credit: Sava Bobov.