What’s The UN General Assembly Got to Do With It?

How it helps move forward action on Climate Change, the Environment and Social Justice 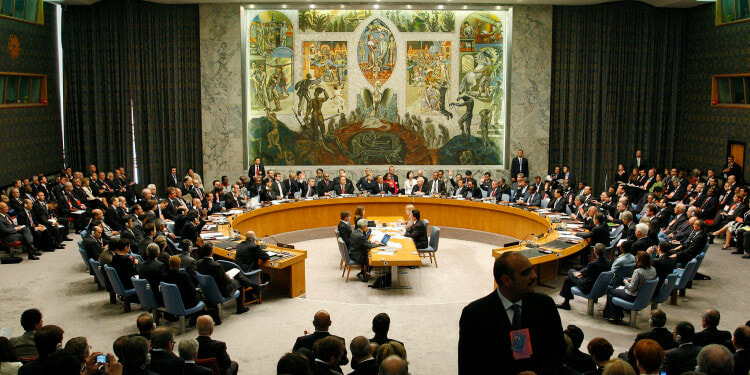 Paraphrasing Tina Turner’s great song about love and secondhand emotions some would ask what does the UN General Assembly have anything to make things better? Isn’t it a secondhand gabfest?

The answer is “No”: it has influence and impact. Here’s why:

If nothing else it focuses attention on big issues all in one place. It creates a venue and a rationale for countries and advocates to speak up and out. It brings (or zooms) dozens of country leaders to speak out and make their case to the world and national constituencies. It certainly is not a “lovefest” but often an opportunity to express vitriol about another country, politics, policies, or failures.

But this outlet is a much better one than “war.”

For example, President Biden touched on many things in his UN General Assembly speech on September 21st, including the pandemic and the need for global vaccination coverage.

The next day he virtually hosted a COVID-19 Summit and from the White House announced the call for a leader-level Global Health Threats Council, a Global Health Security Financial Intermediary Fund, support for a waiver of the World Trade Organization’s TRIPS Agreement for COVID, and a new donation of 500 million vaccines for low and middle-income countries, an additional 500 million vaccine contribution for other countries, and called for world leaders to:

UN Secretary-General Antonio Guterres laid out his “Our Common Agenda.” It touches on all the most known critical issues of our time and puts forward ways to address them in the future.

He has also spoken out on what he and many others consider a particularly egregious example of inequity. At least three billionaires have spent huge amounts on trips to space while on earth millions face deadly health situations and famine.

For many years, an impending UN General Assembly that always happens in September, galvanizes international non-governmental organizations (NGOs) to accelerate advocacy and action. Many prepare special documents explicitly for framing the global issues for future speakers, debates, and the discussion to come.

One such NGO is the Stimson Center which produced “Building Back Together Greener: Twenty Initiatives for a Just, Healthy, and Sustainable Global Recovery.”  While the title focuses on climate change concerns, the proposed initiatives run the gamut from Adopting a new global digit deal to Zoonotics, which is part of the human/animal/ecosystem interface, in other words, One Health.

The seventeen Sustainable Development Goals (SDGs) is one of the most visible United Nations projects. It serves many purposes, one of which is to create a platform to bring global concerns to the level local communities.

Building on the ingenuity and innovation of young people, there are now ways in which SDG indicators can be tracked at the local level. ‘Global Goals at Home: Indexing the Sustainable Development Goals Across the National Capital Area” was awarded the top prize at the Pioneers in SDGs Awards 2021 sponsored by the Journalists and Writers Foundation.  The Global Goals at Home initiative will track progress across Maryland, DC, and Northern Virginia in achieving the Global Goals by “localizing” UN indicators as proxy measures
at the state and local levels and identify local stakeholder groups and policy recommendations that advance the SDGs. Anticipated to launch in October 2021, it will coincide with an advocacy campaign by UNA-NCA to mobilize members, stakeholders, and partners in favor of SDG-related initiatives. This is a dashboard model that can and will be picked up by tech-savvy young people around the world, who will adapt it to deal with their communities.

The reality is that the United Nations may be imperfect, but it reaches every corner of the globe. It performs varied and unique functions in today’s polarized world, ones that cannot be replaced. As former U.S. Secretary of State Madeleine Albright said in an interview on the occasion of the UN’s 70th anniversary in 2014: “If it didn’t exist, we would invent it’:

Many reform ideas have been developed by very thoughtful people and institutions over the seven-plus decades of the UN’s existence, and hopefully, some will gain traction to expand widespread support and funding.

But there are others, of course, who believe it serves no function, and it is only a matter of time the institution will collapse from its own vulnerabilities.

They are misguided and the consequences, the counterfactual of a world without a place where voices across the political spectrum can be heard and sometimes act together, is not something we can afford to lose.

Editor’s Note: The opinions expressed here by Impakter.com columnists are their own, not those of Impakter.com. — In the Featured Photo: The UN Security Council. Chaired by United States President Barack Obama, the Security Council Summit on nuclear non-proliferation and disarmament unanimously adopted resolution 1887 (2009), expressing the Council’s resolve to create the conditions for a world without nuclear weapons. Shown here is a wide view of the vote. Photo Credit: UN Photo/Mark Garten 24 September 2009