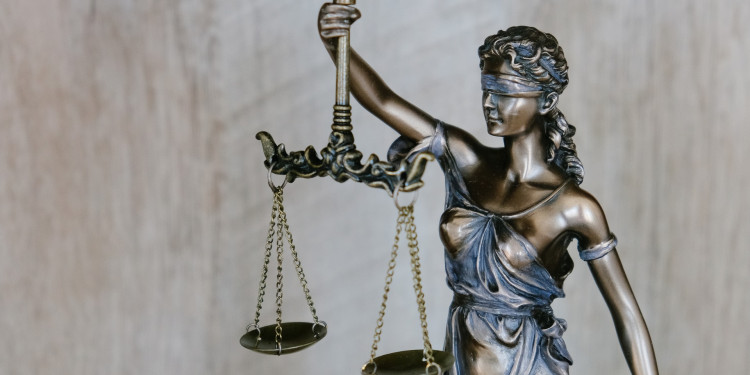 Nearly four years in, the United Nations (UN) talks to develop multilaterally agreed reforms to investor-state dispute settlement (ISDS) have now reached a critical juncture as negotiators have reconvened for May 2021, with the second half of this year likely to define the approach, ambition, and process that will lead to the final outcome.

These negotiations are held under the United Nations Commission on International Trade Law (UNCITRAL), specifically under Working Group III (WGIII), and formally began in 2017 after extensive preparatory work. The talks have now entered their third and final phase, where states will develop reform solutions to address ISDS-related concerns that they had identified in earlier phases.

This effort is an attempt to craft a multilateral response to the mounting frustrations over the current state of the international investment governance regime, especially over the impact of “old-generation” treaties, from which the vast bulk of ISDS cases emerge.

There are well over 3,000 bilateral investment treaties or treaties with investment provisions currently in force, according to the latest figures from the United Nations Conference on Trade and Development (UNCTAD). UNCTAD has mapped out the content of 2,575 such treaties, most of which are old-generation agreements, finding that at least 2,441 of these have some form of ISDS included.

Over the years, the growing body of ISDS jurisprudence has shown that the system has serious flaws in both process and substance, ultimately affecting states’ ability to regulate in the public interest and constraining their policy space. The reforms being considered at UNCITRAL are slated to be finalized and adopted by 2025, according to the current version of the draft “work and resourcing plan,” which is slated for discussion at the upcoming May session.

The first UNCITRAL WGIII negotiating session for 2021 took place in mid-February, with delegations convening virtually for five days to discuss certain issues related to how arbitrators in ISDS claims are selected and appointed; the code of conduct that these arbitrators would abide by; and the prospects of developing an appellate mechanism and other means of enforcing arbitral decisions.

This was the second session of virtual talks under UNCITRAL WGIII, with the first one taking place in October. An early session scheduled for March/April 2020 was postponed due to COVID-19. The transition to virtual negotiations has had a mixed track record to date. While it has allowed for states that were previously unable to participate to join in, along with other interested parties, this change has also exacerbated the difficulties of some delegations to engage fully, especially for those participants with limited bandwidth and poor network connectivity at home, or those struggling with competing tasks at the office.

The February talks themselves, while addressing the above-mentioned agenda items, ran up against a challenge that is likely to return in negotiating sessions to come. As noted by Anthea Roberts and Taylor St John, one of the main recurring questions was whether the talks were sufficiently advanced that the Chair of WGIII could begin putting down draft text for some of the reform solutions under consideration.

Roberts and St John note that those in favour of “structural reform including an appeals mechanism and court of the first instance, want to start developing and reviewing texts,” while other delegations were wary of crafting text at this stage, citing concerns over whether new mechanisms would be effective.

This could lead to delegations effectively missing the forest for the trees, focusing on narrow technical options without sufficient regard to how they contribute to the broader reform objectives.

The debate over textual drafting could foreshadow future tensions over how ambitious states can be, and ultimately want to be, at UNCITRAL in reforming the current ISDS system– along with what that ambition looks like. States had already determined in earlier phases of the WGIII process that reforms were needed and desirable.

However, sources familiar with the meeting noted that there may not be a consensus among states over whether an overhaul of the system is truly necessary — especially as a few delegations, private lawyers and industry groups indicated that the current system of investor-state arbitration is working well enough for their purposes — and they oppose meaningful reform, even though WGIII had previously agreed that reform was desirable.

The Road Ahead: Core considerations for states

As states gear up for intersessional work in the coming months, with this WGIII session now resuming and the next session scheduled for November 15–19, there are several core considerations that those eager to see real reforms stemming from the process should keep in mind.

Already, there is the risk that this third phase in the WGIII process becomes overly technical as states start to engage with the Chair in the textual drafting and subsequent haggling over legal language. In the lead-up to the February 2021 meetings, for example, several of the notes drafted by the Secretariat to set out options and considerations for each agenda item were highly technical and provided a proliferation of detailed options and sub-options. This could lead to delegations effectively “missing the forest for the trees,” focusing on narrow technical options without sufficient regard to how they contribute to the broader reform objectives.

To avoid getting caught up in technical minutiae, states will need to prioritize those reforms that will have the most impact in addressing their key concerns with the ISDS system, rather than spreading themselves too thin by trying to engage in an in-depth way across all reform solutions. They can also build coalitions with like-minded countries on their priority issues.

Guiding this effort will be the work and resourcing plan. The current draft, set for discussion this May, requires a close examination of how it grapples with a “two-track” negotiating approach to address both structural and non-structural reforms. Already concerns have been raised, including in a joint submission by International Institute for Sustainable Development (IISD), the Columbia Center on Sustainable Investment, and the International Institute for Environment and Development, that the frequency and multiple types of meetings proposed for the coming four years will place a hefty strain on resource-strapped delegations.

The same submission also highlights the importance of transparency and inclusiveness in the process, while ensuring that cross-cutting issues identified earlier in the WGIII talks, such as exhaustion of local remedies and third-party funding, are given the attention they deserve. Indeed, the push to start drafting text for reform solutions should not mean that critical issues, such as the calculation of awards of compensation, fall off the negotiating agenda entirely.

Laying the Groundwork for Future Reforms

Ultimately, states will also need to look ahead to what the future of the international investment regime could look like, which will require deeper and larger-scale changes. For instance, states could consider an inclusive investment-related dispute settlement system that is not just about foreign investors and host states, but also about home states and other stakeholders.

The final, multilaterally agreed outcomes from the UNCITRAL process will need to be sufficiently ambitious that they lay the groundwork for states, either in bilateral or regional forums, to develop more far-reaching reforms with like-minded partners. In their priority areas, states need to signal at UNCITRAL that they are open to innovative reforms, rather than agreeing on the lowest common denominator just for the sake of consensus.

This innovation is important—not only because it will help address some of the most entrenched challenges in ISDS but also because it will set the tone for future reforms in other forums. Setting the bar too low at UNCITRAL poses a real risk. UNCITRAL WGIII is focusing on procedural reform around ISDS, meaning that there is a risk that the substantive rights and obligations remain untouched, addressing only a limited aspect of the wider systemic problems in international investment governance.

If states are serious about ensuring that the international investment law regime is suitable for supporting the achievement of the Sustainable Development Goals, they must be ready to undertake far more extensive reforms, as noted by UNCTAD’s Reform Package for the International Investment Regime, for example.

Ultimately, the goal behind all of this work — at UNCITRAL WGIII and elsewhere — should be to ensure that the future system that underpins international investment governance supports sustainable development at its core.

About the author: Sofia Baliño is the Communications and Editorial Manager for IISD’s Economic Law and Policy program.

EDITOR’S NOTE: The opinions expressed here by Impakter.com columnists are their own, not those of Impakter.com.— In the Featured Photo: A close-up picture of a Statue of Lady Justice. Featured Photo Credit: Tingey Injury Law Firm / Unsplash

Young Women Leaders in Malawi Build Back Better From COVID-19

Young Women Leaders in Malawi Build Back Better From COVID-19