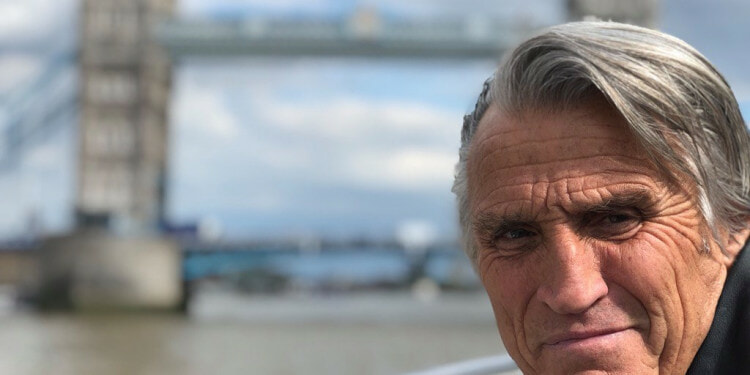 As the Duchess Megs and her beau, the cool Duke H, lifted off into the skies above London towards a diet Nirvana-lite of personal happiness, the citizens were settling down to contemplate a life not only without woke showbiz royals but also without toilet rolls.  The public was able to view such existential phenomena through a novel prism, one which few had previously experienced.

If David Cameron’s Conservative Party had been forced to react to UKIP’s electoral threat with a referendum and the Boris government had been retro-radicalized into Brylcreem haircuts and double-breasted suits by the very existence of Nigel Farage’s Brexit Party, the Blind Fear Party demanded no limp gestures like referenda, abandonment of the British constitution and general elections. It demanded revolution.

Mere Brexiteer skirmishes with the foreign johnnies over fish and silicon chips had become trivial detail along with the exclusive wardrobe and emotional angst of celebrity royals.

Comrades in Whitehall are marching and their flag is blue.

Well, maybe not quite. Gunships are making smoke ready to disguise a retreat, possibly to the printing presses in the Bank of England. If Her Majesty’s Government can borrow enough money cheaply, so well and good. The machines can turn out toilet rolls instead. If the strategy fails the two products will have similar values, if not the same usefulness.

Oh yes – then there is that damned pesky virus, that wasp at the global picnic, stinging enough to spoil the calm but not enough to dull the appetite.

Predictions of doom around the perpetual British optimism of the summer picnic are premature. Predictions of the eradication of wasps are also premature and show disrespect for the joyful indifference of Nature towards any particular species.

Yes, nothing is ever quite the same again.

Once the Blind Fear Party dissolves into ambition and policy squabbles, one is left with a far sharper focus. One is left with a profound and terrifying new talent, that of self-knowledge. A chilling sense of mortality, fragility, and humility extending beyond the individual into the joint consciousness of society itself.

Once the arm of the state folds around the grateful plebeian horde, the problem becomes one of letting them go and telling them it is because their masters love them. Love enough to increase their taxes, send them back to their insecure jobs, their zero-hours contracts, their faux self-employment, their rapacious private landlords, their 39% overdraft charges.

Love like that can hurt so much it would have been better not to have loved at all. Oh life, oh bitter tears, oh anger, oh revenge – so much better not to love unless you mean it. Knowledge of such human certainties is a luxury to a government creating policy on the run with a stubby pencil on the cardboard wrapper of a failed viral swab.

Yet, deep in the ground of awakening spring lie the withered corms and rhizomes of a long-forgotten flower. I speak of the love that dare not wave its flag. Socialism. The evil comrade wizards of Sanders, Melenchon, and Corbyn have been dispatched. The British Labour party has become a neo-liberal transgender rights pressure group combined with a fancy dress party yahoo environmentalism with a depth like – Go, Girl Greta, yo. No skoolin’ no foolin’. The girl got truth in her youth.

The only red thing many Labour politicians would recognize is a London bus on Westminster bridge. This Metro-rump parliament mooned their buttocks at the Brexit voting horny-handed sons of toil who elected them.  The once-powerful Trades Union Congress grumbles and mumbles and stumbles like a geriatric Casanova at a # Me Too rally, out of era, out of penetration.

In my beloved France, François Hollande left his red flag in a couple of bedrooms and prematurely withdrew on a Vespa scooter without passion but a neat swerve around a parked economy.  And yet the thrusting red bloom will always draw the eye to where the artist places it in his creation.

Sanders may be gone but his youthful supporters will be here for decades. Poor old Jezzer Corbyn split himself in half while sitting on the Brexit fence but pulled half a million members into the Labour party.

These folks were not a mob of firebrands looking for a barricade. They were what was once called the salt of the earth. They bought the message of fairer shares, proper housing, and funding for the National Health Service. Like Corbyn they did not know how to pay for it but knew for sure they would not pay 39% interest to the banks.

So back to the future.

COVID-19 will leave many scars and deep oozing wounds of sorrow. We will overcome it and blithely wait for the next global emergency with our normal studied untreated stiff upper lip disease. We will allow antibiotic resistance to develop because there is not enough gain in producing products that do not treat long term profitable conditions.

These decisions are not in the hands of the powerless masses.

But not all is gloom. In Great Britain, we have seen ourselves in the mirror. We are looking at a million souls suddenly claiming social security benefits and that is just the beginning.

If I were a General I would be sending my recruiting sergeants to mingle with such citizens armed only with the message “Grievance”. I would show them footage of the gilets jaunes on the streets of Paris.  A whole Uber generation on zero-hour contracts or gig fake self-employment is miraculously visible to society, to each other and also to themselves.

The neo-libs need a vaccine and quick.

Nothing will ever be quite the same again. From Brexited blue passport London, Brussels looks a long way away, but maybe no further than it does from  Rome, Paris or even Berlin.

The response to the COVID 19 emergency is being led by individual nation-states. The neo-liberal cell wall has opened and swallowed the RNA of a replicating alien life form.

Next year at Davos there will be antibodies. On my satellite TV, I’ve watched serious Prime Minister Conte on Rai News and grave President Macron on BFM. They have spoken with passion of family, nation, and community.

They have closed borders. Cool dude Trudeau got woke and closed borders.  I have watched Boris, his Churchillian ambiance reduced to a bumbling quiz show anchor by the presence of experts at his side. I have watched Ursula Von der Leyen, elegant, measured and bureaucratic, somehow managing to turn a life and death struggle with the EU ship’s wheel into a video game joystick operating a banking algorithm. Like any boat, it floats only because it is hollow.

In the meantime, Putin sends planes to assist the Italians and respirators to bail out poor old Don. I’ve heard that Mike Pence is so grateful he calls him Vlad the Inhaler.

So far there are no Spitfires over London although over and over the media churn out the predictable wartime clichés. Yes, there are heroes on the front line but the struggle lacks heroic glory. The dog walker or the work-mate is an enemy, a disease carrier.

We keep our distance and suddenly realize what we no longer have in our lives. For sure we have National identity and we have the economics of Socialism. We have the image of the strong leader. The police can ask for your papers. We still have choices.

When all this is over, please feel free to hug me. And puh-lease all you lib dudes, you can call me Comrade.

A few minutes ago I had put this feature to bed. My partner came to tell me it was 8 o’clock and time to go out to clap my hands and beat my saucepan for the guys in the front line – the medics, the refuse collectors, the postal workers, the care providers and on and on.

Last week there were a few faint noises. This week there was a discordant harmony of deafening passion. Whoever was clapping out there beyond me could have been Brexiteer or their enemy Remoaners. If we don’t join hands now we deserve to face the future with a neo-liberal identity of individual perfection. Alone.

The above opinions are entirely my own. It is rare but intensely gratifying when people agree with me.

Please note that in response to the COVID situation,  I have made all Oscar Sparrow and Emma Calin Gallo-Romano ebook titles freely available. Many folks are confined indoors and many have little or even no income. It is just a small thing I can do, humbly aware of the sacrifices and courage of many others. Owing to the Byzantine pricing structures with Amazon there may be some delay in their price matching in some territories. In such a case all titles are available for free on the Gallo Romano website.  https://smarturl.it/CovidFreeReads

Editor’s Note: The opinions expressed here by Impakter.com columnists are their own, not those of Impakter.com. In the Featured Photo: Oscar Sparrow, London Bridge  — author photo

China’s Development Model and its Political and Economic Implications

Oscar Sparrow is a novelist, poet, editor and audiobook producer at Gallo-Romano Media.  In another universe, he was the art guy at Interpol London.