We Stand Against Racism Everywhere 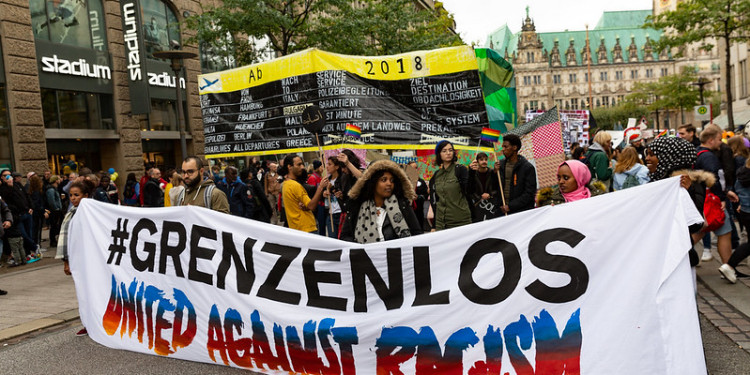 We at Impakter stand against racism wherever and whenever it has occurred and is still occurring. We share this position with our sister publication, Impakter Italia, and we are happy to publish these two pieces, one documenting a recent European Union survey on racism in Europe and Italy and authored by Eduardo Lubrano; the other dating back to 2018, a report by Mauro Pasquini on the shocking personal experience of a 20-year old of Haitian origin who suffered unconscionable racist discrimination when looking for a job in the province of Venice.

Europe, and Italy, more racist than is generally believed

We now have learned quite a lot about the assassination of George Floyd in Minneapolis. An event that has generated street protests and once again raises the question of whether the United States will ever get rid of the problem of racism.

But is the Old Continent so immune to racism? With its presumption of having explained culture to the rest of the world and feeling strong in its history and traditions, can it really point the finger at the USA? Some research and surveys say no. Quite the opposite.

The European Union, through its Fundamental Rights Agency (FRA) has recently carried out an investigation called “Being black in the EU“. This was the second Minorities and Discrimination survey. Carried out in 2018, it drew on the experiences of nearly 6,000 black people in 12 EU Member States.

Migrants or children of immigrants were asked to describe their experience of living in the Old Continent: small and large abuses, deep and widespread prejudices, verbal and physical violence, fear.

The survey’s main findings leave no room for doubt that racial discrimination is deeply entrenched in the European Union:

And Italy finding itself at the top of some of the rankings is not something to be proud of.

Nearly half (49%) of those interviewed who live in Italy report having suffered racist harassment against a European average of 30%.

Four out of ten people (39%) said they had trouble finding a home for racial reasons. It is the highest rate in Europe together with Austria.

Italy is also the country where job seekers feel more discriminated against by the color of their skin: again nearly half (47%), against an average of one quarter (25%) for the whole of Europe.

We at Impakter Italia reported in an article published in 2018 an episode that symbolizes, evidently among many, the difficulty of finding work in Italy due to the color of the skin.

This is the story of a 20-year-old looking for a job in the civilized province of Venice.

She agrees by telephone with the manager of a restaurant to come for a job interview. But in the interview, the man realizes that that girl is black. So, no work. “Sorry, it’s not bad, but I don’t want black people in my restaurant. It could disgust my customers, it might suck that you touch their dishes. ” With these chilling words, the manager dismissed the girl.

She is Judith Romanello, of Haitian origin but adopted when she was very young by a couple from Spinea, common in the province of Venice. She has Italian citizenship, grew up in Italy, speaks with a Venetian accent, so much so that the manager had felt “reassured” on the telephone and had agreed to schedule an interview.

It is certainly a relief that the mayor of Venice Brugnaro apologized to Judith on behalf of the whole city and that he called the manager of the restaurant “a licensed idiot”.

But no official stance can divert attention from the fact that this is not an isolated episode. Rather, we are faced with yet another conscious and voluntary act of racism. We are witnessing a progressive loosening of the inhibitor brakes.

Individuals now dare where yesterday they would not have had the courage. A gesture of such gravity can in no way be associated with general discontent, fear of the future, the growing gap between rich and poor.

Putting sociological explanations in the middle would mean justifying this type of behavior. In a case like this, one must have the courage to say that it is racism, unbridled hatred, contempt for others, without ifs and buts.

At the time Impakter concluded that the problem is that hatred and racism today can take advantage of a certain broad ideological coverage from politics and the media. [Translator note: This refers to the wave of xenophobic, sovereignist anti-immigrant populism in Italy led by Matteo Salvini]. But a society that for convenience chooses not to isolate these people [who expound racist theories], and indeed minimizes their faults so much that they almost turn them into heroes, is a society destined to degenerate into social disorder. And in the coming social disorder, those who suffer and risk most are precisely those discriminated against.

That conclusion, written two years ago, is sadly confirmed today by what is happening not only in America but also in Europe, as shown by the FRA survey.

Racism in the rest of Europe

According to the survey, one in four African-born citizens has been arrested by the police or border guards at least once in the past 5 years. 44% of them say that the detention should be attributed to racial reasons; and 16% say they have undergone disrespectful treatments.

Five out of every 100 African or Afro-European citizens report having suffered at least one episode of physical violence. And of these, fully 11% point to law enforcement officers as torturers. It is highly likely that the actual numbers are much higher. Indeed, these are facts that generally remain hidden because 63% prefer silence, out of distrust in the authorities, and out of fear of retaliation.

So is it all the fault of the police? Absolutely not. The survey notes that the vast majority of the reported violence concerns strangers (61%), but also neighbors and work colleagues.

Discrimination cases occur in the education, work, and home sectors, with over a quarter of respondents who reported having suffered unequal treatment in at least one of these areas” in the five years preceding the study. 14% of respondents reported they could not rent a house from a private owner because of their origin.

In short, racism appears in all walks of life. It concerns everyone, everywhere. And it needs to stop.

In the Featured Image: Demonstration/Parade Hamburg (Germany) 29 September 2018: 30.000 hit the streets for a parade of solidarity, unity, dignity, and rights for all. Against racism, right-wing populism, and anti-social politics, this is the Grenzenlos poster. Source: Flickr

Financing COVID-19 Stimulus: Will high levels of public debt come back to haunt us?

Financing COVID-19 Stimulus: Will high levels of public debt come back to haunt us?