We Won’t Change to Save the Planet, in fact We Won’t Even Try

A Climate Survey conducted across 10 countries including the US, UK and France suggests few are willing to adapt their lifestyle to save the planet 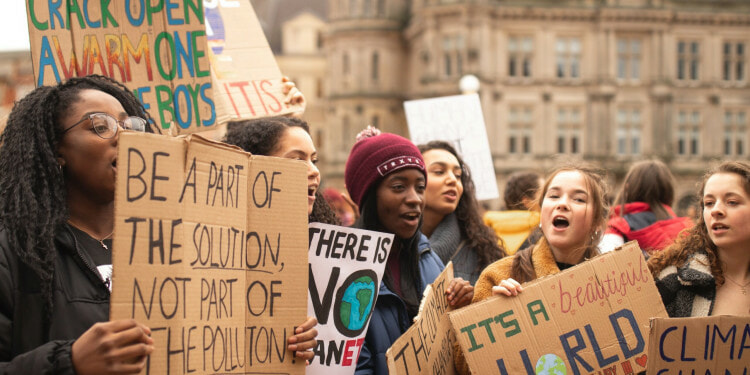 A new survey has been conducted taking into account data from representative samples of more than 1,000 people. The survey is made up of individuals from the US, UK, Spain, France, the Netherlands, Germany, Sweden, Poland, Singapore and New Zealand.

While many said they were worried about the climate crisis the data gathered would suggest most believe they are doing more to protect the planet than anyone else. Few are willing to make big lifestyle changes and a large amount of blame is being placed on their governments.

The survey states that “The widespread awareness of the importance of the climate crisis illustrated in this study has yet to be coupled with a proportionate willingness to act.” Awareness and action are not currently aligning globally and that can only fuel the climate crisis.

Emmanuel Rivière, director of international polling at Kantar Public, carried out the survey in late September, which they have held off publishing in order to coincide with the COP26 climate conference in Glasgow.

How can being a negotiator at #COP26 actually change people’s lives?@archieyounguk helps to break down what it means for 197 countries to negotiate the decisions made at COP26, and come #TogetherForOurPlanet.

Rivière believes the survey contains “a double lesson for governments”. Firstly they must “ measure up to people’s expectations. “But they also have to persuade people not of the reality of the climate crisis – that’s done – but of what the solutions are, and of how we can fairly share responsibility for them.”

Responses put climate change into perspective with a massive 62% of people surveyed placing climate change as the main environmental challenge facing the world. Factors such as air pollution (39%), the impact of waste (38%) and new diseases (36%) all trail comparatively.

This allows us to see how the climate crisis is concerning people globally. Even if we just consider the fact that people are about half as concerned about new diseases as they are about climate change and we are living through a pandemic of a new disease that has claimed millions of lives.

When asked to rank their personal action against the likes of their governments, business, the media, people in general see themselves as being much more committed to the environment than others in their community or any institution.

Data says 36% considered themselves “highly committed” to protecting the planet. Only 21% believed that to be the case for the media and only 19% rated their local government in this way. A measly 18% felt their local community was as committed as they were individually with national governments (17%) and big corporations (13%) facing the harshest judgment in the survey.

Latest research reveals that while people recognise the climate crisis, a large gap exists between awareness and action. @emmanuelriviere considers whether society is ready to take vital steps to limit the impact of human activities on the environment: https://t.co/h4OIB5Qz5l

Despite their “highly committed” claims, respondents were uninspired about doing more personally. Around 76% of those surveyed agreed they would be willing to accept stricter environmental rules and regulations yet 46% believe there was no need for them to change their personal habits.

When asked about taking individual climate action 51% said they definitely would, sadly 14% said they definitely would not and a rather large 35% claimed to be torn. Globally attitudes to climate change differ, even between neighbours, those most willing to act came from Poland (56%) while one of the nations least willing to act was Germany (44%). Their borders may be joined but their citizens appear extremely divided on their attitudes to the climate crisis.

Related Articles: Climate Crisis: Why Should We Panic Now | How Climate Change Affects Health and How Countries Can Respond

People provided a plethora of reasons for their less than enthusiastic response to do more for the planet. The most favoured at 74% was that they already “feel proud of what I am currently doing”, a whopping 72% placed the blame elsewhere citing “There isn’t agreement among experts on the best solutions”, while 69% felt uninformed stating “I need more resources and equipment from public authorities.”

Some surveyed did provide more personal reasons with around 60% saying they simply “can’t afford to make those efforts” while 39% claimed they “don’t think individual efforts can really have an impact.” Around 33% claim they are too busy and “don’t have the headspace to think about it”. Possibly the most damaging statistic is that 35% of those surveyed “believe environmental threats are overestimated”. As we watch the planet warm and oceans rise it would appear climate change doubters are still out there.

When considering what measures should be prioritised to preserve the planet people gave more value to measures that were already established habits such as reducing waste and increasing recycling (57%). Other measures prioritised were reversing deforestation (54%), protecting endangered animal species (52%), building energy-efficient buildings (47%), and replacing fossil fuels with renewable energy (45%). These things are not within the control of the individual, perhaps that is why they chose them.

In fact, measures that could affect their lifestyles seemed considerably less important, reducing people’s energy consumption was only seen as a priority by 32%, while favouring public transport over cars (25%) and radically changing our agricultural model (24%) were all given little support.

Falling even further was reducing plane travel and charging more for products that did not respect environmental norms were important to preserve the planet (23%), banning fossil fuel vehicles (22%). The lowest priorities were reducing meat consumption (18%) and international trade (17%).

It can be alarming to see that people are so aware of the climate crisis and yet so unwilling to do anything about it if it impacts them personally. Climate action can start at home and it is perhaps time more people committed to a personal change instead of waiting for governments to make it law.

The survey surmised that “Citizens are undeniably concerned by the state of the planet, but these findings raise doubts regarding their level of commitment to preserving it. Rather than translating into a greater willingness to change their habits, citizens’ concerns are particularly focused on their negative assessment of governments’ efforts.”

This is of course backed up by the data they found that showed individuals gave themselves the highest score for commitment everywhere except Sweden. Only in Singapore and New Zealand were national governments seen as highly engaged. The largest gulf between citizens’ view of their own efforts (44%) and that of their government (16%) was in the UK.

This survey is a reminder to all of us that climate change is tackled on every scale. It is not just the big industries and the governments that are responsible for changing the tides, we play a part. If we can claim to be highly committed to preserving the planet then surely individual action should rank higher?

An article published by the BBC claims big lifestyle changes are the only answer in the fight against climate change. While it appears we can’t change and won’t even try, our climate is doing so very rapidly and it appears the buck stops with us.

Small steps may be all we are currently capable of, vegetarian Mondays, taking the train to work once a week, looking into electric cars or a staycation over aviation but those small steps all add up and perhaps with enough individual effort we can change the climate. This time for the better.

Editor’s Note: The opinions expressed here by Impakter.com columnists are their own, not those of Impakter.com. — In the Featured Photo: Protestors hold signs at a climate change demonstration. Featured Photo Credit: Callum Shaw

A ‘World First for Art’: A Museum in the Netherlands Displays Entire Collection

A ‘World First for Art’: A Museum in the Netherlands Displays Entire Collection