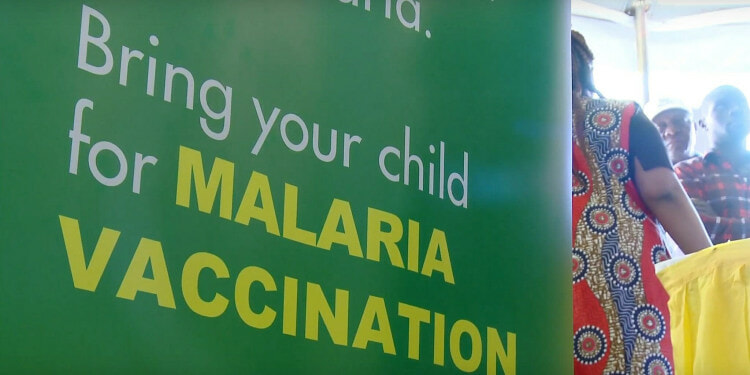 The World Health Organisation (WHO) has approved the rollout of a vaccine for Malaria across Sub-Saharan Africa and other areas with high rates of the disease.

The vaccine, named RTS,S, was developed by the British pharmaceutical company, GlaxoSmithKline (GSK). It was proven to be effective six years ago, and since then, it has been rolled out through pilot schemes in Ghana, Kenya and Malawi.

The director general of the WHO, Dr Tedros Adhanom Ghebreyesus, stated at a press conference: “I started my career as a malaria researcher, and I longed for the day that we would have an effective vaccine against this ancient and terrible disease. And today is that day, an historic day. Today, the WHO is recommending the broad use of the world’s first malaria vaccine.”

The vaccine, while only around 39% effective on its own in preventing malaria, gives an efficacy of 70% when combined with other antiviral drugs.

A child dies from #malaria every two minutes.
One death is one too many.

The approval of this vaccine will undoubtedly have wide-reaching positive effects. Malaria is one of the oldest-known and deadliest diseases. It is the fifth leading cause of death from infectious diseases worldwide, and mostly kills infants and babies. For this reason, we will likely see infant mortality in areas affected by malaria decrease significantly over the coming years.

Reducing the number of deaths from malaria could also drastically reduce poverty and improve quality of life. A modelling study showed that the vaccine could potentially save 23,000 deaths in children under 5 years old every year.

The disease is found in more than 100 countries in the world, mainly in tropical regions. Nearly half of the world’s population live in areas at risk of malaria transmission. It is especially deadly in Sub-Saharan Africa, where many do not have access to medical treatment. The WHO estimates that in 2019, 94% of malaria deaths were in Africa.

The pilot schemes seem quite long, compared to the trials of COVID-19 vaccines, but in that time, experts have gathered a lot of data, and delivered 2.3 million doses. It should be noted that part of the reason why malaria has been so difficult to treat is that the virus is much more complicated than COVID-19covid. There are also more than 100 types of malaria parasites, with RTS,S focusing on just the most deadly and common one.

There were also fears that the vaccine would be difficult to roll out, as it requires four doses, each one months apart. But the good news from the pilot schemes is that the vaccines were able to reach children who did not have access to mosquito bed nets, and that the vaccine is cost-effective.

Now that we know the results of the vaccine combined with other drugs is very good, this will make vaccination worthwhile. While the vaccine will reduce deaths, it will also lower cases, an important factor considering that the disease can permanently alter and weaken the immune system.

Rolling Out the Vaccine

One thing seems clear from this: the rollout of this vaccine is key. The pilot schemes show impressive results, but it will be crucial for medical professionals to have access to both the vaccine and the antiviral drugs to make this treatment as effective as it can be.

We have already seen a global covid vaccine disparity that hit Africa the hardest. This disparity must not happen with the malaria vaccine as well. It is imperative that Sub-Saharan African countries have the resources and funding to deploy this vaccine effectively in partnership with GSK. Make no mistake, the vaccine approval is very good news— but now it’s time to fight this disease.

Editor’s Note: The opinions expressed here by Impakter.com columnists are their own, not those of Impakter.com. — In the Featured Photo: Sign, stating “bring your child for malaria vaccination”. Featured Photo Credit: GHTC, CC via Wikimedia Commons.

The Future of Global Health and Financing: Real Change or “Plus ça change”?

Poland Threatens  European Rule of Law: Is EU at Risk?

Poland Threatens  European Rule of Law: Is EU at Risk?